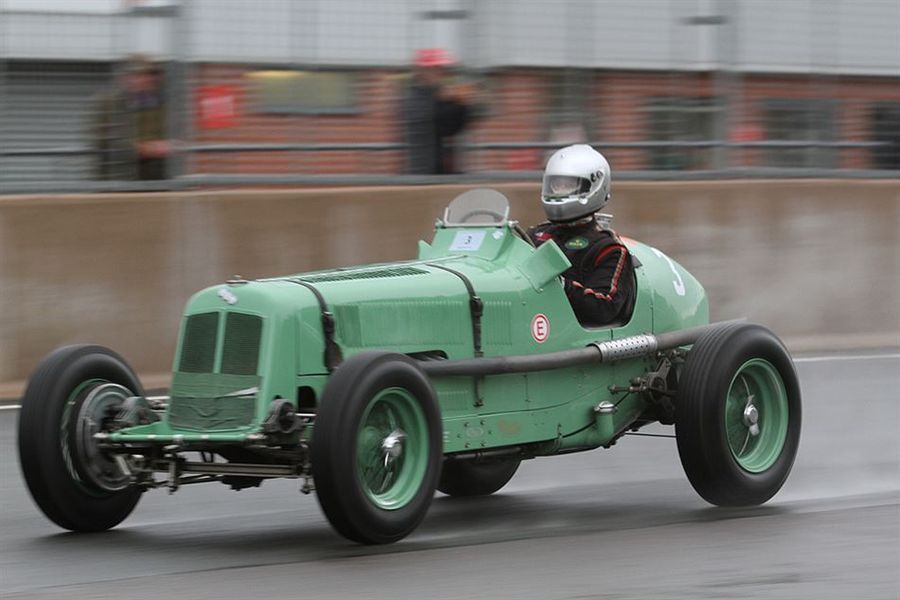 The VSCC’s Formula Vintage returns to the parkland of Oulton Park for round two of the series tomorrow, Saturday May 19th. The day is filled by a ten race programme including the organiser’s Vintage, Pre-war, Standard & Modified Sports Cars, Pre-1961 Racing Cars and Special Pre-war Sports Cars fields.

Going the VSCC regulars are the fPirelli Ferrari Classic Formula Series, the AR Motorsport Morgan Challenge and the always entertaining F3 500’s who all add an interestingly varied content to the day.

In 2017, despite wet weather, Dougal Cawley won the Oulton Park Trophy in his GN/Ford Piglet, with the Amilcar Hispano Special of Tom Walker taking the Boulogne Trophy and Mark Gillies winning the Hawthorn Memorial and Spanish Trophies Race in ERA R3A. Will these prolific racers see their names top of the rankings again this year with a dry track looking likely or are the being wet weather specialists at the Cheshire?

Oulton Park offers superb spectating vantage points for not only the ten races but also the lunch time parade. Untimed practice runs for half an hour from 08.30 on Saturday morning with official practice commencing at 09.08 and racing from 13.00.