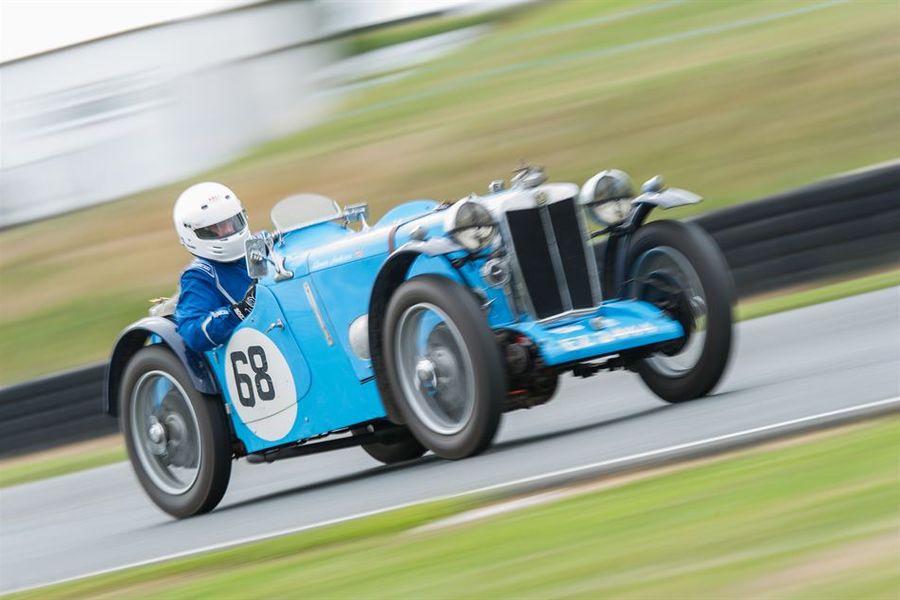 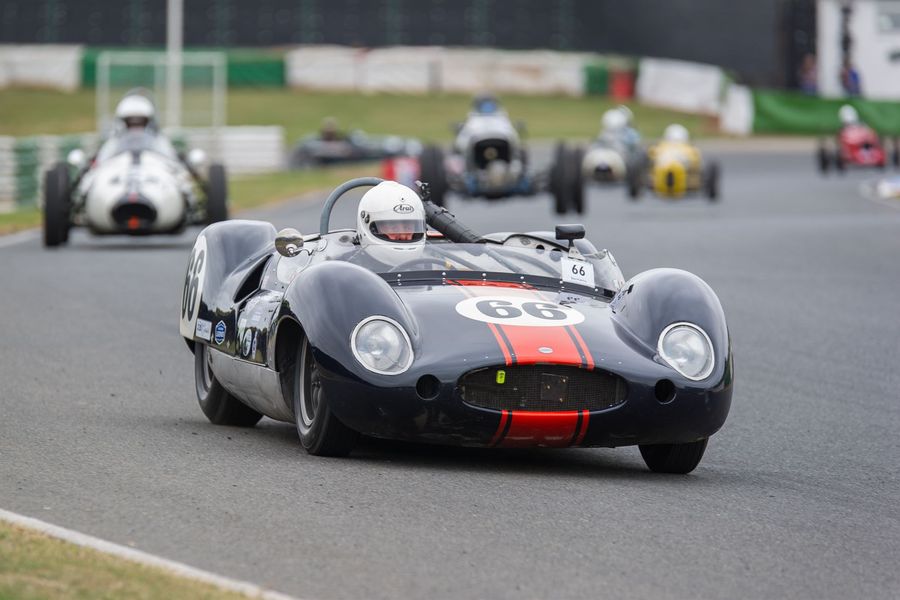 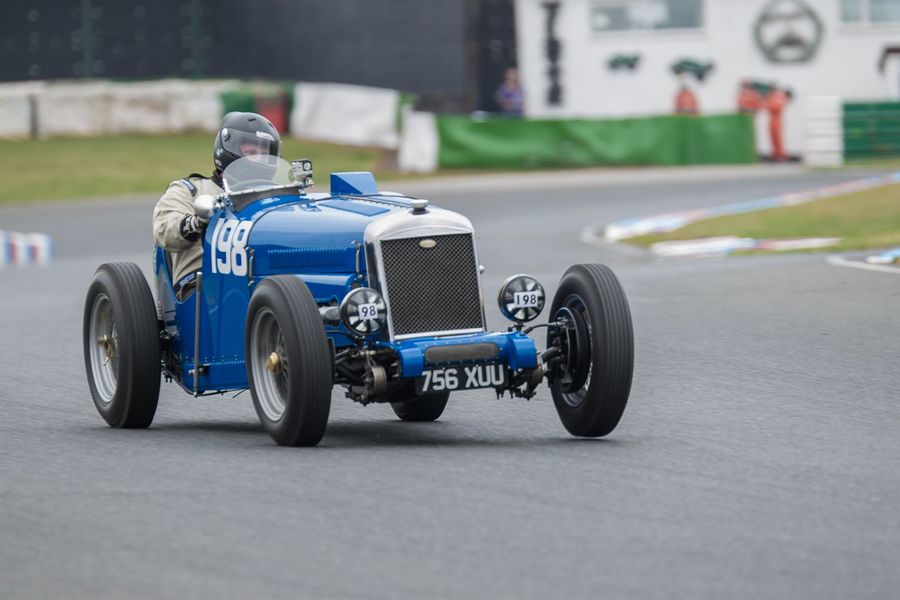 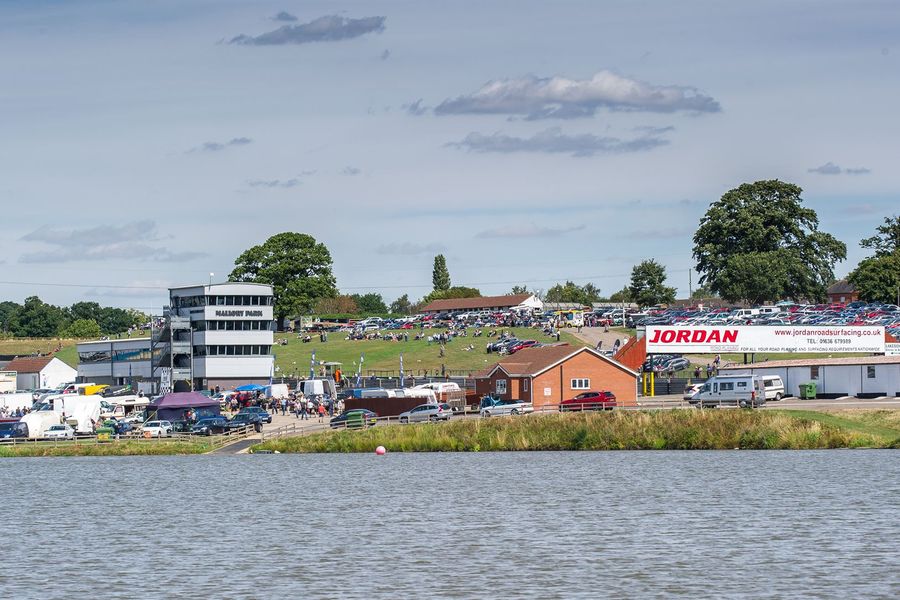 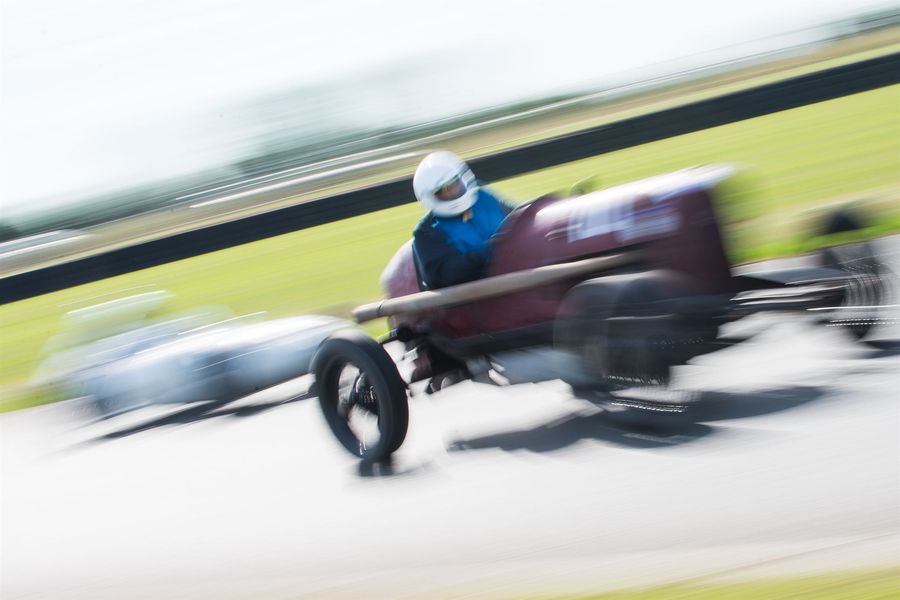 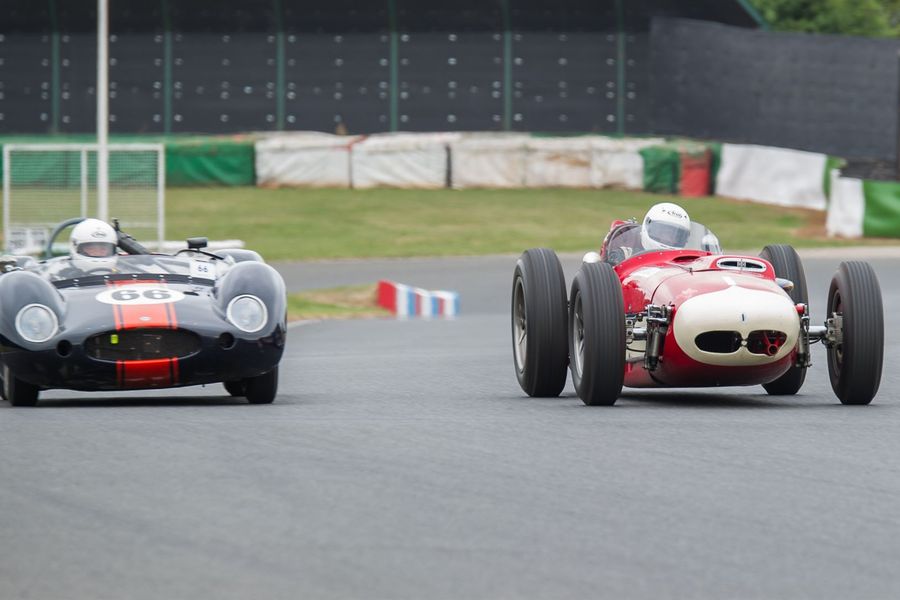 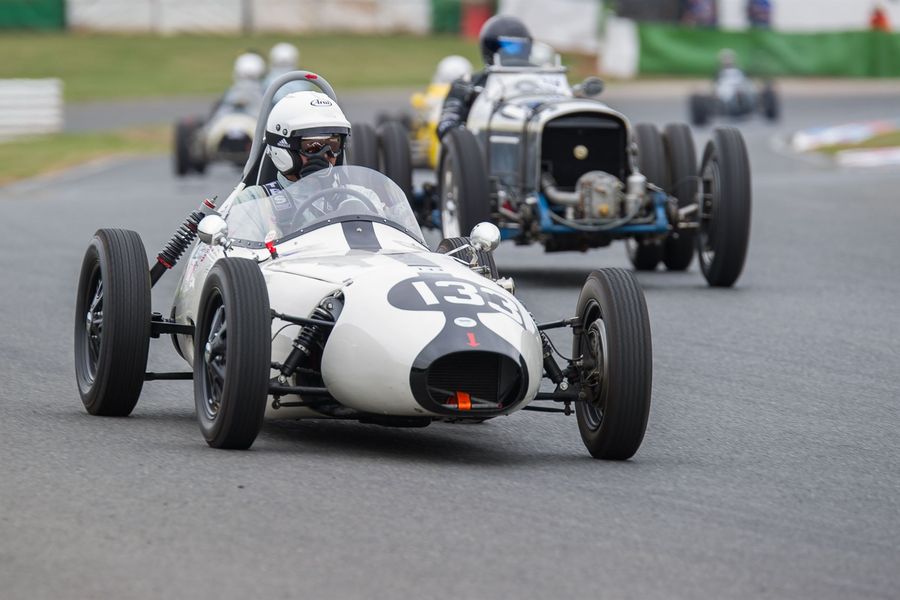 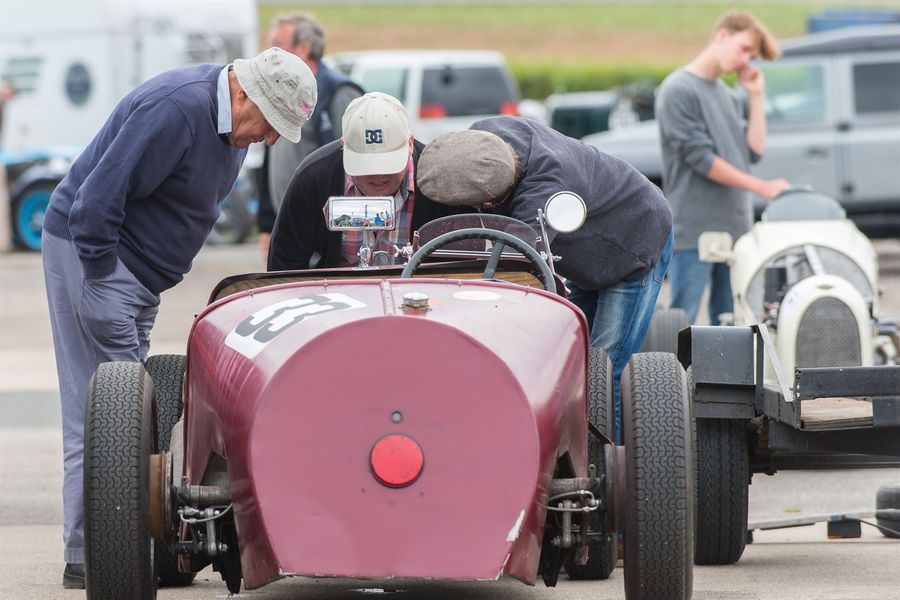 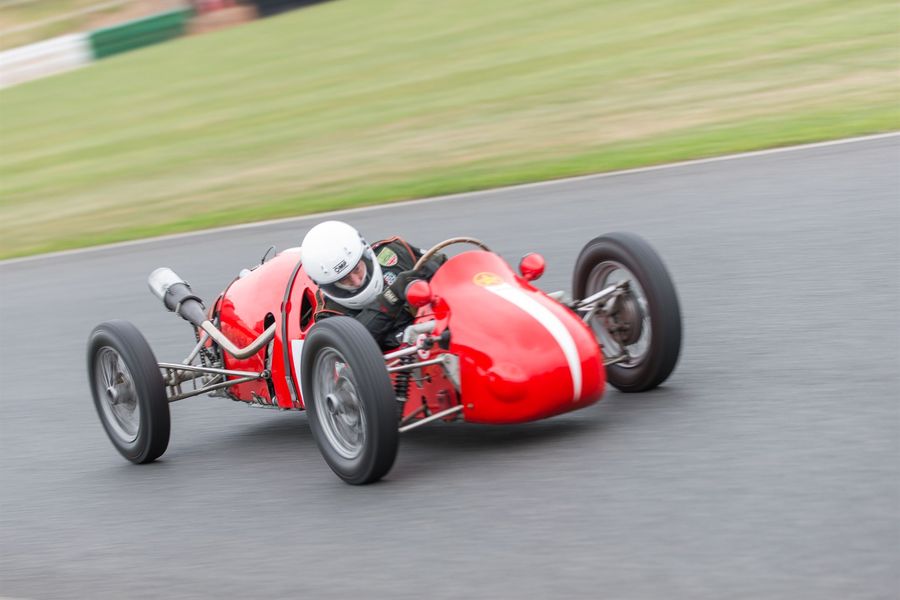 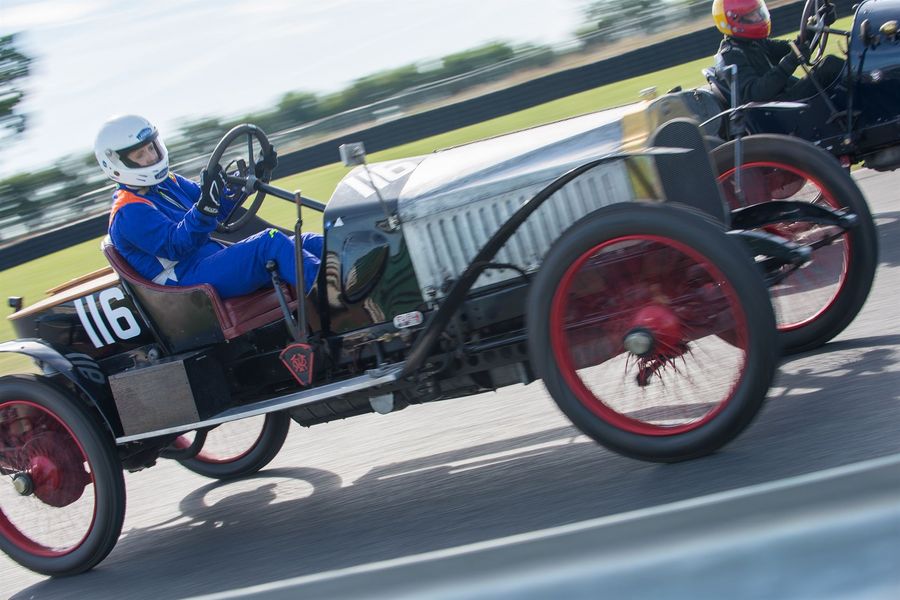 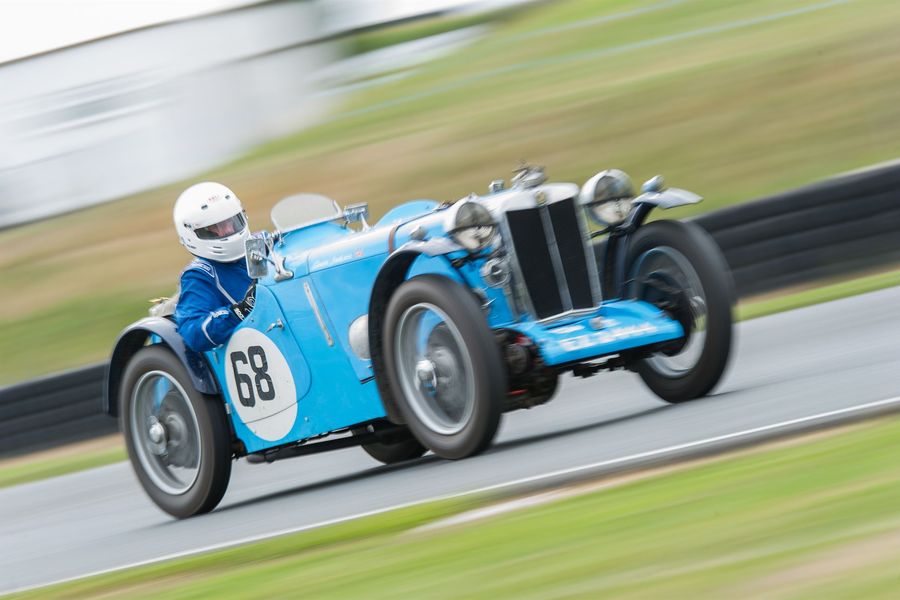 Round four of the 2018 Formula Vintage season took place at Mallory Park Circuit on Saturday 11th August - click on the Gallery tab for pictures from MIke Groom!

The 12 race programme also saw the inaugural running of the Herbert Austin Challenge with competitors from both the VSCC and 750MC taking part in this capacity grid demonstration of A7 Racing. The two leading clubs for Pre-war Austin Sevens came together in a 10-lap Handicap Race with VSCC regular Christian Pedersen at the back of the grid and Greg Swan being awarded an extra credit lap for the race following practice earlier in the day.

By the eighth lap a clear battle between Max Fraser of the VSCC and Mike Harvey of the 750 MC was taking place, which ultimately resulted in Fraser taking the win by 3.65 seconds. Despite a VSCC race win, it was the 750 Motor Club who came out on top, achieving a cumulative team total of 140 points, just 8 points ahead of the VSCC.

The Edwardian Handicap Race for the Dick Baddiley and Edwardian Racing Trophies was hotly contested, Duncan Pittaway's 1913/18 Monarch Special crossing the finish line less than one second behind Andrew Howe-Davies in his 1911 Scat Racer who look the top spot and the Dick Baddiley Trophy. VSCC Young Member Hughie Walker and the 1913 Theophile Schneider Aero was awarded the Edwardian Trophy, finishing fourth in the race, just behind Julian Ghosh in his 1913 Vauxhall 30/98.

The dedicated Under 30s Handicap Race saw David Seber in his 1935 Wolseley Hornet Special race to victory over Angus Frost in his 1929 Morgan Super Aero, and Ben Maeers in his 1930/28 Morgan Rip Special. Whilst the podium saw three young men take the top spots, a quarter of the grid was represented by the club's young female racers. The youngest driver in the race will was Louis Parkin, who at 18, completed his second race with the club at Mallory Park. Another competitor new to the VSCC Racing scene was Sandford Andrews who showed great promise finishing seventh on the grid in his first ever VSCC Race. 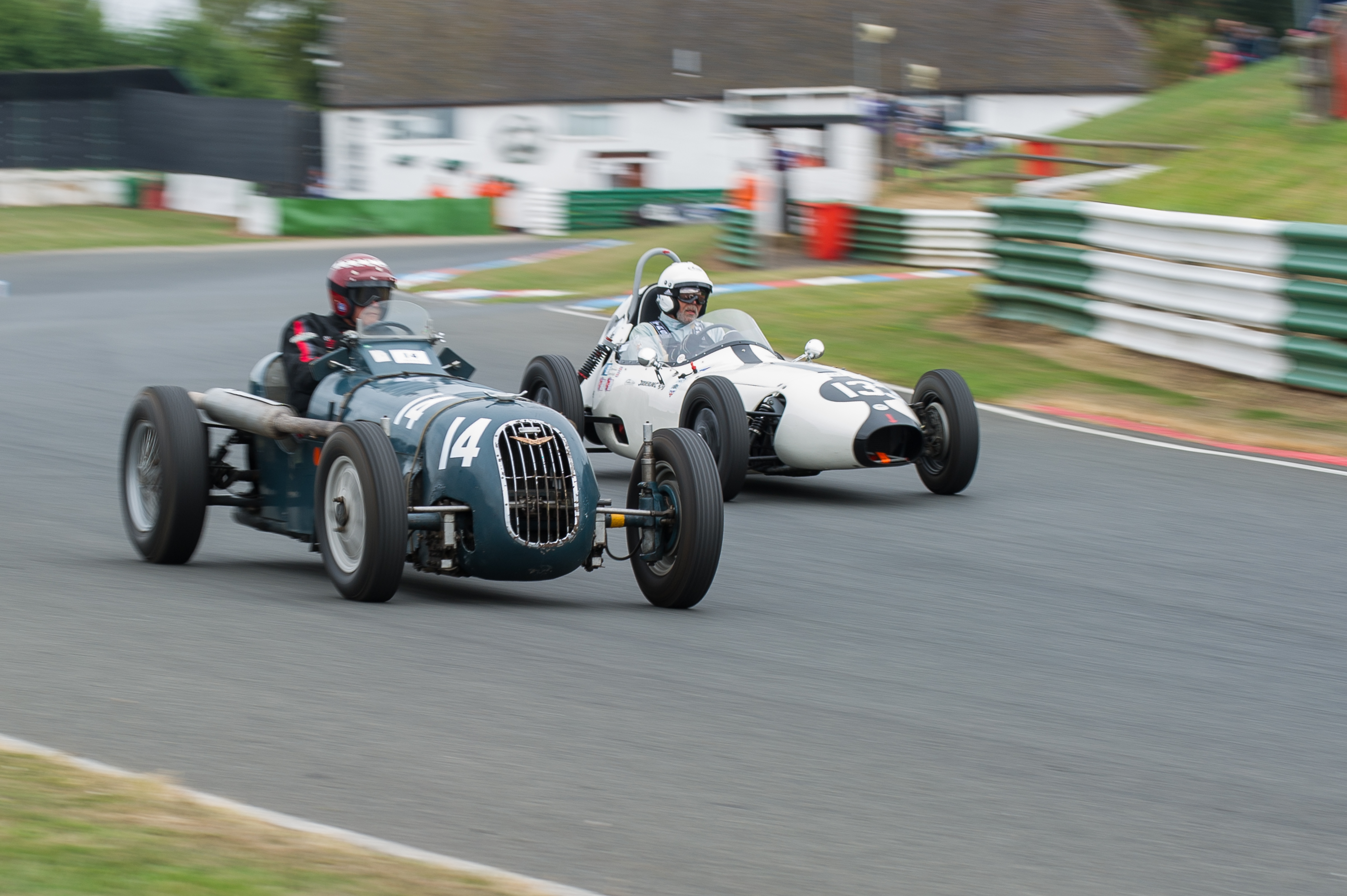