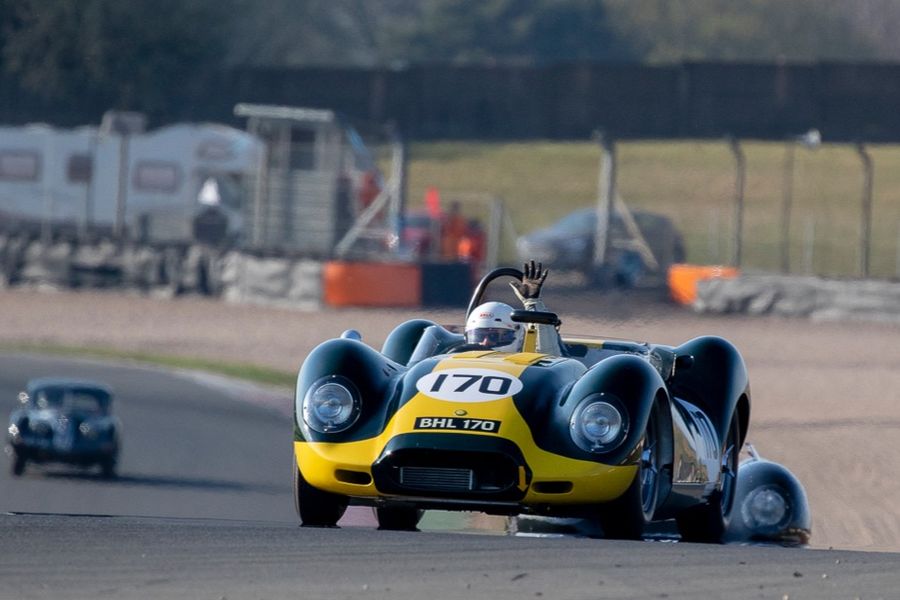 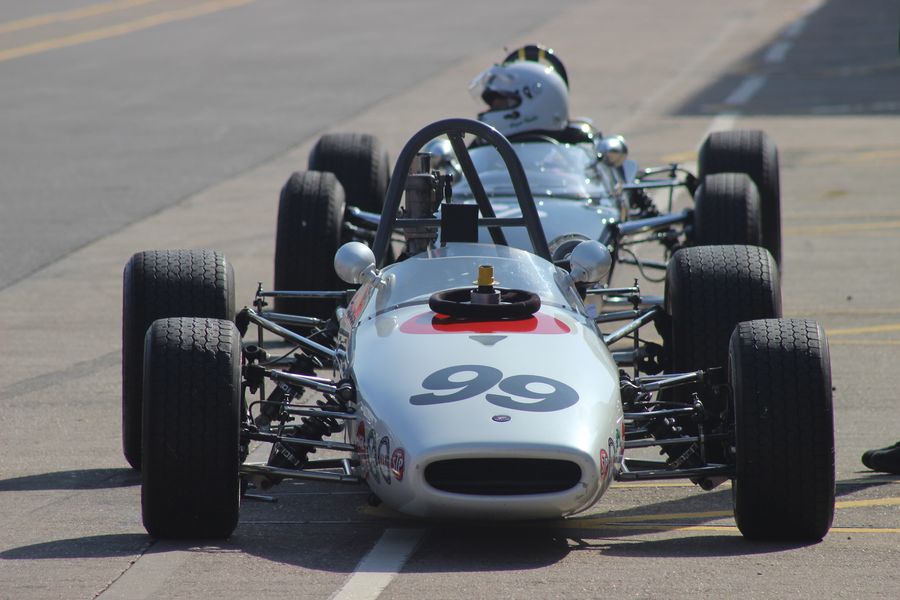 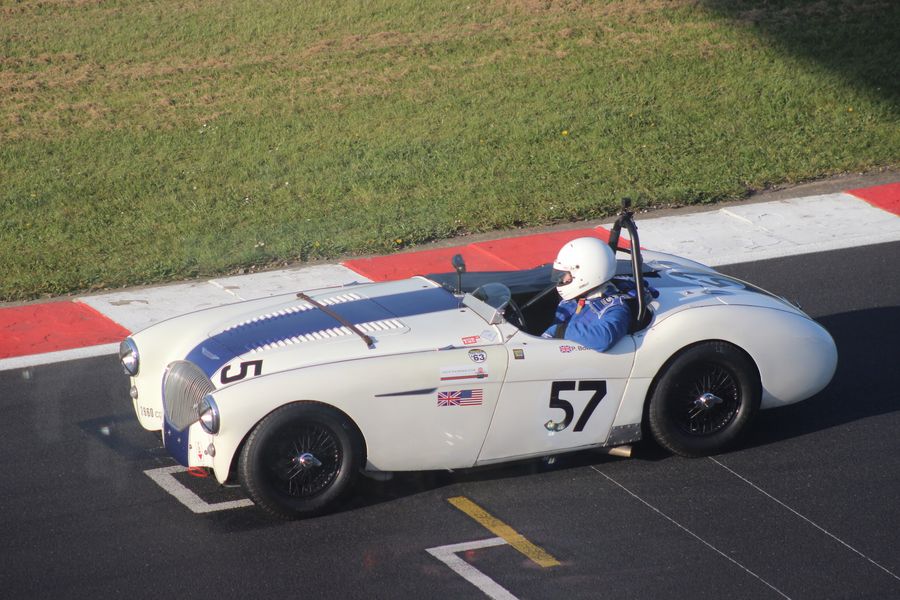 The 2019 AMOC Racing season roared into life with a busy eight race schedule at Donington Park on Saturday April 20, the sun shining down on a varied array of classic and more modern machinery that provided some excellent racing. With race-winning cars as varied as a Lister Knobbly and an Aston Martin Vulcan, once more the day had something to please every enthusiast and the large crowd enjoyed the racing as much as the drivers. 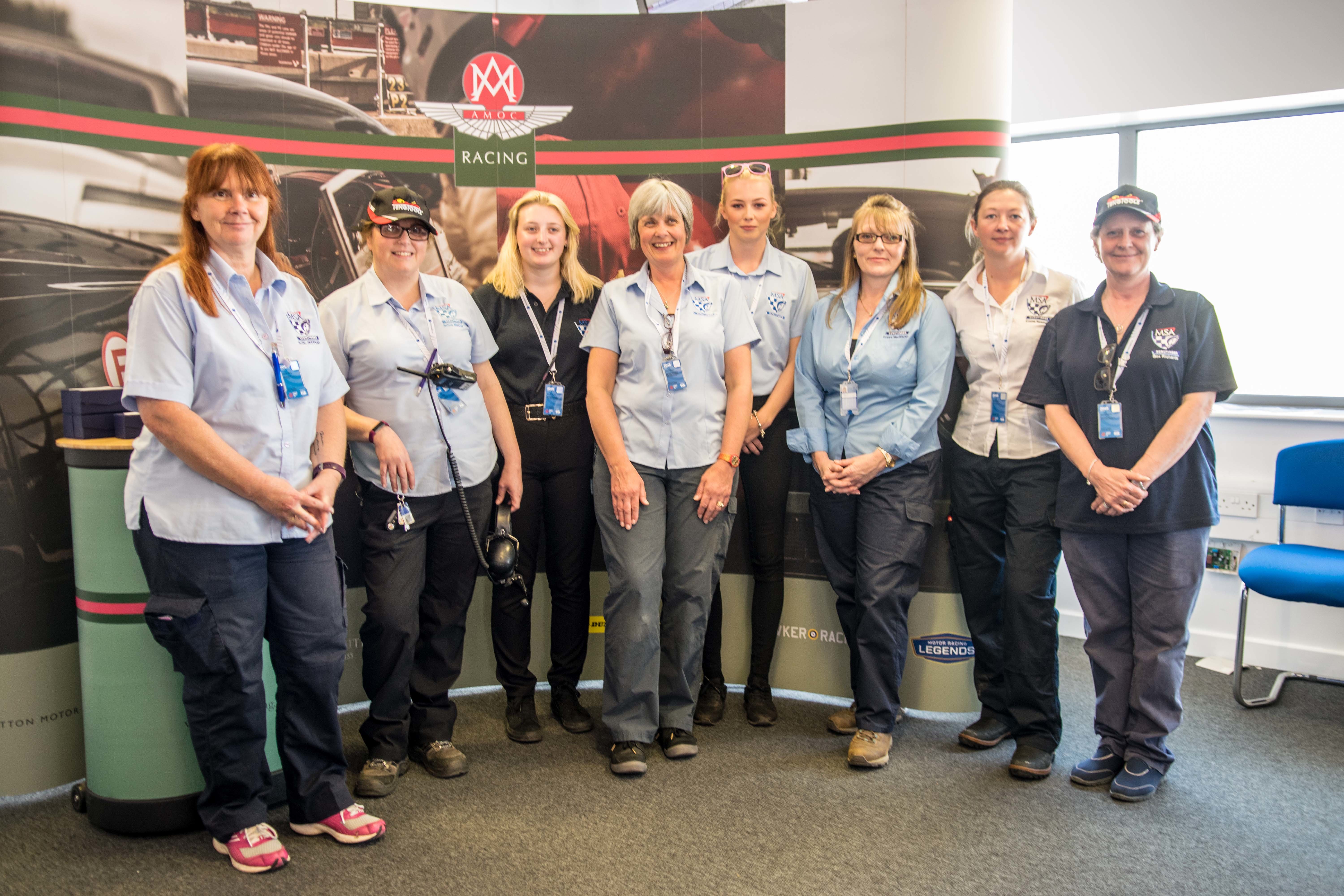 In an exciting first in British motorsport, the meeting had an all-female Scrutineering team, headed up by Chief Scrutineer Sue Bateman, managing the safety and compliance to regulations of every car, a moment marked with the award of a commemorative trophy from AMOC Racing for everyone on the team.

A great start by AMOC Intermarque Championship challenger Ryan Hooker saw him put James Neal’s Porsche 964 into fourth overall from eighth on the grid to lead that category early on, Tim Bates second in his 911 SC. Quickest in qualifying had been Chris Bialan’s invitation class BMW who ran third early on but retired before half distance.

The race finished with a Porsche podium lock-out with Tim Bates looking like he was heading for victory, until he was hit with a drive-through penalty which dropped him back behind Neal – who started the season with a win, Bates far enough clear of the rest to take second. Robert Salisbury and Mike Dowd were third with Rikki Cann’s Aston Martin V8 Vantage fourth.

“It all came good in the end!” said Neal. “We are pleased with that for the first race of the season, Ryan was quick early on and we got the result.

An impressive grid of 50s and early 1960s cars assembled for the combined Jack Fairman Cup incorporating the JEC XK Series, Mike Hawthorn Challenge and Innes Ireland Cup fields. Peter Ratcliff was on pole in his first outing in a Lister Knobbly, with Peter Haynes making it an all 1950s sports-racer front row in his Lotus XI Le Mans.

The first race was stopped after eight laps with a Jaguar stranded at the Old Hairpin after loosing a wheel, Ratcliff heading Haynes at that point, John Young heading the Jaguar challenge in third ahead of the MGA of Stuart Dickinson.

Declared a new race with a ten-minute duration once the circuit was clear again, this time Ratcliff was just able to ease away from the nimble Lotus to win by almost a second. Young lost out to Dickinson on the opening lap but was quickly back into third and lead Mike Hawthorn Challenge car, but the MGA was nipping at his heels.

Just when everything was shaping up for a grandstand finish the safety car was out after four laps with a stricken Jaguar in an unsafe place at the chicane, and the race finished with the cars still circulating in that fashion – Ratcliff first with Haynes second and Dickinson having taken third at just the right moment.

John Andon in his Triumph TR4 was first of the Innes Ireland cars home and sixth overall, Rick Willmot headed home the XK runners in his XK150.

Of the guesting races the Historic Formula Threes provided some exciting single-seater action, the 1,000cc cars being headed home by the Brabham BT21B of John Milicevic, well clear of the Brabhams of Michael Scott and Steve Jones.