On This Day: The Long and Varied Career of Loris Kessel 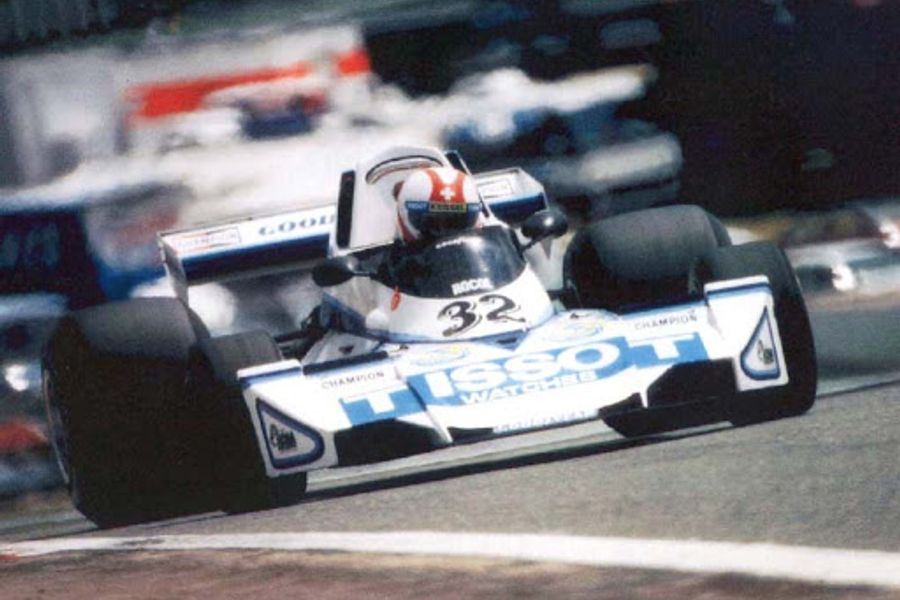 Born on the 1st April 1950 in the Massagno district of Lugano, Switzerland, Loris Kessel’s early involvement in motor sports came in the 1970s with an Alfa Romeo Spider and his dream was to emulate fellow Swiss driver, Jo Siffert. The car was an 18th birthday present from his parents and he used it to obtain his racing license, with his first competitive event being a timed sprint through the hills between Bormio and Stelvio.

Moving into single seaters, he raced a Brabham BT41 in the Swiss Formula Three Championship in 1973 and 1974 before graduating to Euro Formula Two with an Ambrozium H7 Racing Team March 742 BMW. There was almost victory in the opening F2 race of 1975 with him having a secure lead for 16-laps before broken gear linkage denied him the win. His best results that year came with fourth place finishes at two rounds at Hockenheim plus eighth at Pau. 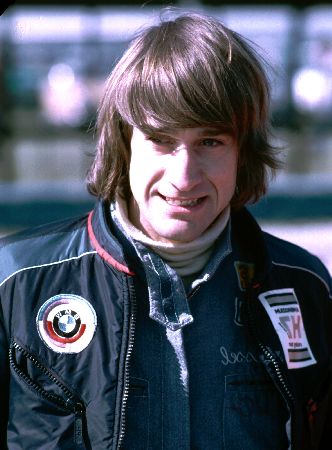 During the year he also raced a Cheetah G501 Ford in an Interserie race at Hockenheim, plus the Monza and Nurburgring 1000km endurance races, but reliability issues prevented any finishes. There was a chance to compete in the Swiss Grand Prix at the end of the year but he couldn't get a drive in time though his Formula One debut came the following year.

His first F1 outing came with RAM Racing’s Brabham BT42 in 1976’s non-championship Race of Champions, followed by another non-championship drive at Silverstone’s International Trophy, where he finished twelfth. He contested a number of World Championship races with the team, with his first coming at the fourth round, in Jarama, though he missed out on qualifying in the Brabham BT44 by just over half a second.

At the following race in Zolder, he qualified twenty-third but in a race of attrition he went on to finish twelfth. At Anderstorp he unfortunately crashed out after five laps, then did not qualify at Paul Ricard and in his final appearance in Austria although he finished he wasn’t classified.

After leaving RAM, he approached Frank Williams about a drive at his team but though they had no place for him, they were able to sell him an old FW03. He then approached the Jolly Club of Switzerland, who were successful in touring cars and rallying, and he hired ex-Ferrari designer Giacomo Caliri. The car was heavily updated, featuring a long nose and radiators placed directly in front of the front wheel suspension and was renamed the Apollon, after the pharmacist who was sponsoring the project.

However, it would be some time before the Apollon was seen on the track. He tried to race in Belgium, France, Austria and the Netherlands but in Belgium and France, he had transport problems and the car could not be transported for the other two races. The Apollon finally appeared at Monza but because there were not enough pit boxes available, the team had to settle for a place in the open air.

In the untested car, Loris went off track in the final qualifying session, leaving him little time to repair it. During the year he also raced in the Monza 500Km sports car race in Francy Racing’s Sauber C5 (with Camathias) though they retired due to engine problems. He was listed in the entry for Le Mans that year with with the team though didn’t race.

During his racing he had become good friends with Ronnie Peterson after the two shared a flat in the UK but sadly witnessed his fatal accident at Monza in 1978. Loris told how “I saw the cars get away. The next thing I noticed there was a crash. Smoke, flames, and pieces of car were everywhere. I ran to the scene and quickly found it was Ronnie. He was trapped in his car.

“I removed his balaclava and gloves. He was in terrific pain. I could see that the top of his leg was very badly broken.’ He asked the medical people if Loris could travel in the helicopter with him to hospital and they allowed this. Sadly as racing fans will know, he later passed away in the hospital and Loris later named his son, Ronnie, in honour of him.

He returned to F3 and made occasional appearances until 1981, when he competed in F2 with Horag Hotz Racing. Driving their March 812 BMW he finished twelfth in a round at the Nurburgring though failed to finish at Mugello and Pergusa. He was in a Merzario M1 BMW for the race at Pau but did not pre-qualify and raced with Astra Team Merzario in a March 812 at Donington.

1983 saw him in endurance racing with a Cheetah that had been developed by fellow Swiss, Chuck Graeminger in 1980 and 1981 to compete in the Group C World Championship. Loris invested in the team in 1982 but the car was not ready until 1983 when the Cheetah G603 appeared at Spa. Teamed with Laurent Ferrier they failed to finish when the Cosworth engine exploded though there were eighth and ninth place finishes at the Imola and Mugello 1000km races.

Following this there were occasional endurance drives, including 1985 when he raced an Alba AR2 for Carma FF and he, Coppelli and Frey retired from Monza though he and Frey were eighteenth at Silverstone. 1990 saw him with Bieri Racing’s Spice SE89P at the Daytona 24 Hours (with Finotto and Guatamacchi) then in 1993 he drove the Obermaier Racing Porsche 962C at Le Mans with Otto Altenbach and Jurgen Oppermann and they finished a very respectable seventh overall and third in class.

In 1996 he, Bouvy and Neugarten took twelfth place in the Spa 4 Hours for Elf Haberthur in their Porsche 911 GT2 and in the late 1990s he also contested the Lamborghini Supertrophy plus the Citation Cup in the FIA GT Championship with a Ferrari 550 Maranello.

He eventually opened a small garage in Lugano, detailing and selling cars, and after hiring an engineer to repair the cars he was selling, was soon employing around 10 people. The company was initially dedicated to the maintenance and development of road or racing cars but as time went by Loris broadened his horizons and activities and continued competing alongside his business activities. 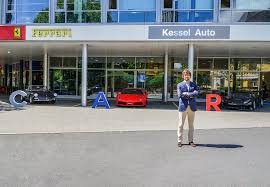 He was approached by Ferrari, who wished to establish a dealership in the Lugano area and in 1995 Loris Kessel Auto S.A. was appointed the official Ferrari agent for Ticino and Grisons. Kessel Racing also appeared (becoming the main tuner for the 430 and the 430 Scuderia GT3 cars) and, entering various GT categories he won multiple championships as a driver and a team manager.

From 2003 his team campaigned Ferraris (360 Modena, a 575 Maranello GTC plus a F430) over the following 6 seasons, predominantly in Italian GT racing. They became synonymous with the Ferrari GT programme, winning the 2007 FIA GT3 European Championship with Gilles Vannelet and Henri Moser, and raced in the FIA GT Championship as well as domestic GT championships in France, Italy and Germany, as well as one-make Ferrari series.

Sadly Loris died at the young age of 60 in Montagnola in 2010 after a battle with leukemia though the Kessel Racing team continued.

Years after his F1 days, Loris had bought a 1976 Ensign N176 F1 car, which he intended maintaining and using in historic events though I have no information as to whether he raced it an any events. However, his son Ronnie entered it in 2016’s Historic Grand Prix of Monaco (paired with Alex Caffi, who was a family friend and used to race for the Kessel team in the 2000s) and they won their class. In 2019 Ronnie entered, and won with the car, in the Bernina Gran Turismo mountain race.

On This Day Kessell