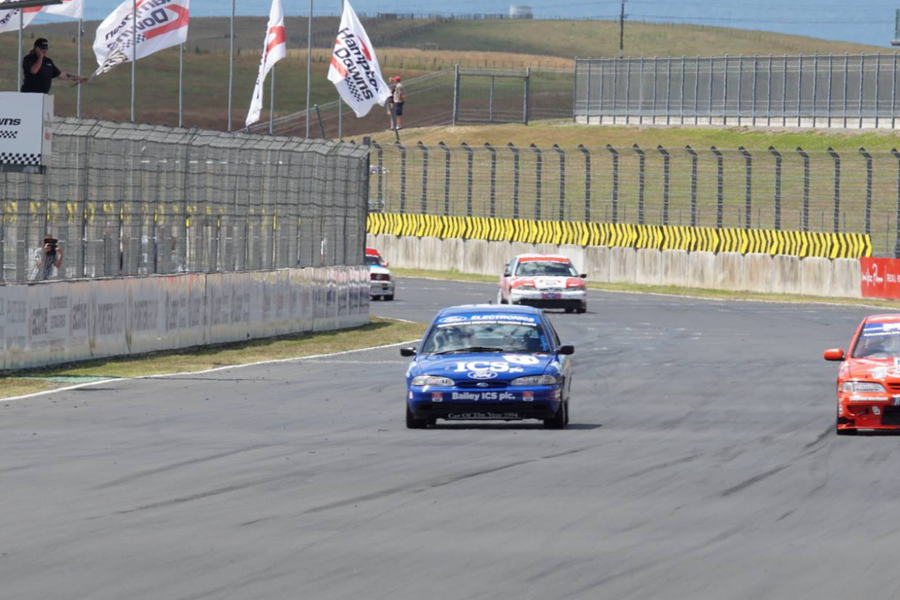 Richards – who with famous father and fellow multi-time Bathurst 1000 winner Jim Richards is one of the special guests at the meeting – got the ball rolling, claiming pole position for today’s six lap HTC race in the morning qualifying session behind the wheel of the Phil Mauger-owed ex BTCC Primera. 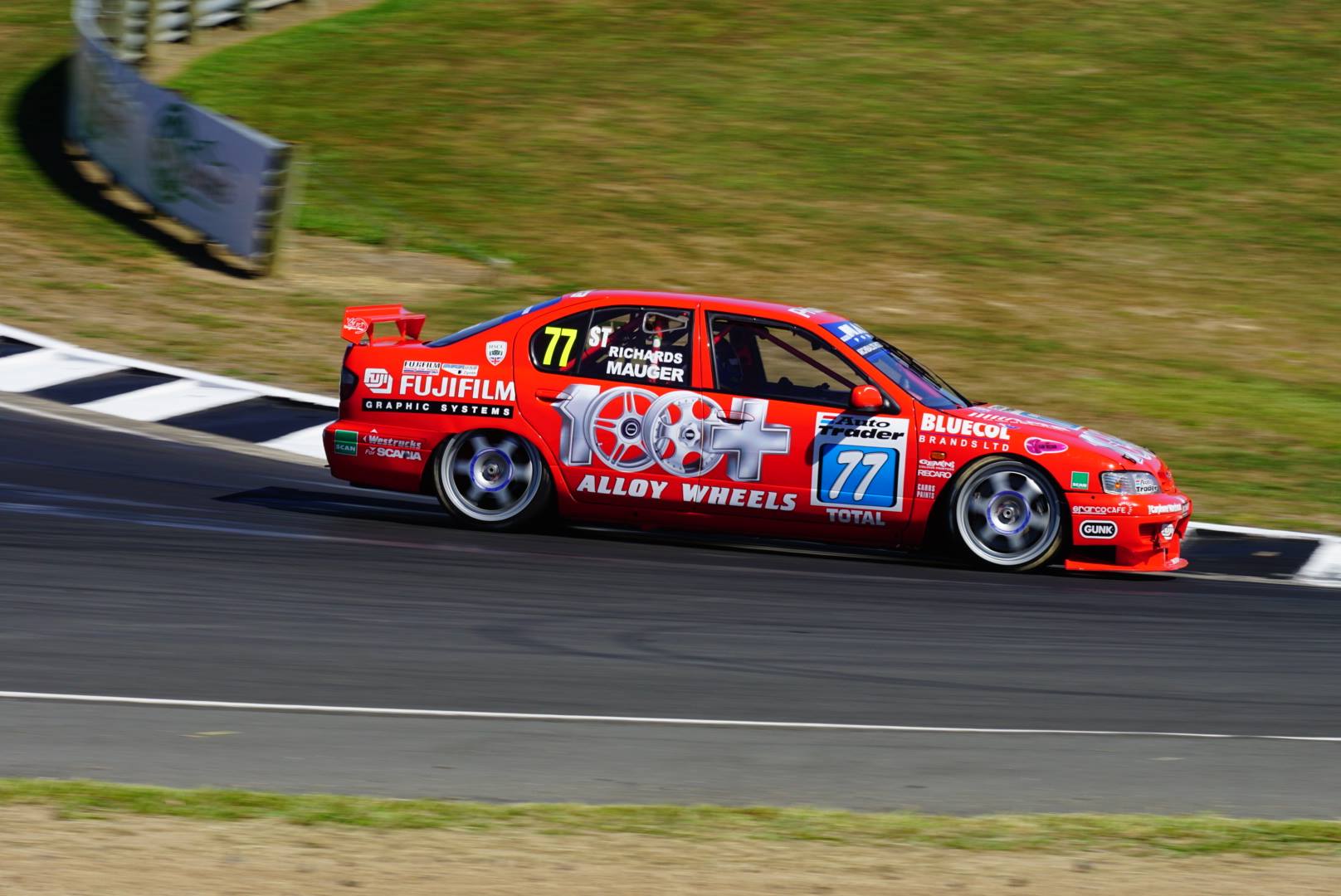 But after an entertaining six laps in which the pair constantly changed positions it was Radisich who got to the finish line first, albeit by a margin of just 0.045 seconds, in one of the very same Ford Mondeos he drove in period.

Third – in both the morning qualifier and the afternoon race -was the man who now owns the Radisich Mondeo, Invercargill businessman Scott O’Donnell driving another Ford Mondeo SuperTourer – from Arron Black driving the first of the 21-strong field’s E30 BMW M3s then Scott’s uncle Lindsay O’Donnell in a Volvo S40 SuperTourer.

As Lindsay O’Donnell edged away from O’Brien and Bowe, Jim Richards worked his way closer to Bowe in Peter Sturgeon’s other classic BMW touring car, the Group C-spec 635i, crossing the finish line in eighth place.

Ninth was Lindsay O’Donnell’s son Matthew enjoying a strong run in his ex Tony Longhurst ATCC BMW E36 SuperTourer with Christchurch’s Trevor Crowe working his way up through the field to finish 10th after failing to post a qualifying time and starting from the back of the grid.

Series newcomer David Hopper driving a Group A-spec Ford Mustang proved the worth of V8 power in 11th place after a race-long battle for the position with Christchurch’s Steven Kelly in the first of the NZTC-spec 2-litre 6-cylinder E36 BMW 320i’s with Simon Crampton, Nick Young, Warren Good and Graeme Clyde next in line in their BMWs. 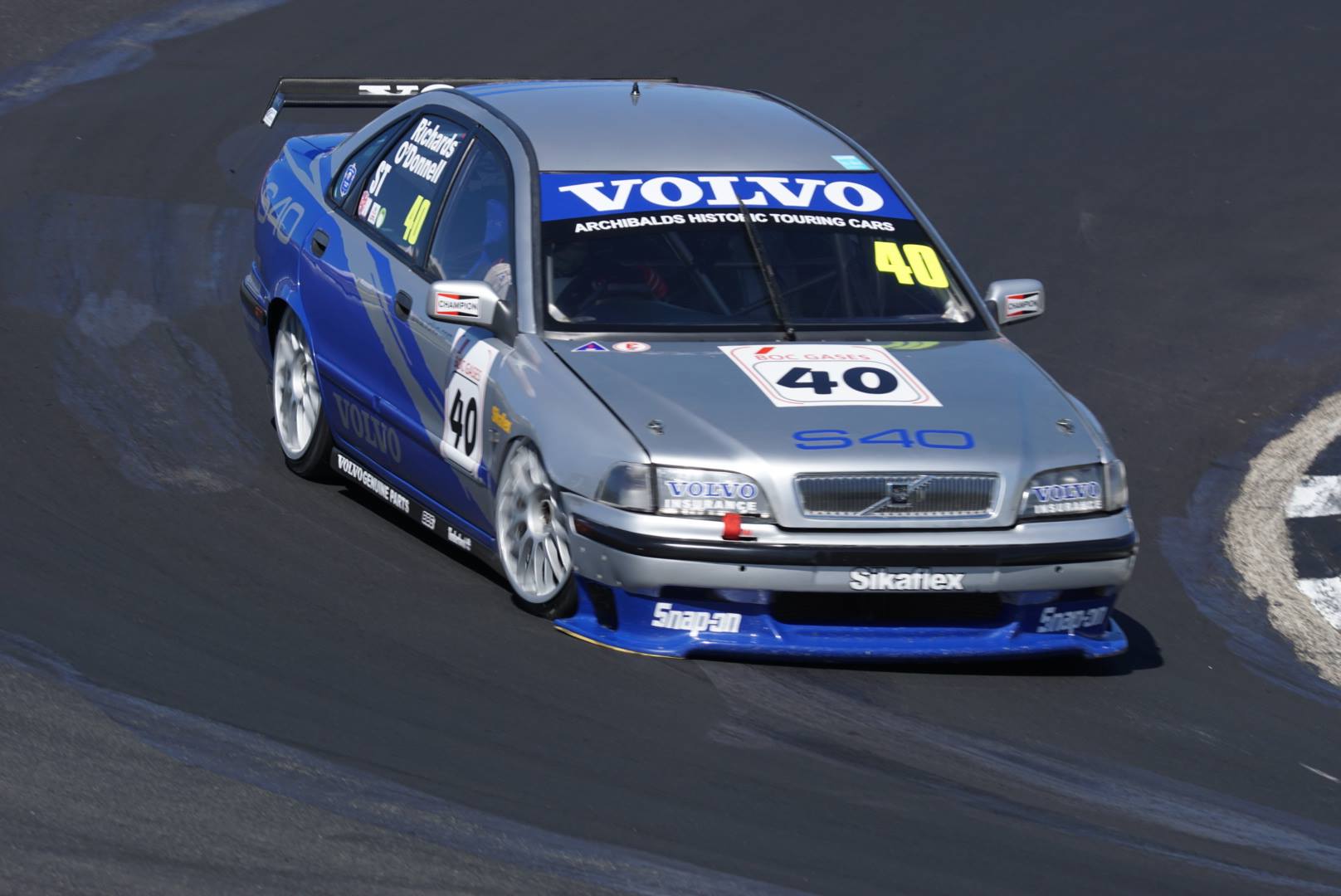 Concluding the finishers were Christchurch pair Gary Wilkinson (Gp A Jaguar XJS V12) and Austin McKinley (Gp A Holden Commodore V8) who enjoyed a race-long battle of their own and crossed the finish line just 0.07 of a second apart.

Nelson’s Brett Stevens (Gp A Ford Sierra RS500) and Auckland’s Graeme Cameron (DTM-spec BMW M3) both missed out on qualifying with mechanical issues and though they lined up on the dummy grid Stevens managed only two laps before blowing an intercooler hose and pitting, while Cameron failed to make the start thanks to a battery/alternator issue.

The Historic Touring Cars will be back out on track at Hampton Downs for two more six lap races tomorrow.