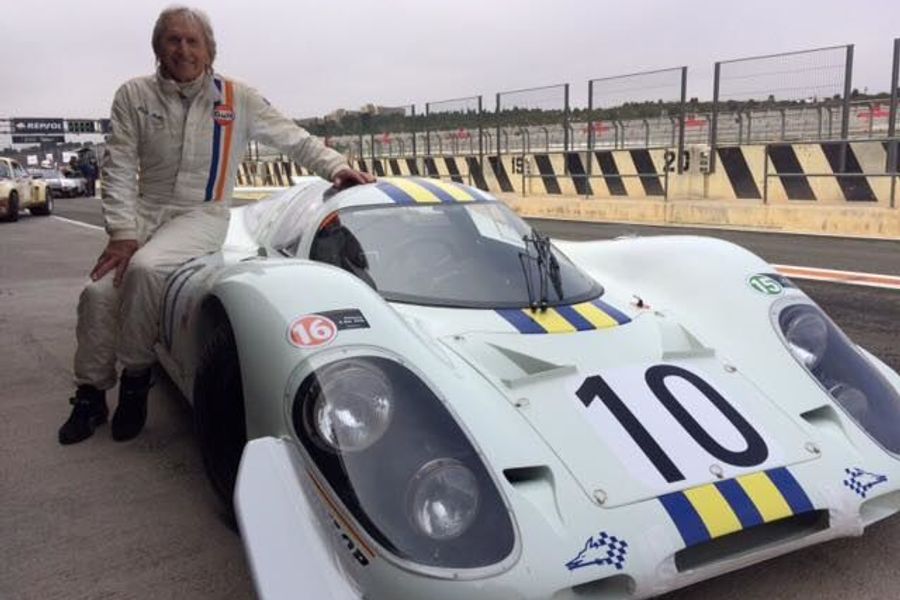 A lot of discussion was generated earlier this month when a post on Twitter by Derek Bell showed the five times Le Mans winner with a Porsche 917 having tested the car at Valencia in preparation for a run at this summer’s Classic Le Mans. We are now hearing that Derek has stepped-down from driving the 917, which we are hoping will still appear at the July Le Mans meeting.

The car was in the livery of chassis 005, a car fatally crashed by privateer John Woolfe at the very start of the 1969 Le Mans 24-Hours, and pictures suggest the car is a faithful reproduction of that very early specification 917, If that is the case, then it is brave move as even the redoubtable Frank Gardner described the 917 at that time as a ‘bloody awful thing’, and Vic Elford, who drove one of the works cars at Le Mans said it was aerodynamically unstable at speed.

There was also controversy at the 1969 race about the car’s rear stabilisers, aerodynamic flaps, in view of the recent ban on movable aerodynamic devices. Porsche refused to remove them and tried to  secure the agreement of the other teams that they could run them, but Ferrari, Matra and one of the Lola entrants declined to agree.

To prove the point Porsche sent Rolf Stommelen out in the second night practice to show that the car was barely controllable in that configuration and the German driver put on a lurid show, race organisers promptly agreeing the the 917s could run with the flaps activated, though the Porsche 908 runners had to have them fixed in place.

In the race Woolfe, the first customer for the 917, was killed at Maison Blanche on the opening lap, while the two factory 917s showed their pace, Stommelen setting a new lap record on lap six before his car, shared with Kurt Ahrens, suffered transmission problems. Elford and Richard Attwood led well into Sunday morning before an oil seal between the clutch can gearbox failed and the car was out.

When the Woolfe liveried 917 does break cover, if the car is truly representative of the 1969 917 then it might equally prove a handful, though we would be surprised if Porsche would deliberately these days arrive with a car with such wayward handling!