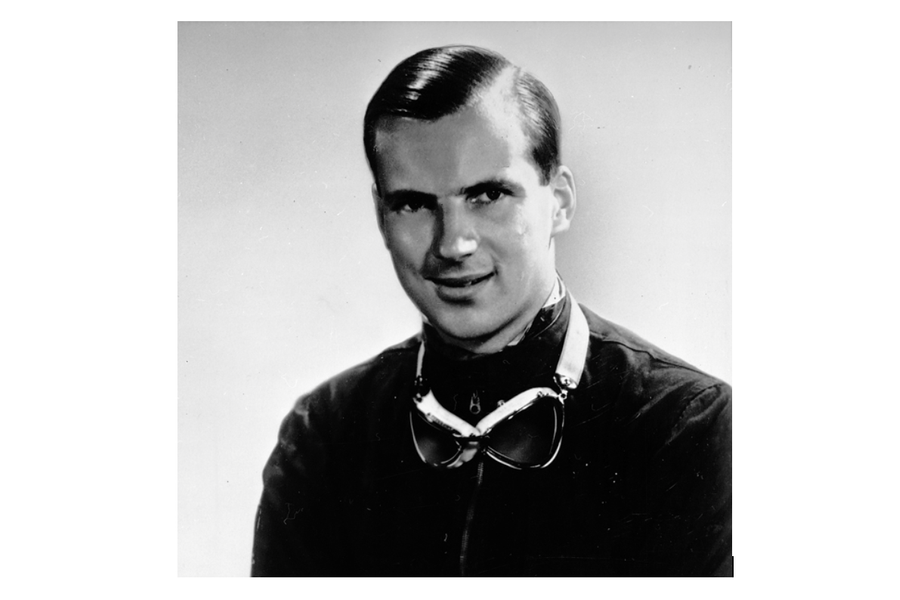 As the mourners gathered around the grave of Richard ‘Dick’ Seaman in Putney Vale Cemetery in South London in the angst filled summer of 1939 , there was an incongruous, menacing presence. These were the last few weeks before Britain and Germany were to be at war and indeed only a few months later Nazi bombs would be raining down next to the cemetery itself. And yet there, in pride of place amongst the floral tributes, was a large, showy wreath from Adolf Hitler.

Richard John Beattie-Seaman was born on 4th February 1913 in Chichester on the south coast of England (ironically very close to what would become Goodwood Motor Circuit). He grew up, however, at Kentwell Hall, in the Suffolk countryside. This huge 15th Century stately home gave the young Seaman space to play, as well as to take driving lessons from his mother’s chauffeur behind the wheel of the family Daimler, around the many acres of the estate. His father was dogged by ill health but his mother was, by all accounts, an indomitable figure; snobbish, forceful and arrogant but devoted to her son.

Richard Seaman was educated, the way all aristocratic young men then were, at boarding school (Rugby) and the on to Cambridge university. It was just ‘what you did’ and had little to do with either furthering education or training for later life, except in a social sense!

His early forays into motor racing were in an MG Magna, and indeed he was a pioneer of taking his racing car into mainland Europe to experience different tracks. Indeed it was very clear, even then, that Seaman was a very talented driver. The MG was followed by an ERA but Seaman was troubled by its reliability and the support he received from the factory themselves and it was replaced by a somewhat antiquated Delage, purchased from Earl Howe.

Guilio Ramponi, previously a whizzkid mechanic at Alfa Romeo, was hired to bring the car up to date and Dick Seaman made a huge impact on the 1936 season. So much so that he was contacted by Alfred Neaubauer, the Mercedes Benz team manager to come for a test at the end of the 1936 season. The first open test at the new Nurburgring Nordschleife was obviously successful because he was invited back for more tests leading to an offer of a driver for 1937 “subject to the Furher’s approval”, which was obviously forthcoming because Seaman duly turned up as a fully-fledged Mercedes driver at Tripoli for the first race of the year.

Whilst 1937 was solid, if unremarkable, Seaman had fallen very much into the German way of life. He was popular with the team and had become close to Erica Popp, a German girl who’s father was one of the founders of BMW.

After his first year, finding his feet in a foreign land and with a new team, Dick Seaman must have felt more than a little nonplussed not to have a car available for him at the start of 1938. Development and construction were behind schedule and, as the new boy, he was going to be the last driver to get a new car. Indeed it was not until the all-important German Grand Prix that the state supported, swastika wearing, car for Seaman appeared.

Team mate Manfred von Brauchitch was leading the race until a pit stop fire brought his day to an early and Seaman went on to win this ultra high prestige event and was congratulated on the podium by Nazi party grandee Rudolph Huhnlein in fully military regalia. That he mirrored Huhnlein’s Nazi salute on the podium was indicative of Seaman’s thinking at the time.

“Hitler stands no nonsense, he won’t have slackers about”

Indeed he wrote to his mother 'Hitler stands no nonsense, he won't have any slackers about. Everybody has got to work. Consequently he has remade and reorganised the country, and that is why they believe in him and rally round him. It's about time Hitler took over Austria too, and made them sit up and pull themselves together. The dirt and squalor and laziness in the country are beyond words. Why, there are men there who ask nothing better of life than to sit about all day over one cup of coffee in a cafe!'.

Whilst Mrs Beattie-Seaman had been tolerant of her son’s relationship with Erica Popp, she had been strongly opposed to their upcoming marriage, when it was announced. Whether this was because, as an aristocratic lady, she wanted her son to marry ‘the right sort of girl’ or perhaps she was worried about the fraught Anglo-German relations is unclear. She had previously ceased financial support to her son the previous year, when he went to live in Germany, so perhaps it is safe to assume that her concerns were for his safety in a hostile land more than anything else.

Many of us are familiar with the current Spa Francorchamps circuit and it is common knowledge that when it was remodelled in 1980 it was effectively cut in two.  But the dauntingly fast run from Stavelot, through Blanchimont towards the hairpin at La Source is still there and in use. There is now a tight right/left chicane to slow the cars down in front of the pits (which have been moved since Seaman’s day). Just before the current chicane is where Richard John Beattie-Seaman’s luck ran out.

The road takes a long, and at normal speeds, innocuous, left hand bend but on 25th June 1939, in monsoon conditions, he lost control of his hugely powerful Mercedes Benz and went sideways into a tree. Skinny tyres, no driver protection, no seat belts and not even a crash helmet, just a linen skull cap. He was knocked unconscious and the car caught fire. He died later that night in hospital but, typically, only after apologising to his team manager for making a mistake; “it was entirely my fault, I’m sorry”, he is reported to have said, as his life slipped away.

Much was made by the Nazi propaganda machine of the way Dick Seaman lived his life.  Indeed his finely-chiselled aristocratic looks chimed perfectly with the Arian ideal. Whether he was a willing part of that use of his personality or simply what today we would see as ‘sponsor PR’ we will never know. The Nazi poster boy died amid controversy but was universally recognised as a very fine driver indeed.