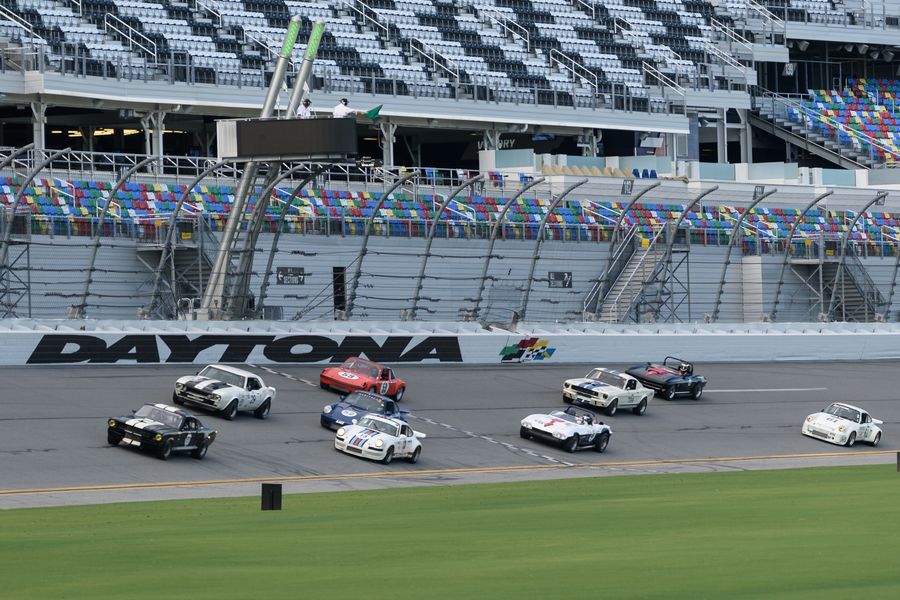 The countdown is on for start of the 24-hours of racing at HSR’s Classic Daytona today, and Paul Tarsey took advantage of the Trans-Am cars being on track to give us an update on the day so far – and what lies ahead:

“It is still overcast and not really Florida weather here, but nonetheless we have had a great day so far. We start the races that form part of the 24-hour event at 2pm, but we have already had a busy morning with four races for the HSR’s categories that run outside the 24-hours.

“They were peppered with full course yellows, which meant we didn’t get a lot of racing from everyone but we did get some exciting sprints to the flag after pace car periods. The final two races this morning both ended with cars crossing the finish line side-by-side, while one had three cars all together. Some great racing already.

“The 24-hour event doesn’t start until 2pm here, an hour later than in the past, which gives us the opportunity to take in everything that happens beforehand. Jim Roller and Andrew Marriott are going to do a grid walk and driver interviews, then we have the national anthem and all the ceremony everyone here at Daytona is so good at. 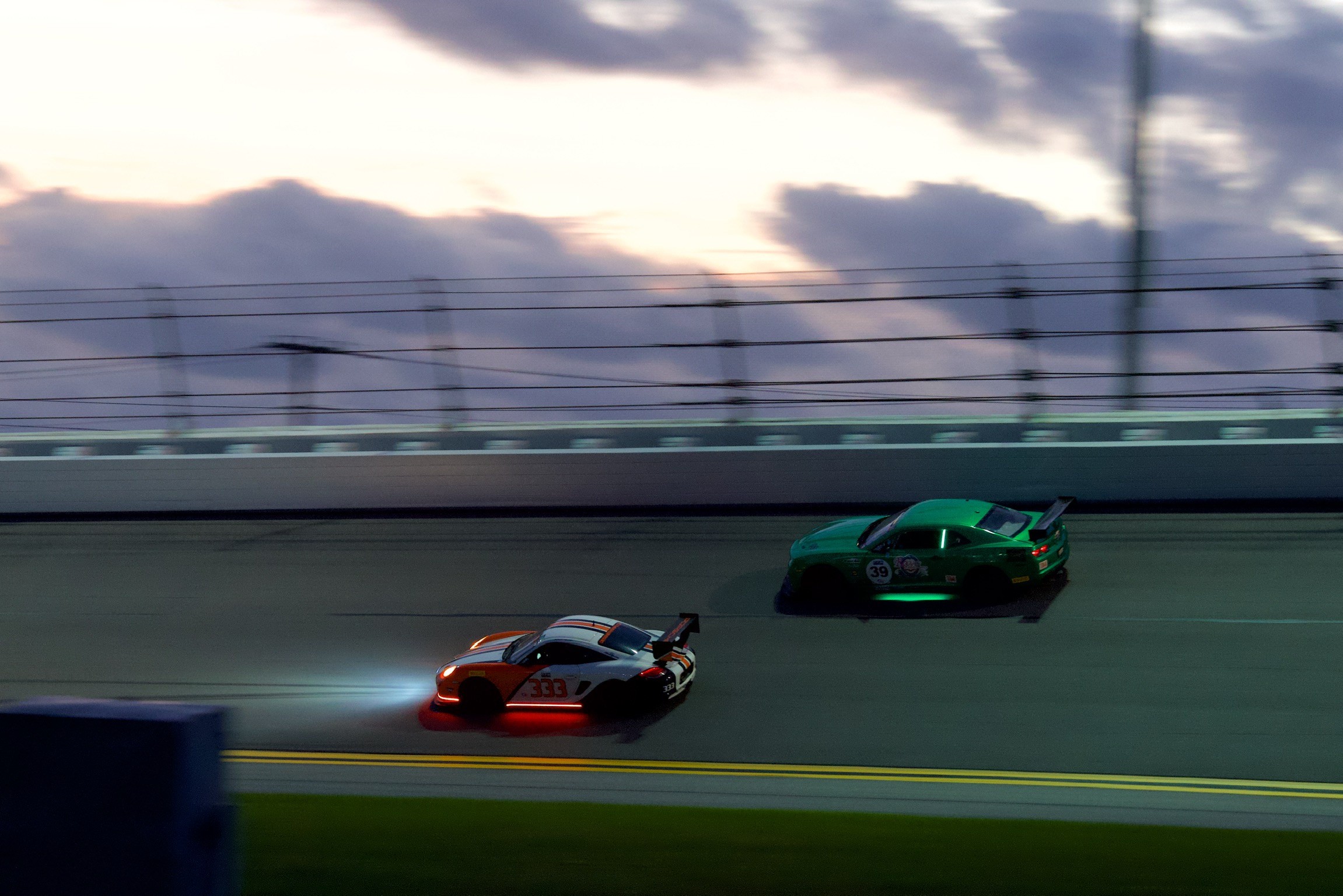 “The racing proper will then be underway, and it will be interesting to see how that goes. Each run group gets four races, which can be a challenge for some cars. The older cars are just that, prepared to modern standards but relatively simple to run and maintain, while in contrast we have cars like the diesel Peugeot 908 HDi FAP which is hugely complex.

“The Peugeot has a proper crew running it, with one person who worked on the car in period, and it takes a lot of looking after to make it work, and several cars in that class are similar – you don’t see a laptop being plugged into a 1976 Porsche 911 RSR!

“The are some superb cars here, we have the Lowenbrau-liveried Porsche 962, one of the Al Holbert built 962 HR1s, with Justin and Derek Bell on the driver strength. They have been kitted out in new Lowenbrau race overalls just for this event, and also have a Lowenbrau Porsche 944 and a 911 with them, their corner of the paddock looks pretty fantastic.

“Jochen Mass is out there in a 1955 Mercedes, one of two HKS-run Gullwings here, and it is a great to see those cars. Other Le Mans winners are here, drivers such as Eric Helery, and a number of previous Daytona 24 Hour winners.

“A feature is just how much off-track activity is going on here. We have a driver’s autograph session today, the forum yesterday – and lots going on in the in-field. One thing that caught our eye was a meet-up of split-screen VW Camper vans, some complete with surf boards on the roof, there must be around 70 of them parked up.

“Right now we have a Haggarty-sponsored ‘Cars and Caffeine’ event going on in the in-field with lots of people bringing their cars along to show which is really adding to the atmosphere. There seem to be more people here than I recall previously, as well as the best entry ever, and I feel this year is really a turning point as the event moves to a real festival feel – which is based on the hard work HSR have put in and will really give the event some longevity.

“We are looking forward to the main event starting, there are now four us covering commentary and we will have plenty to talk about!” 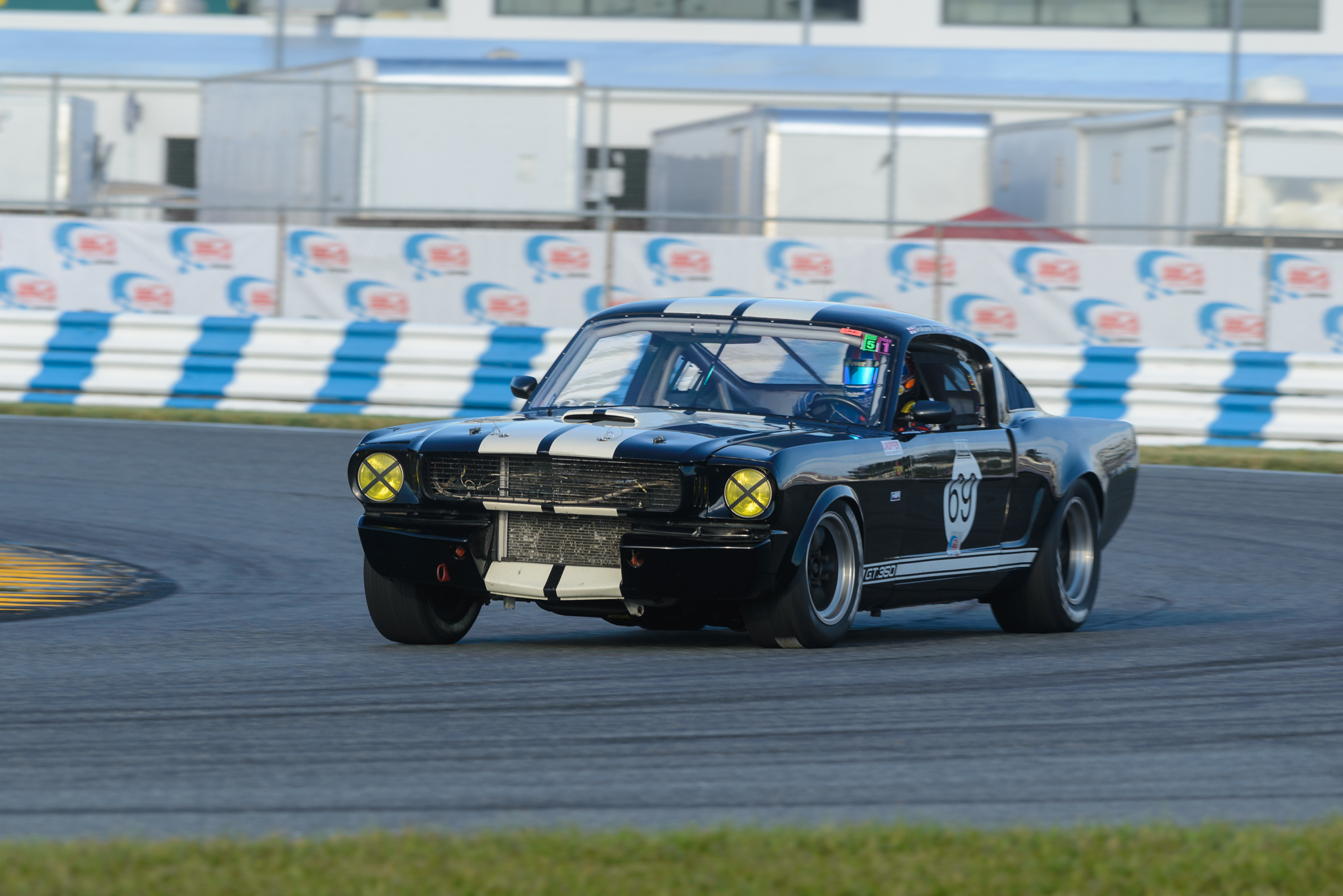