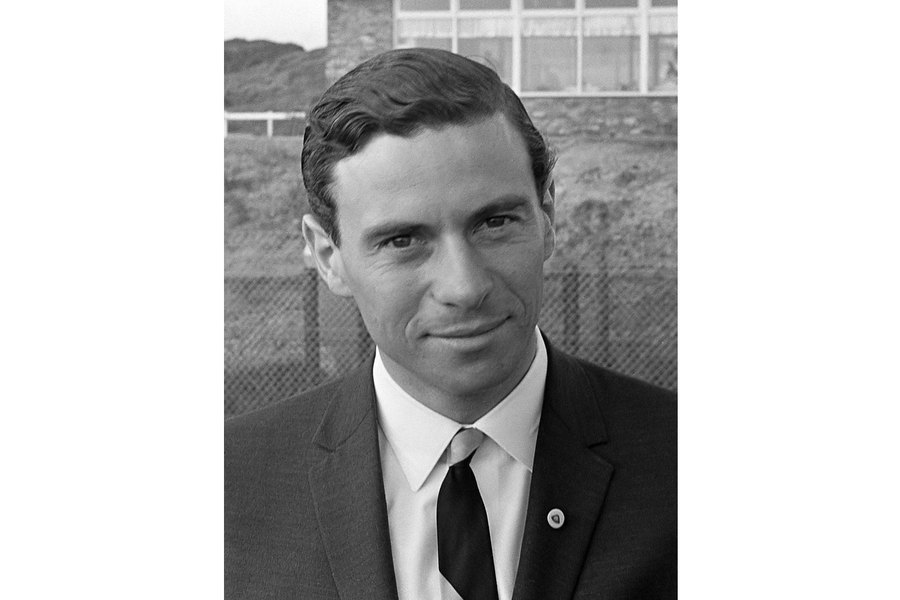 The great Jim Clark was born this day in 1936, a driver who was successful in everything he raced, and combined that with a quiet personality that saw him liked and admired even by those he beat soundly. He won 25 of his 72 Grand Prix starts, driving entirely for Lotus, and took two World Championships, won the 1965 Indianapolis 500, was a saloon car champion and won numerous Formula Two, Tasman and Formula Three races.

Clark’s raw statistics show up a few surprises, he may have won 25 Grand Prix but only came second once, a comment on the reliability of the cars of the time and the fact that if the car made it to the finish, he could win with it. He actually won the first ever competitive event he entered, a driving test meeting at Stob’s Camp in June 1956 run by the Berwick and District Motor Club, by dint of being the only finisher in his Sunbeam Talbot – only to be ruled ineligible for the trophy as he wasn’t a club member!

He sprinted the Sunbeam that year and raced a DKW, but was into a Jaguar D-Type the next year and winning right away, attracting attention within the sport that led to his long association with Colin Chapman and the Lotus Marque.  His 1959 season started at Mallory Park, where he won the race for GT cars up to 1600cc in a Lotus Elite, the Sports Cars over 1200cc race in a Lister Jaguar, and won his Formula Libre heat and then the final again in the Lister, there was no doubting that a new talent had arrived.

A look at his result for that year are a reminder of a different time, few meetings seeing him race just once, and the list including a Le Mans debut where he took tenth overall and second in class sharing an Elite with John Whitmore. 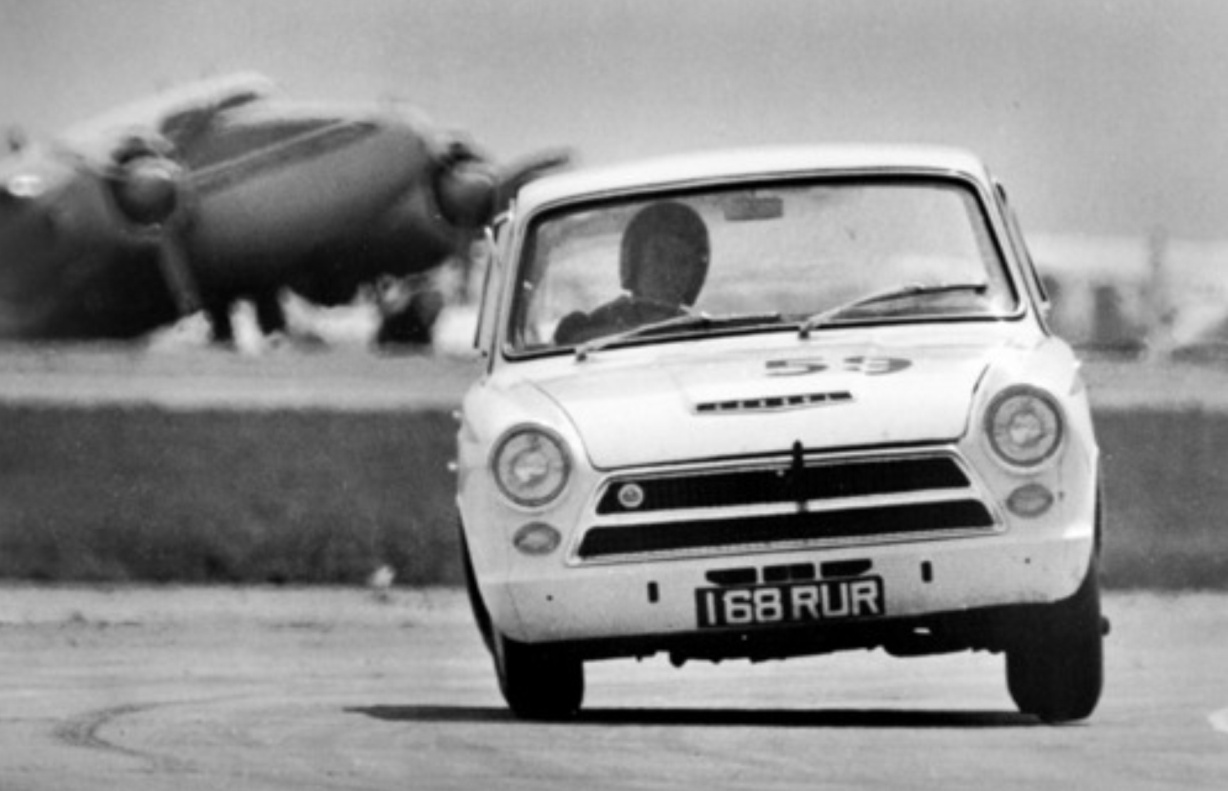 Into Formula One for 1960 he contested six races with a third in Portugal his best finish, with two third places the next year in the new Lotus 21. Things started to come together in 1962 when Chapman produced the Lotus 25, a true monocoque design that took Clark to three wins, the title in his grasp before an oil leak put him out the season closing race in South Africa.

1963 was his year, the 25 the class of the field and he finished on the podium in nine of the ten Grand Prix, winning seven, and with only the six best scores counting he won the title with a score that was over double that of Ritchie Ginther in second. He took his second title in 1965, the final year of the 1.5 litre formula for Grand Prix racing, also winning at Indianapolis in the Lotus-Ford 38 that year.

His 1965 season bears a little more scrutiny, and comparison with modern Formula One racers. His first race was the opening Grand Prix of the year, held on January 1st at East London in South Africa, and 62 races later he closed his season racing a Lotus 40 sportscar at Riverside in the US on October 31st. Every race was in a Lotus of one type or another, and he won 32 of those races, in cars including the Formula One Lotus 33, the Lotus Cortina, and a variety of sportscars.

A troubled 1966 in the 33 as Lotus struggled in the new three-litre Formula, was followed by a 1967 where the introduction of the Cosworth DFV-powered Lotus 49 reminded everyone that Clark was s till a force. The now sorted 49 should have been the perfect car for Clark in 1968, but it was not to be. 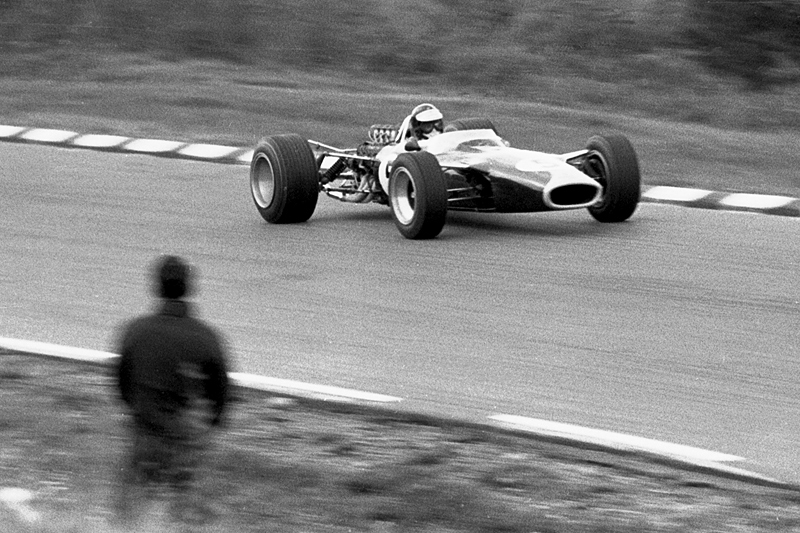 Formula One in particular was very different to today, with drivers socialising and often travelling together. Though at his happiest back at his farm on the Scottish borders, Clark could hold his own with characters such as Graham Hill, though he was never a fan of the more public aspects of his fame.

He was in an almost unique position in that most of his rivals acknowledged that at his peak he was in a different class, though in Clark’s view it wasn’t so much his own superiority he believed in, more he was never sure why the others could not be as quick as he was. He even charmed his American rivals at Indianapolis:

"He was kind of quiet, not a smart ass or a jerk," said multiple Indycar champion Foyt "He would always take time to say hello to you. I think that made him fit in with American people. Other F1 drivers were too damn good for them. He wasn't a prima donna, he was a good, average guy.”

The story of Clark’s death at Hockenheim in early 1968 is well known, check out our interview with Grahame White from April 2018 who was at the circuit that day for more, and, if I am honest, having trawled through various books about Clark for piece it is not something I wish write about having focussed on his many successes.

Much has been written about the Scot, but at present nothing can touch David Tremayne’s ‘Jim Clark, The Best of the Best’ from EVRO Publishing – if you have the opportunity, obtain the mighty tome and fully understand Clark and his career.