On This Day: Mike Thackwell, A Man Who Drove His Own Path 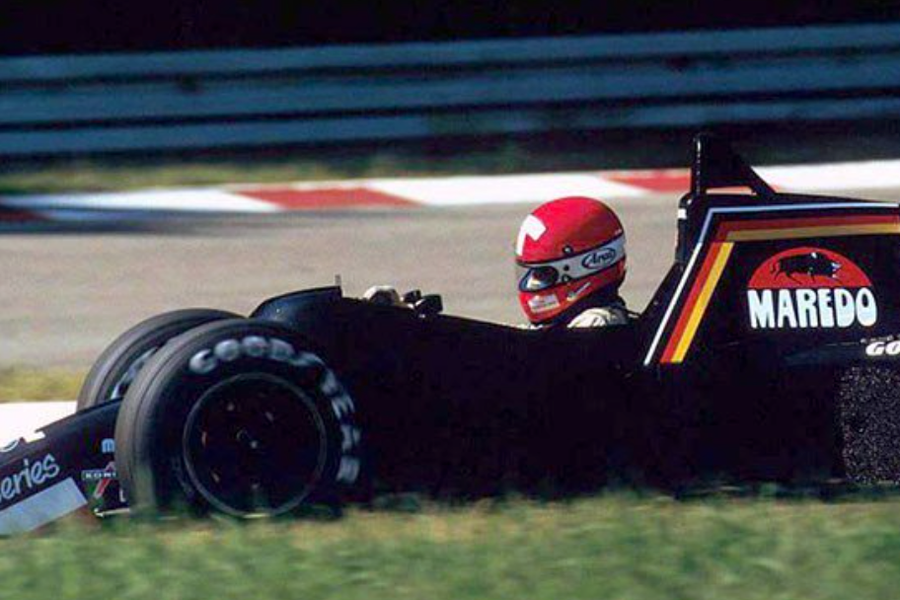 Described as ‘a teenage sensation’ and a ‘maverick’, Mike Thackwell is widely felt to have been one of the great lost talents in motor racing and after leaving F1 and motorsport, he worked as a special needs teacher, a helicopter pilot, a steeplejack and miner.

He was born into a motor racing family, on the 30th March 1961, as his father Ray was a successful speedway rider and, from the age of nine, Mike competed in motocross events. He then switched to karts, winning the Western Australian championship at 14 then went on to win the Hong Kong Kart Grand Prix in 1975 and 1976.

Moving to England, he began his European career in 1978’s Dunlop Star of Tomorrow Formula Ford championship. Racing Rushen Green’s a Van Diemen-Scholar RF78, he won five rounds and took two podiums, in this 11 race series but finished only third in the championship.

The following year saw him race a March-Toyota in the British Formula Three Championship, taking five wins and four podium finishes, plus a pole position and fastest lap, and finished the championship again in third place (ahead of drivers such as Stefan Johansson, Nigel Mansell, Alain Prost and Thierry Boutsen). March also entered him in two FIA European F3 Championship races, where he achieved a win and a fastest lap, at the Monza Lotteria and he also took pole position and fastest lap in a non-championship RAC FOCA Trophy race at Donington Park.

Racing in New Zealand, he drove a Marlboro sponsored March 792 in Aurora’s AFX New Zealand International Formula Pacific series. In Europe, he graduated to Formula Two in 1980 with a March 802-BMW and impressed again, particularly at the Nürburgring and Zandvoort.

Alongside his F2 campaign he had been signed to be a test driver for the Tyrrell Grand Prix team and they invited him to the Dutch GP as a spectator, and to learn about the track and their car. While there Arrows if he would replace the injured Jochen Mass for them in the race, and he was given permission by Tyrrell, although he failed to qualify. Tyrrell made the third car available for Mike at the Canadian GP but due to a multi-car accident, both team mates JP Jarier’s and D.Daly’s cars were badly damaged, and he had to give up his car to Jarier for the restart. Then came the US GP at Watkins Glen, but he suffered a fractured brake disc during qualifying and was unable to qualify to race. 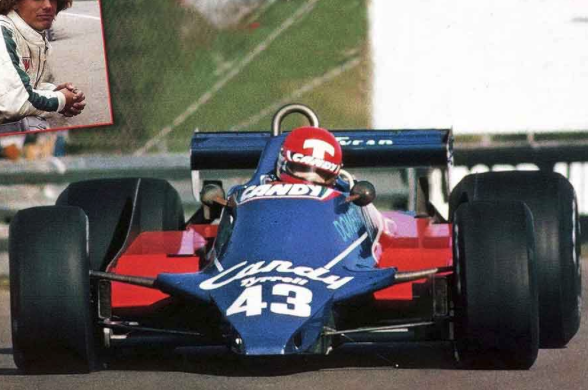 Staying with F2, in 1981 he partnered Geoff Lees at Ralt, but after taking victory at the International Trophy at Silverstone, and a third place at Hockenheim, he suffered a massive accident while testing at Thruxton. He sustained a shattered heel and head injuries, and reports said he hit a bank head on and stopped from 140 mph to 0 mph in under 2 feet though, despite missing three races, he returned to complete the season and finished fifth in the Championship.

He showed glimpses of his old form in 1982 with a March 822-BMW and rejoined Ralt for 1983, finishing second in the F2 championship, after a win at Jarama and another eight podiums. Remaining with Ralt for 1983 he dominated the Championship with seven victories, including success in the International Trophy race at Silverstone and by the end of the season he had taken another six pole positions and nine fastest laps.

1984 saw two more F1 drives, with the RAM team in Canada ,but a broken turbo wastegate ended his race and he entered the German GP with Tyrrell though failed to qualify for the race by just 0.055secs. Mike finished the year with two CART races for Penske, replacing the injured Rick Mears, but he declined offers to continue in that series.

There were two drives in the World Endurance Championship, in a Obermair Racing Porsche 956 at the Nürburgring 1000km plus the Fuji 1000km in a Kremer Racing 956, where he finished fifth. Turning to Formula 3000, he won three races, and finished runner-up in the series, losing the title at the last race plus did four races with the TWR Jaguar team, taking a second place at the Shah Alam circuit (with John Nielsen). 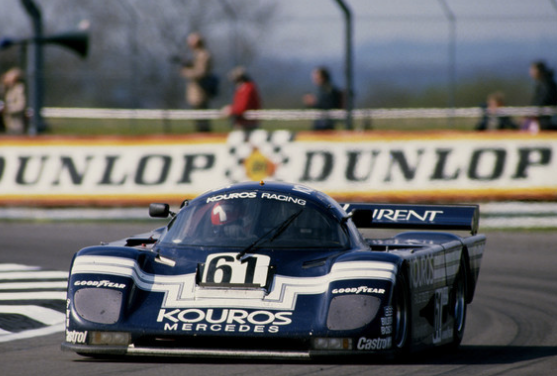 1986 saw him continue in F3000 in Europe and Japan plus he co-drove a Sauber with Henri Pescarolo to win the Nürburgring 1000km.

From this he raced in New Zealand, winning the MANZ Formula Pacific International Championship and then drove Kouros Racing’s Sauber C9 in sports cars though his only podium in the World Endurance series came when he drove for Britten Lloyd Racing, partnering Mauro Baldi in their Porsche 962GTi

He returned for an F3000 drive for Ralt at Pau in 1988 but Mike then decided to leave motorsport.

Since that time he has worked, among other occupations, as a helicopter pilot, flying to and from oil rigs in the North Sea for Bristow Helicopters, a special needs teacher, a gold miner in Australia, a steeplejack, plus ran a skateboard and surf shop as surfing was a passion for him.