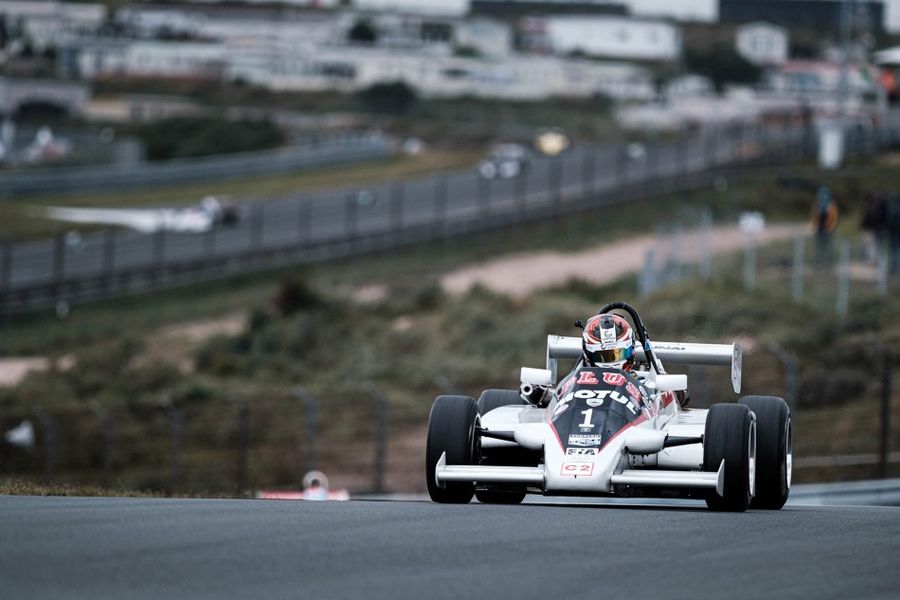 After a slight delay due to issues in the other sessions, qualifying for the 2019 FIA Historic Formula 3 European Cup saw Christian Olsen and Davide Leone capitilise on their Free Practice pace to secure the two class poles for tomorrow's first race.

With strong winds and heavy rain showers throughout the after made the track for qualifying tricky for the competitors but as they headed out on track the Zandvoort circuit was dry. However with rain clouds gathering overhead it was important to bank an early quick lap.

Christian Olsen posted a 1m43.606s lap in his Martini MK39, the Dane well ahead of the rest of the field. Frederic Rouvier (Martini MK34) and Michael Ringstrom (Martini MK42) tried to keep pace with the Dane but Rouvier was only able to get with in a couple of seconds. The French driver finished the session in second place but 1.965 seconds behind Olsen on a 1m45.571s. Ringstrom was third with a 1m46.101s.

However in post qualifying checks Rouvier's Martini was found to have a techincal infringement and will have to start the race at the back of the grid.

The Class 1 pole went to Davide Leone (pictured below) , the Italian posting a 1m46.181 in his March 783, which was good enough for 4th overall, just 0.080s behind Michael Ringstrom. Second in Class 1 went to Valerio Leone in the March 783, the elder Leone 0.9 seconds behind Davide and 7th overall behind the Martini MK34 of Manfredo Rossi Di Mantelera and the Ralt RT3 of Thomas Weidel.

As the competitors tried to improve their times the rain started to fall and that was the end of any improvements for the grid for Saturday's race.