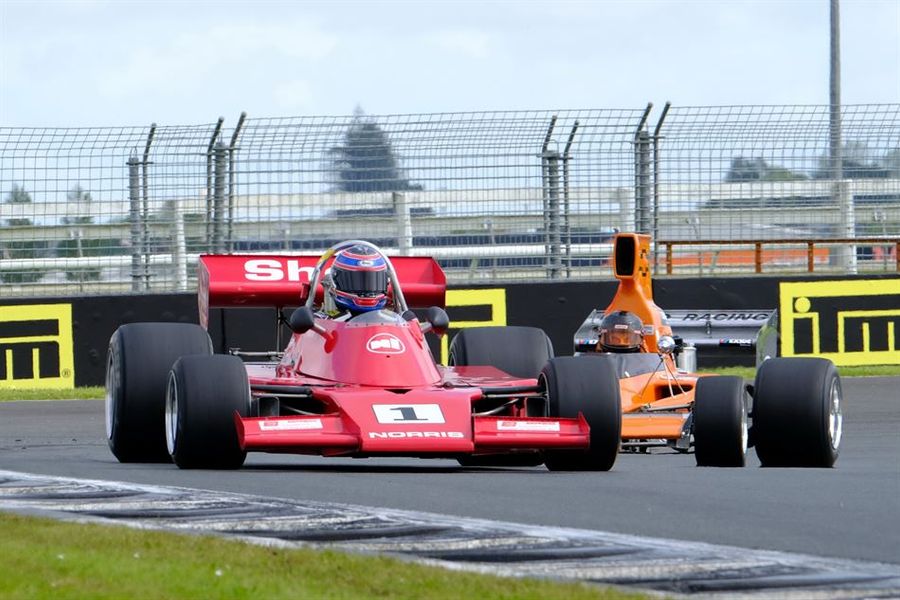 Passports have been updated, work leave arranged and bags packed; now all the 14 SAS Autoparts MSC NZ F5000 Tasman Cup Revival Series drivers heading to the United States for the 50th Anniversary celebrations of their category this and early next week have to do is wait for the day they are due to fly out.

The long awaited US 50th anniversary celebrations are being held in conjunction with the annual Rolex Monterey Motorsports Reunion meetings at the recently renamed WeatherTech Raceway Laguna Seca in northern California.

The ‘main event’ is over the August 25/26 weekend. But in honour of their anniversary celebration year – and the fact that car owner/drivers from around the world have shipped their cars to the US for the occasion - the organisers have also given the F5000 category a spot on the programme at the ‘Pre-Reunion’ meeting the weekend before (Aug 18-19).

Because long-time series sponsor MSC (Mediterranean Shipping Company) regularly moves the New Zealand-based F5000 cars to and from events around the world, their owner/drivers are used to the process.

“Honestly, and I know it’s not just me, because I’ve talked to most of the other guys (about this) over the last month, we are all like little kids again, counting down the days – or the sleeps if you like  – until we get on the plane.”

The stock block 5.0 litre wings-and-slicks Formula 5000 category is one of a number selected to feature at the annual Rolex Monterey Motorsports meetings. It is the only one, this year, however to be celebrating a major anniversary, its 50th.

“It’s a pretty significant number for any race category, when we think about it, and just goes to show, “ says Richards, “how good the original idea (of combining what at the time were state-of-the-art chassis with simple, cost-effective ‘stock block’ V8 engines) actually was.”

At least 41 genuine, period-correct Formula 5000c are set to line up for the Pre-Reunion meeting next weekend (Aug 18-19) and as many as 47 at the main Rolex Reunion meeting which starts on Wednesday August 22 and finishes on Sunday August 26.

Heading the ‘home’ contingent will be the class winners at the recent second round in this year’s US Formula 5000 50th Anniversary Racing Series, Craig Bennett (Class B 1972-1976 Shadow DN6) and Mark Harmer (Class A/Pre 1972 Surtees TS5). Also entered at both meetings and expected to do well are former US F5000 Racing Series class title holders Seb Coppola (Class A Lola T192), Jim Stengel (Class B McRae GM1) and Rick Parsons (Class B Lola T332).

Regular New Zealand visitor Jay Esterer from Canada is also doing both meetings in his Class B McRae GM1. While joining legendary Kiwi Ken Smith as one of only two first timers still racing F5000 cars four decades after they originally did is American series regular (and former NZ series guest) Eric Haga – driving the very same car he did in period, a 1970 model Class A Lola T190.

When they are not preparing and/or racing their F5000 cars members of the SAS Autoparts/MSC NZ F5000 Tasman Cup Revival Series group will be able to check out the annual Pebble Beach Concours d’Elegance classic car event at nearby Pebble Beach, Monterey.

The annual classic car event starts on Tuesday August 21 and runs in parallel with the Rolex Monterey Motorsports Reunion until Sunday August 26.