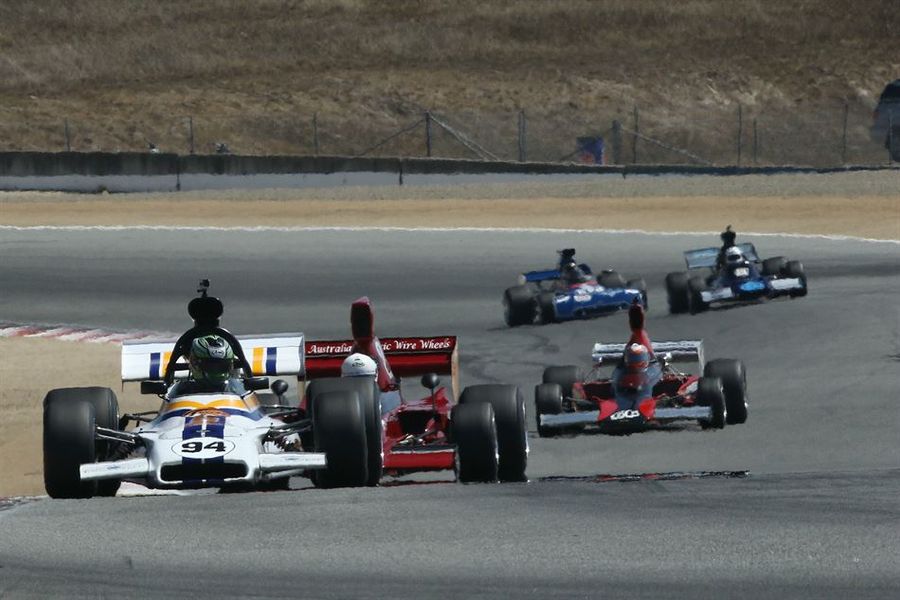 The Kiwis from the SAS Autoparts MSC NZ F5000 Tasman Cup Revival Series who shipped their F5000 cars up to the official US 50th anniversary celebrations of the category at the Laguna Seca circuit in Northern California made a big impression at the Pre-Reunion meeting over the weekend.

The locals got their revenge in the second weekend race on Sunday, won by Craig Bennett from Milford, Michigan in the unique Dodge-engined Shadow DN6, with Australian driver Paul Zazryn (Lola T332) again second and American ace Kyle Tilley again third in his Lola T330.

First race winner, Kiwi Michael Collins (McRae GM1), was in the mix up front in the second race as well but admitted afterwards that the other front-runners got a better run off the re-start after a mid-race Safety Car period.

‘It’s crazy the way it climbs then drops away,” Collins said after the second race. “I’m definitely still finding my way around the place and think I probably still will be next weekend. Seeing it on TV just doesn’t do it justice, especially  when you drop down off the corkscrew. It’s just so steep. There’s also a lot of camber in the corners too, something else you don’t realise until you get there.”
Just being in the ‘States with a locally-made car, meanwhile, had Aaron Burson buzzing.

“I said before we left that I was taking the Talon home and one of the first local guys I met here came up and told me he actually built our cars here in California. So yeah, that was a  real buzz for a start. I think I can speak for a all the guys who have made the trip up here from New Zealand, too, in saying that we are all still pretty much pinching ourselves that we are here and racing at such a historic circuit, and one which has so much category history associated with it.

“In terms of driving it is also real bucket list stuff. Michael is right about the elevation changes and the camber in the corners. You watch the MotoGP and Superbike races on TV and you think to yourself, yeah the track goes uphill there but when you get here you’re thinking ‘man that’s steep.’ And that’s just going up the hill. The corkscrew is so steep going down again that some of the guys on the track walk reckoned they’d need steps if they wanted to climb back up!”

Unfortunately missing from the track for much of the weekend was the man many had come to see – 77-year-old category super-vet, Ken Smith. The evergreen Auckland racer picked up some sort of gastro bug in the week leading up to the Pre-Reunion meeting, and though he went out in Saturday’s timed practise session, he only managed a couple of laps in the race later that day before pitting and heading back to his hotel to try and sleep the bug off.

Fellow Aucklanders Glenn Richards (Lola T400) and Frank Karl (McLaren M10B) were also in the wars. Karl ran up the back of the car in front of him in Saturday’s race when its driver hit the kill switch (by mistake) as the pair accelerated onto the start/finish straight, the ensuring contact ripping a rear wheel off the Kiwi’s car. Richards, meanwhile, blew an engine (also in the first race).

Fortunately, the Frank Karl McLaren can be fixed in time for the main Rolex Monterey Motorsports Reunion meeting which begins on Wednesday. With just a couple of days to try and source, fit and run in a new engine, however, Glenn Richards has made the hard decision to sit out the rest of the trip and rebuild the engine when the car gets home.
With the Pre-Reunion meeting done and dusted for another year the Kiwi drivers now have the main Rolex Reunion meeting which starts on Wednesday August 22 and finishes on Sunday August 26, to look forward to. 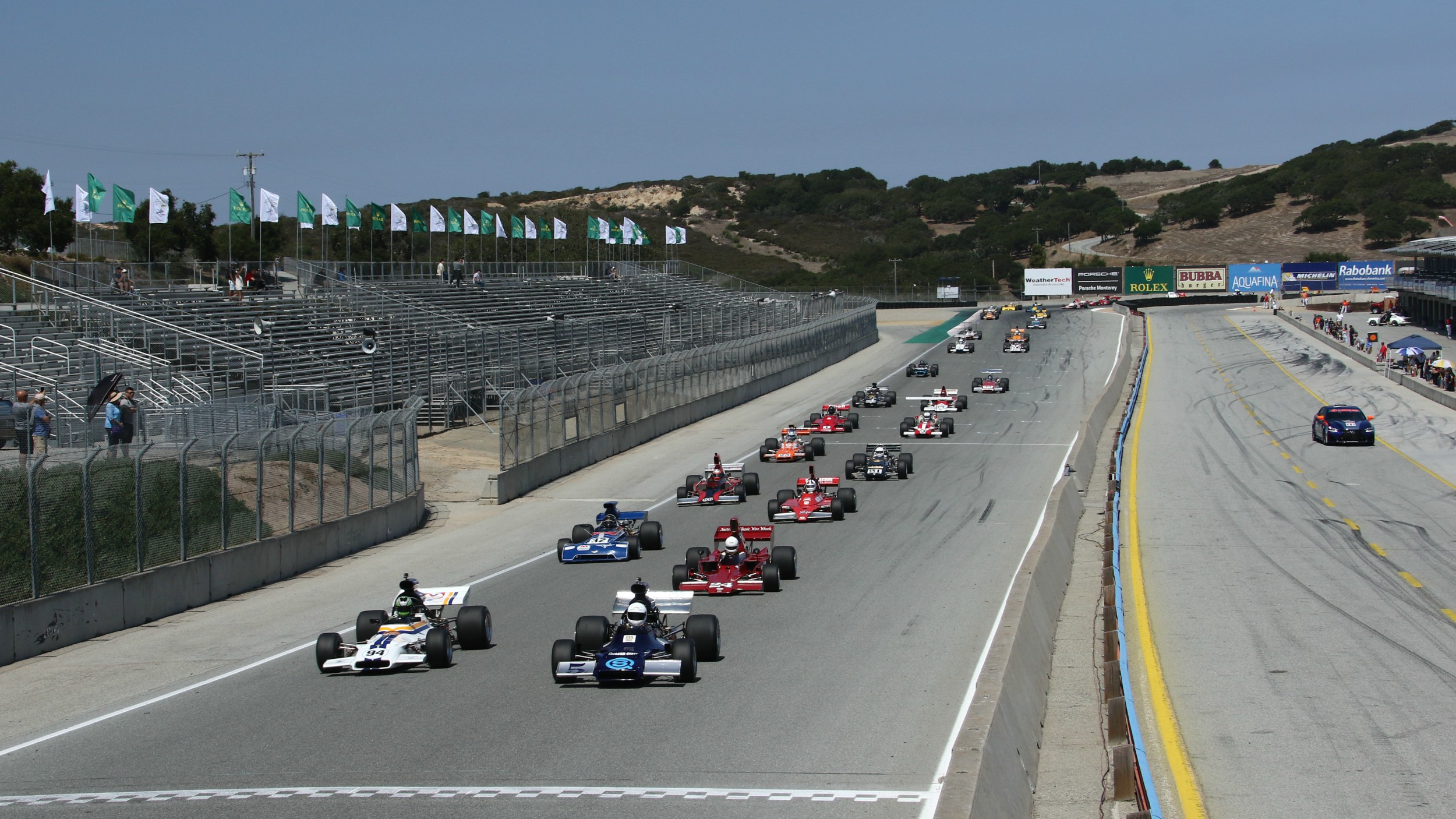