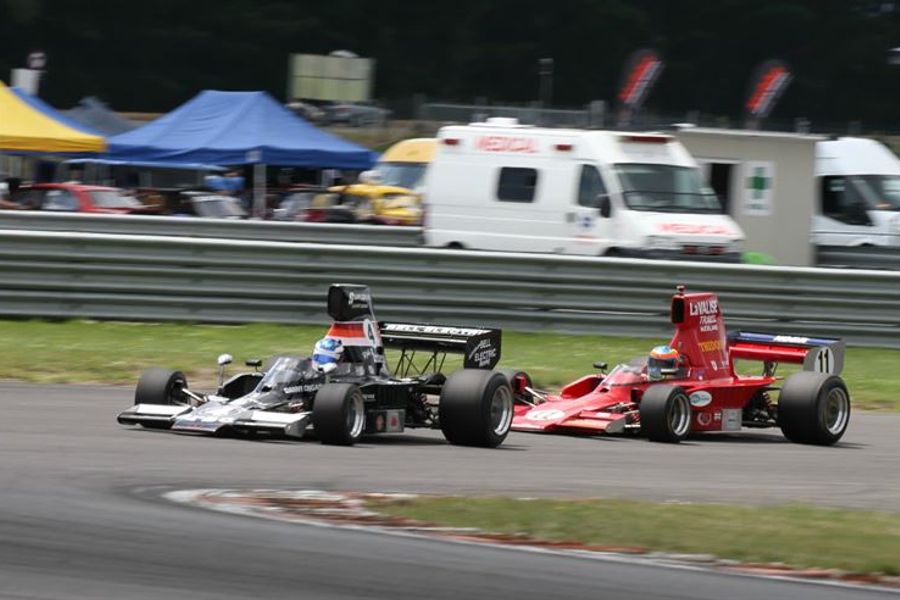 The NZ Motor Cup is one of New Zealand motor racing’s most prestigious – and oldest - prizes having first being awarded to the winner of the Australasian Beach Racing Championship - Howard Nattrass - at Muriwai in 1921. This weekend Smith, now 75-years-old and contesting his 60th consecutive national season of national motor racing in this country, is again one of the favourites in the historic F5000 single-seater category, the main support class to the Toyota Racing Series (TRS) at the Speedworks/HRC NZ Motor Cup meeting at the Hampton Downs motor racing circuit in the northern Waikato.

Now one of seven feature race trophies awarded to drivers contesting the annual Toyota Racing Series (TRS), the NZ Motor Cup will be awarded to the winner of the final TRS race on Sunday.

Having won it himself for the first time driving a Lola T330/2 F5000 car in 1976 then again in a Formula Pacific car in 1990, Smith says that he will obviously take an interest in who adds their name to the 97-year-old Motor Cup on Sunday.

His main focus, however, will be on the three SAS Autoparts MSC NZ F5000 Tasman Cup Revival Series races on the undercard.

“It will have to be,” he said this week as he and crew chief Barry Williams prepared Smith’s state-of-the-art Lola T332 at his workshop at the track. “I’ve got some real competition there now.”

A gear selection issue (a bearing moved, meaning he could only select second and fourth gears not the third he needed for the circuit’s infield corners) cost him the lead and win in the Taupo Historic Grand Prix feature race last weekend. But one of the many young Kiwi drivers that Smith has mentored over the years, Aucklander Andy Higgins (Lola T332), also beat Smith to the line – albeit by just 0.265 of a second – in the second series race earlier in the day.

The other young gun in the field, 21-year-old Michael Collins (McRae GM1) from Christchurch, also twice finished third, and by dint of wins and second placings at the two earlier rounds leads the 20117/18 series points standings,

Smith likes nothing more than having someone worthy to pit his skills against, and he was positively fizzing on Wednesday as he contemplated the rematch with Higgins at Hampton Downs this weekend.

“He’s a good young steerer and he’s good to drive against, clean and hard but fair. He won’t have you off the track like some of these young blokes but he is still 100% determined to win.

“It’ll be just like when Michael Lyons (Lola T400) comes out here. It’s always better when you’ve got someone to push you and who you can push. It definitely keeps you on your toes, that’s for sure.”

With three rounds down and three more – including the grand final at Australia’s Phillip Island circuit in March to go, it is still anyone’s SAS Autoparts MSC Series.

The big movers, points-wise, after Taupo were Smith, who moved up six places after blowing an engine then heavy crash in a borrowed car at the opening series round, and - as a consequence - an absence at the second a week later at Manfeild, and fellow Aucklanders Glen Richards (Lola T400) who has moved up four places, and David Banks (Lola T332) who made up three.

Class A (for earlier era cars) standout David Arrowsmith also moved up three spots and is fourth overall heading to Hampton Downs after a best Taupo finish of sixth place in his unique Ford 302-powered Lotus 70.

Another Auckland driver, Grant Martin (Talon MR1/A), is working hard to have his car at the meeting this weekend after an engine issue at Taupo. As is UK-based series regular Greg Thornton (March 75).

The category is one of five supporting the Toyota Racing Series at Hampton Downs this weekend. Others include the TradeZone GT3-GT4s, Nexen Tyre Mazda Pro 7s, Motul Honda Cup and Formula Libre and Historic Formula Ford.

Series points after Rnd 3 of 6:

* 1st in Class A (for earlier model cars)