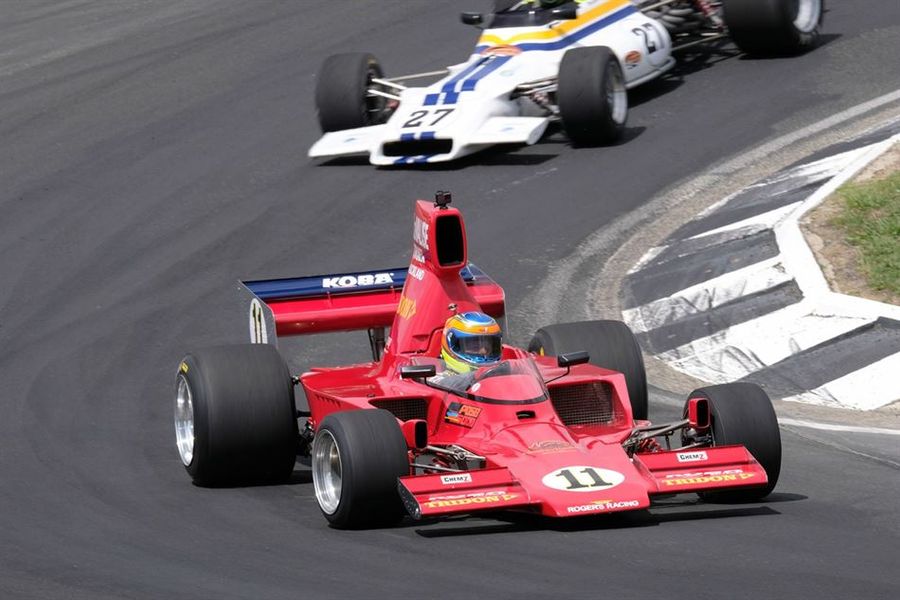 The schedule was called after the first TRS, Honda Cup and Historic Formula Ford races as the surface of the Hampton Downs circuit started breaking up in the 30 degrees C+ temperatures.

Asphalt contractors will work overnight to repair the sections of track – the braking and apex areas of the two infield hairpins – worst affected.

In doing so he was the only driver in the SAS Autoparts MSC category to crack the minute mark around the 2.800km circuit and the lap was almost a second (0.988) quicker than that of fellow front row starter Michael Collins (McRae GM1) who clocked a best time of 1.00.412, and just over a second (1.228) faster than third placed Andy Higgins (Lola T332).

After engine issues saw him park his unique 3.4-litre Ford-engined March 75 at Taupo last weekend, Greg Thornton pressed his other F5000 car, the ex Peter Gethin, Race of Champions-winning Chevron B32 back into service to qualify seventh.

Dave Arrowsmith was again the quickest of the Class A (for earlier category cars) runners with the eighth quickest time.

Missing from the session, meanwhile, was category newcomer Mike Creswell from Tauranga. He blew the gearbox in his recently acquired ex Clark Proctor March 73A-1 apart in the final practise session on Friday and looks set to miss the rest of the meeting.

In a race against time, meanwhile, Auckland driver Grant Martin missed qualifying while he dynoed up a new engine to replace the one that lost oil pressure during the Taupo Historic Grand Prix race at the Taupo round of the SAS Autoparts MSC Series last weekend, but arrived just in time to find out that the first race had been postponed!