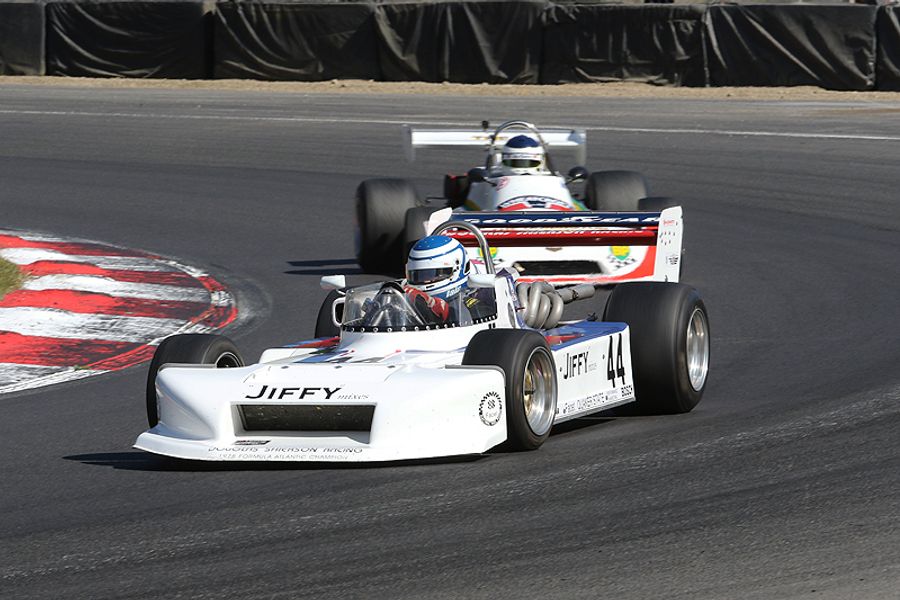 The first major historic race meeting to be held in Wales will honour Tom Pryce with a programme that includes the inaugural stand-alone races for Formula Atlantic as a historic category. Pryce was a star of Formula Atlantic during his rise to stardom and the pair of races will be run for the Tom Pryce Trophy.

“We’ve had such a good response,” said Iain Rowley, the man behind the initial idea to run a dedicated Formula Atlantic race. “We’re very pleasantly surprised at the people coming back out. We’re getting enquiries from drivers with cars that have not raced for some time. We’ve had interest from all over the world and we’re hoping to get some cars from Ireland to come to Anglesey.”

Among the cars already confirmed for Anglesey is the Chevron B34 of Australian racer Martin Bullock. From new in 1976, it went from the Chevron factory in Bolton to Albert Poon who raced it in Malaysia and at Macau. “I’ll definitely take it to Anglesey in July for the Formula Atlantic races,” said Bullock. “The circuit looks like a UK version of Philip Island!”

Interest in the first Formula Atlantic races in the UK for more than 30 years is building strongly ahead of the Tom Pryce Memorial Race Meeting at the Anglesey circuit in North Wales (July 13th/14th).

To be run as part of the Historic Sports Car Club’s first race meeting at the spectacular track, a representative grid of Formula Atlantics is being assembled for the pair of races, which will be sponsored by Raceparts (UK) Ltd.

Another car pledged for Anglesey is the March 722 owned by Formula Junior racer Bob Birrell. The car came back to the UK late last year and arrived in excellent condition from North America, where it had spent all of its racing life. “I’m very excited about it,” said Birrell. “It’s never yet been raced in Europe and I’ll definitely do the Anglesey races.”

Formula Atlantic started in the UK in March 1971 for 1600cc single-seaters and enjoyed tremendous support over four seasons before faltering when bold plans to re-brand it as Indylantic hit problems. It was revived in 1979 but finally ended in 1983. It even earned a place on the supporting programme for the 1973 British Grand Prix at Silverstone when the 30-car field included Tom Pryce in a Motul Rondel.

Andy Dee-Crowne, CEO of the HSCC, said: “Interest in the Formula Atlantic races at Anglesey is coming along really well. I’m particularly pleased that we are getting interest from cars and drivers that are not currently racing.”