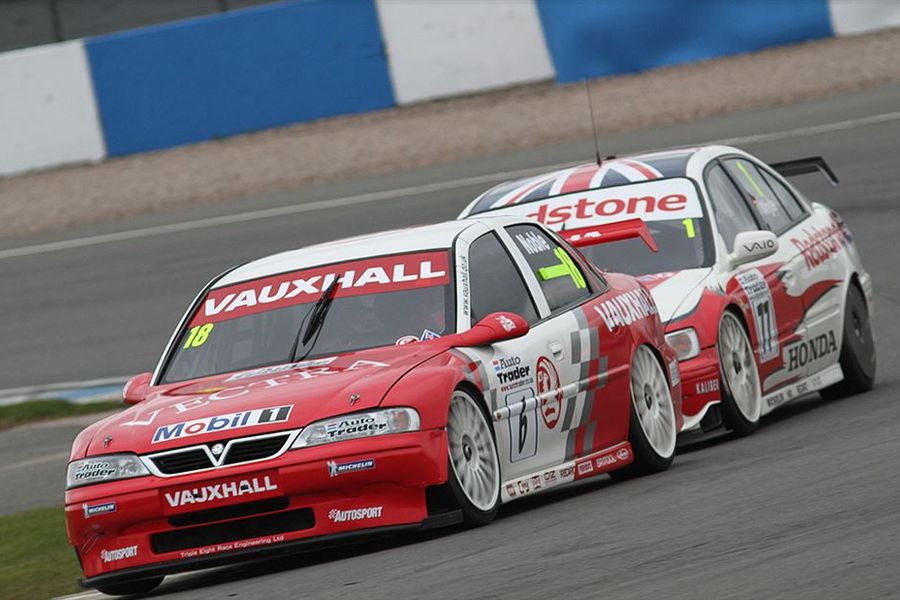 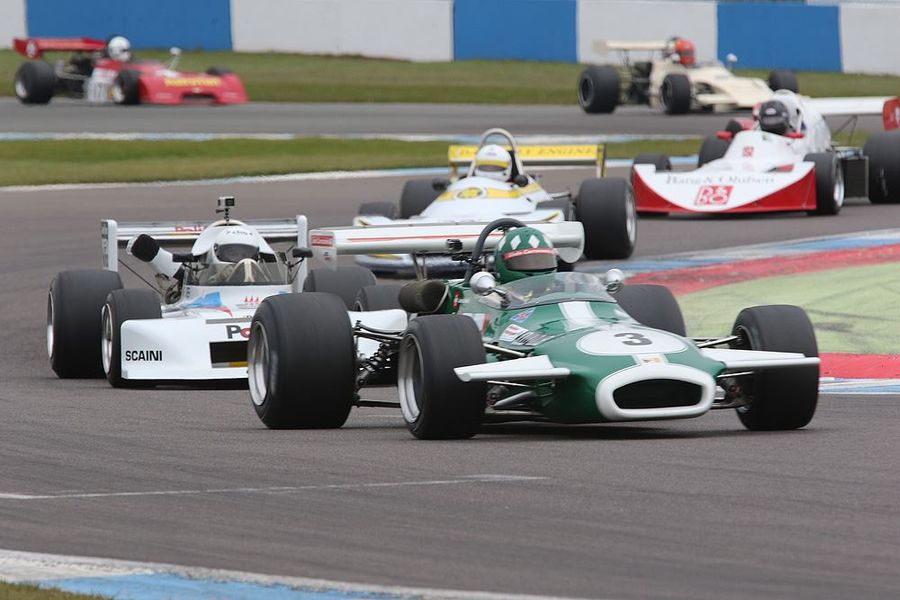 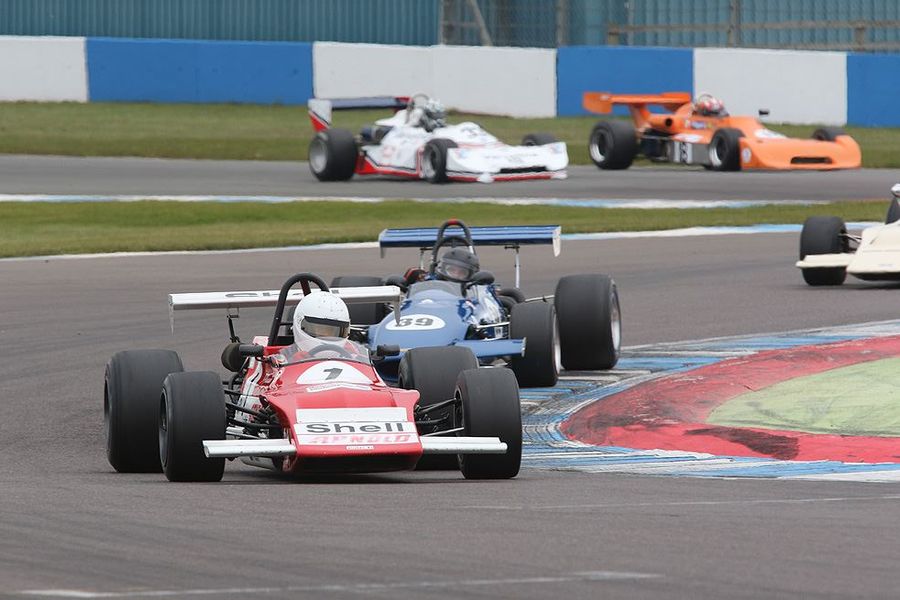 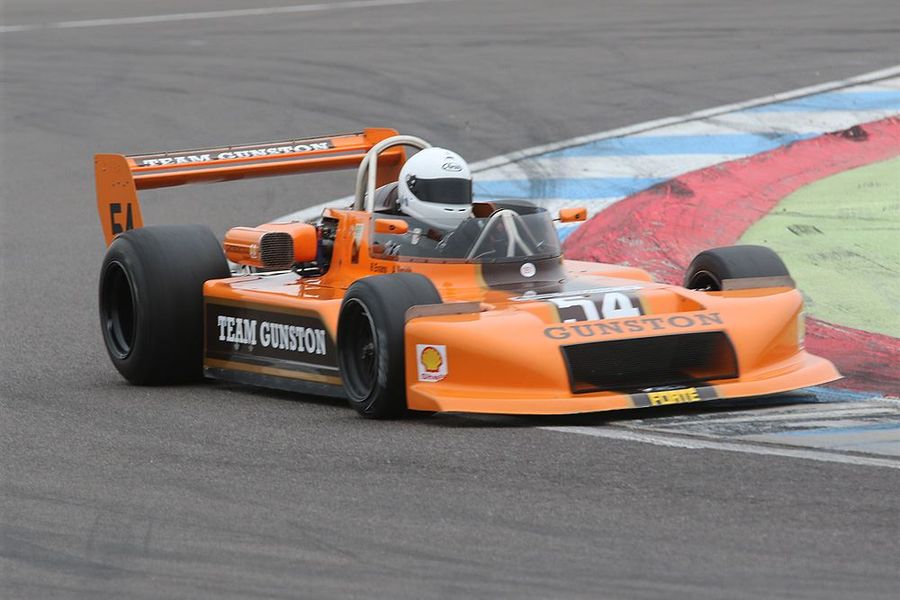 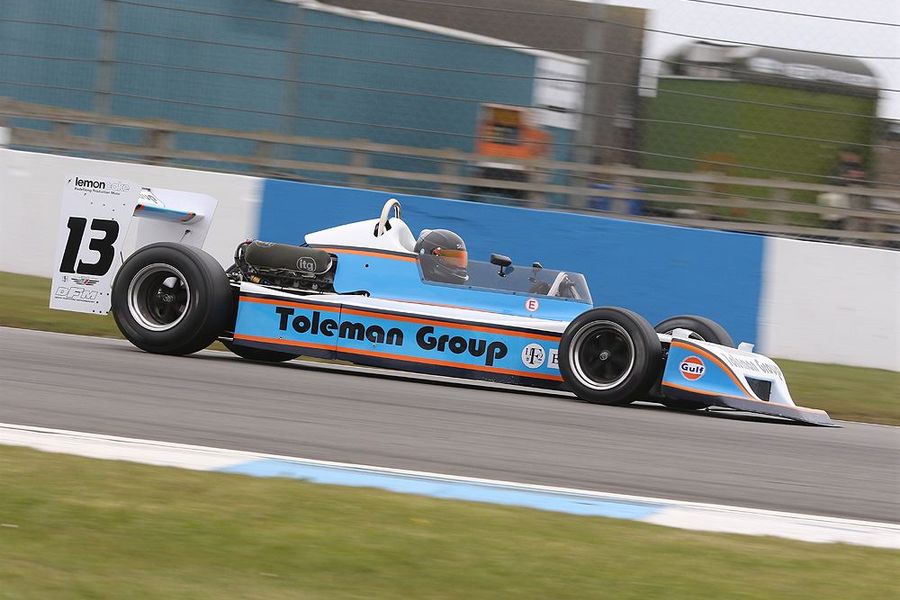 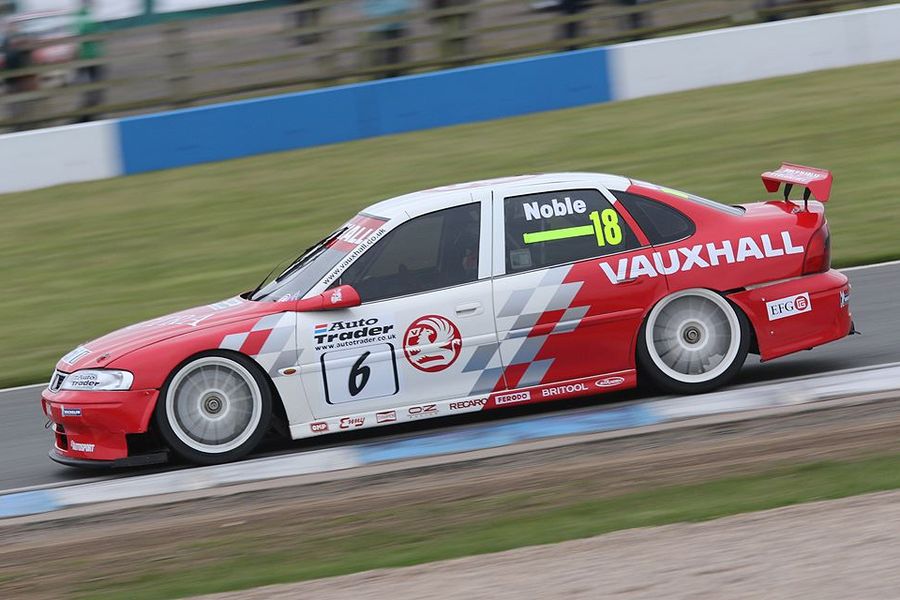 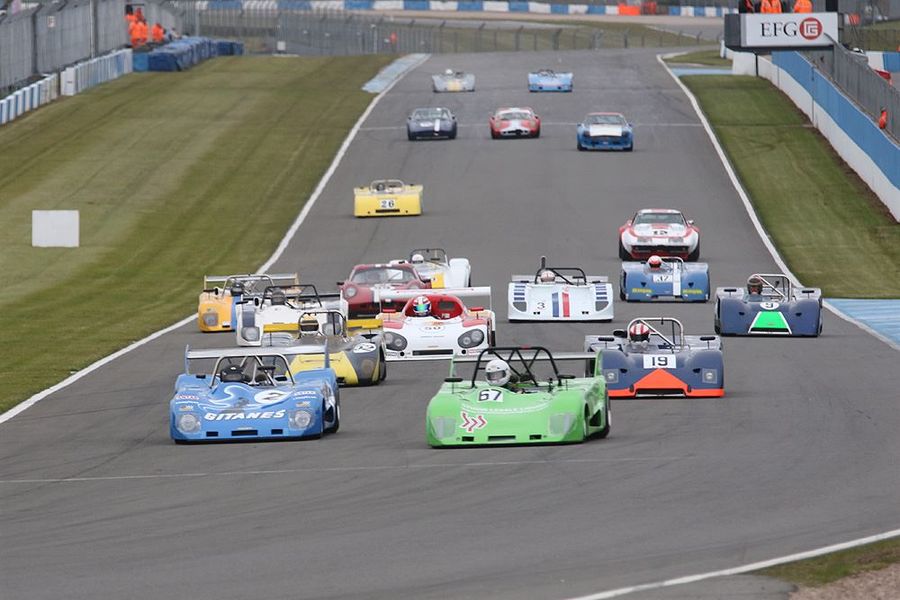 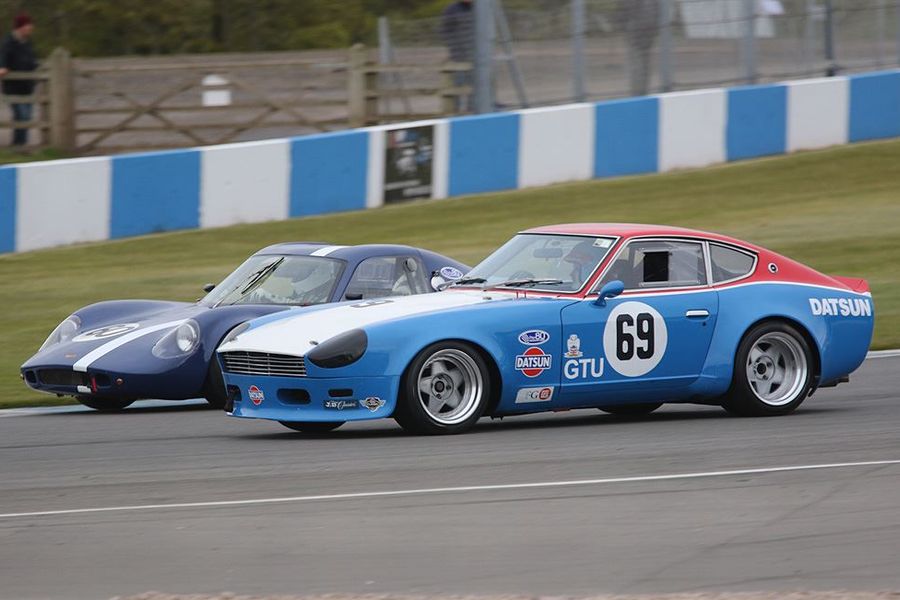 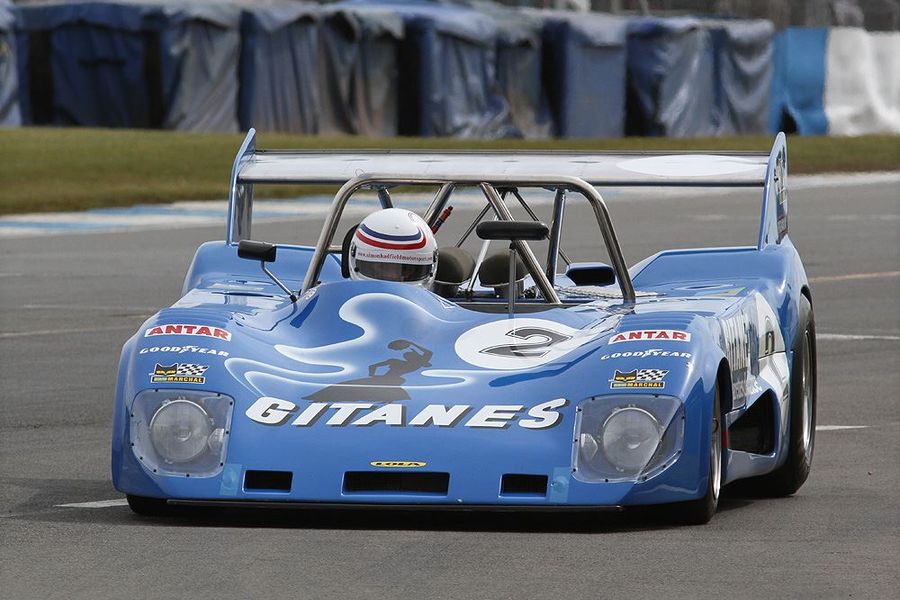 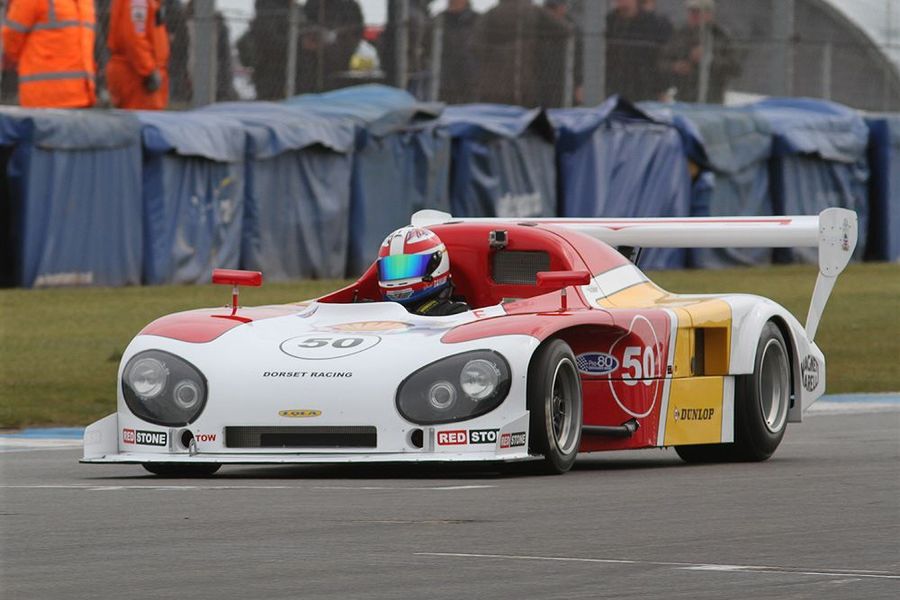 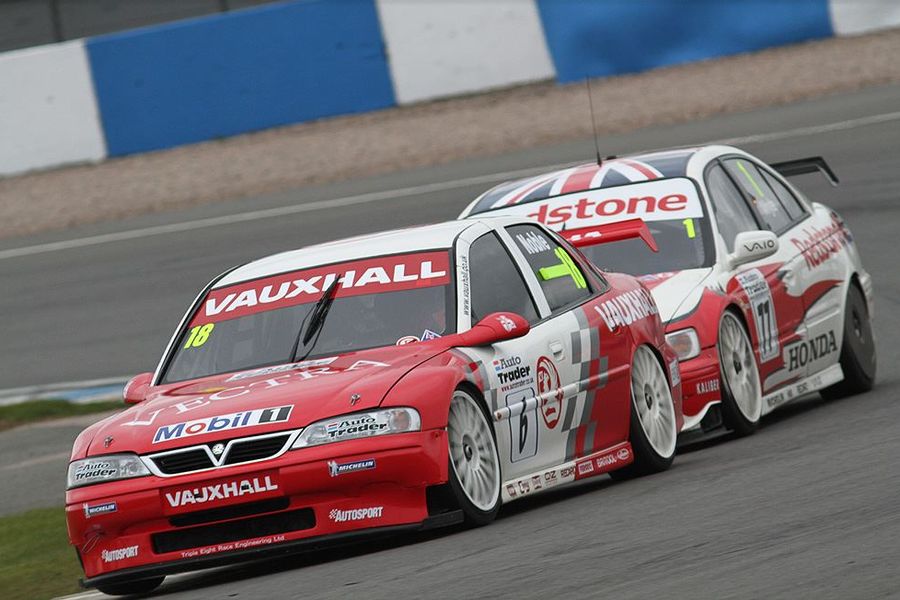 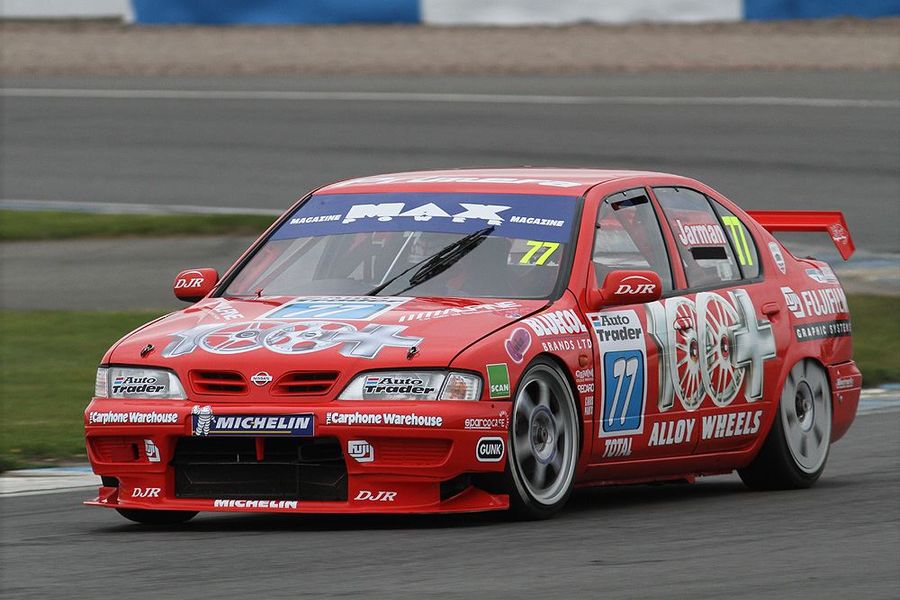 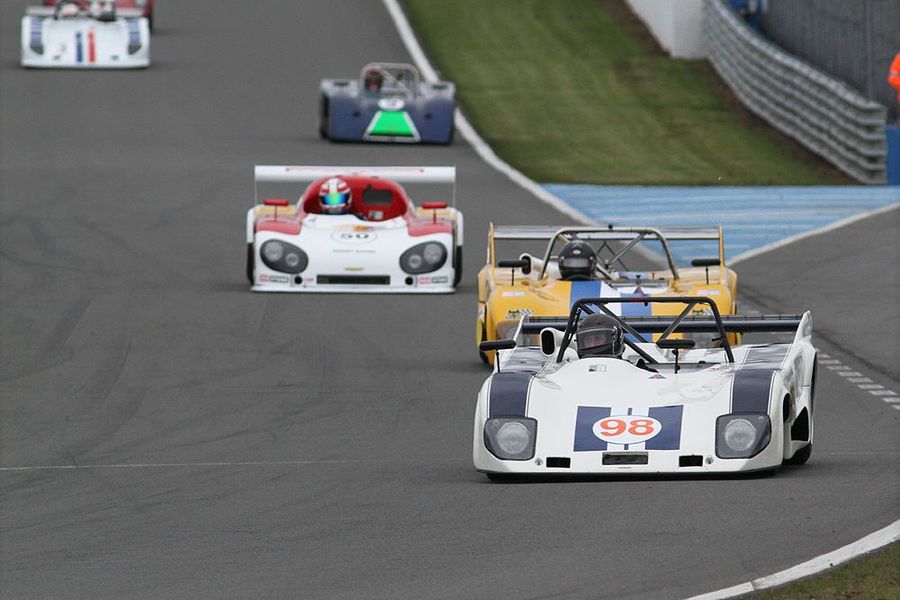 Click on the Gallery tab to see imagery from the HSCC's races at the Donington Historic Festival, pictures courtesy of Paul Lawrence.
Four categories from the Historic Sports Car Club featured in the Donington Historic Festival (30th of  April to 2nd of May) and it was Andrew Smith who starred with a double win as the HSCC Historic Formula 2 FIA International Series got underway. As well as being the race organising club for the high-profile event, the HSCC took Formula 2, Super Touring, Jaguar and Pre-’80 races to the event as the four major race series started their 2016 schedules. Despite some changing weather, the very full weekend was a great success with excellent racing from strong grids. Smith dominated the opening Historic F2 races in his Formula Atlantic March 79B. On Saturday he decided to go on slicks on a still damp track but on the warming-up lap he really thought he’d made the wrong call. However, the track continued to dry and the slicks came good as the drivers on treaded tyres fell away. Impressive F2 newcomer Dean Forward (March 782) struggled home second on wets to make a strong start in the category with Mike Wrigley third in his first race with the ex-Mike Smith/Ian Flux March 79B. Unfortunately a failing head-gasket forced Wrigley to miss the second race. On Sunday, Smith was headed into the opening laps by Forward but the contest was brief as Forward soon lost third gear and with it went any chance of fending off Smith. Forward still held second as Chris Lillingston-Price battled his Chevron B40 up to third after spinning to last on the first lap. At the head of the Pre-1980 Endurance race, Michele Liguori (Lola T292) was gifted a big lead when Leo Voyazides (Lola T282) and Martin O’Connell (Chevron B19) clashed in early battling. The Chevron was out with suspension damage and Voyazides headed for the pits with a broken wheel. Voyazides started his recovery from two laps down before handing over to Simon Hadfield to finish the job. They were soon up to second and finished within half a minute of Liguori, who eased his pace and then stopped on the slowing down lap with fuel problems. “Half an hour of fabulous enjoyment in a superb car on a great circuit,” said Hadfield. Colin Noble junior made an impressive Super Touring debut with victory in the opening race despite the very best efforts of defending champion Stewart Whyte. The Honda racer chased hard and was very close to Noble at the flag, but the newcomer held his nerve well under pressure. On Monday, Whyte won as Noble hit trouble and Patrick Watts bounced back from a non-finish in race one to take second in his Peugeot 406. The Jaguar Classic Challenge kicked off a fresh season with a first major win at this level for Julian Thomas, who shared with Calum Lockie to see off a very strong field of E-types. Major rain in the middle of the race made conditions very difficult but there was some commendable driving and just one retirement from the 30-car grid. John Pearson and Martin Stretton ensured an all E-type overall podium while class winners included Gary Pearson in his glorious D-type and Roger Cope in his Mk1 Saloon.
Historic Sports Car Club HSCC Historic Formula 2 FIA International Series Donington Historic Festival Gallery