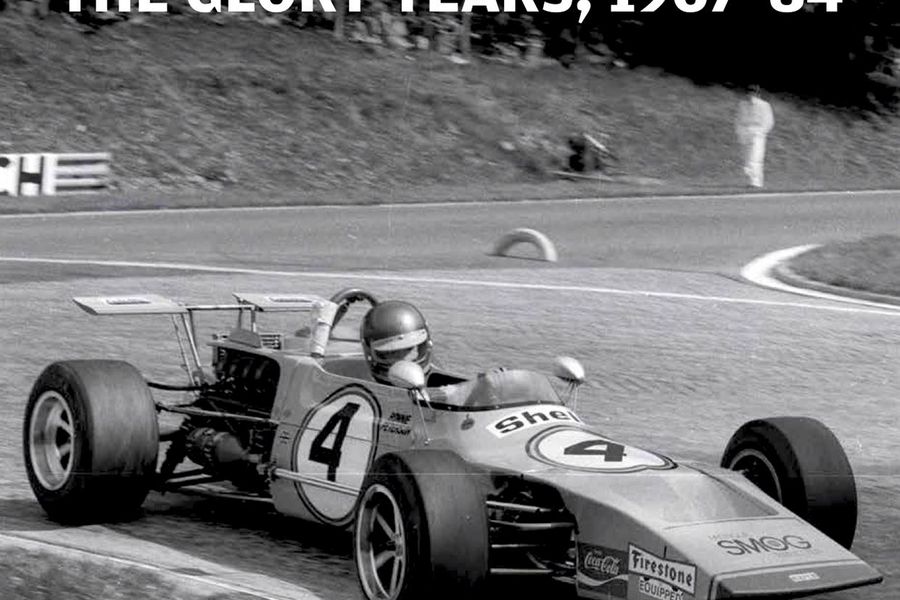 This looks a certainty for our bookshelves when it is released in July this year, Chris Witty’s new tome on the European Formula 2 Championship, 1967–84, marking the 50th anniversary of its first season.
Formula 2 adopted a 1600cc engine formula in 1967 to match the engine capacity hike in Formula One and then moved to two-litre engines in 1972 for a series that frequently saw up-and-coming racers taking on the established stars of the day at circuits across Europe. A grading system saw the Formula One stars unable to score points, but that didn’t deter many from racing to keep active through the more relaxed Grand Prix seasons of those times.
Witty has interviewed many of the surviving protagonists to produce what should be a colourful and evocative retrospective, supported by the work of Jutta Fausel, who photographed Formula 2 races throughout this period and the book has 500-images. It’s 448-pages feature:
• The birth of the European Formula 2 Championship in 1967, when Jacky Ickx (the writer of the book’s foreword) became the first champion, driving a Tyrrell-entered Matra.
• The French Matra cars raced by the next two champions, Jean-Pierre Beltoise (1968) and Johnny Servoz-Gavin (1969).
• The success of March who won six titles, the first with Ronnie Peterson in 1971
• The all-British win in 1972, which saw ex-motorcycle ‘great’ Mike Hailwood win the championship in a Surtees TS10.
• The French dominance with champions in five consecutive years: Jean-Pierre Jarier (1973), Patrick Depailler (1974), Jacques Laffite (1975), Jean-Pierre Jabouille (1976) and René Arnoux (1977) dominated their era and all bar Jarier went on to become Grand Prix winners.
• How the British Toleman and Ralt manufacturers emerged in the final years of the championship, which saw three more British champions: Brian Henton (1980), Geoff Lees (1981) and Jonathan Palmer (1983).
• The other champions, names such as Clay Regazzoni (1970), Bruno Giacomelli (1978), Marc Surer (1979), Corrado Fabi (1980) and Mike Thackwell (1984).
The series was relapsed by Formula 3000 in 1984, the FIA bringing in the new championship to cut costs and also provide a home for the three-litre engine Bosworth DFV engines no longer used in Formula One.
Chris Witty was a motor racing journalist for much of the period covered by this book, first with Motoring News, then Autosport, and Formula 2 was the focus of his reporting. From 1980 he moved into public relations and marketing, first with the Toleman Group during the period in which it raced in Formula 2 and ran Ayrton Senna in its Formula 1 team. The book is set to be released by EVRO Publishing.
Formula 2 Chris Witty