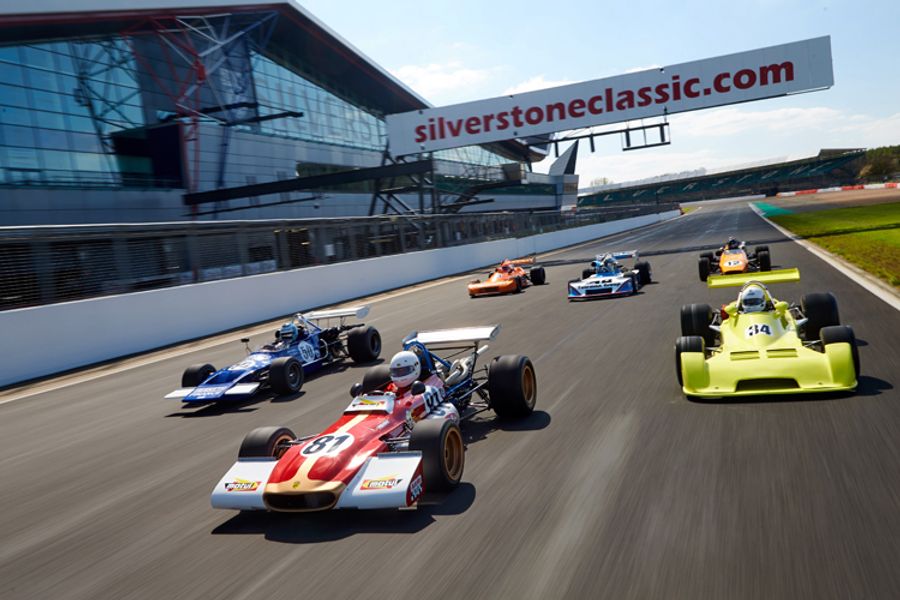 An entry of more than 50 cars will make the Historic Formula 2 FIA International Series races at the Silverstone Classic the biggest ever grid of such cars.

The Historic Sports Car Club has now taken 55 entries for the pair of races, which means that the 54-car grid is full with one reserve. Support for the HSCC-run championship is running at unprecedented levels and a grid of 54 cars will far surpass any previous grid for a field of Formula 2 and Formula Atlantic single-seaters from the late 1960s and 1970s.

Through the winter there were clear signs that Historic Formula 2 is heading for a hugely successful season in 2019 and the grid for the opening weekend of the season at the Jim Clark Meeting at Hockenheim (26-28 April) now has 30 entries for a maximum grid of 37. The second event of the season at Brands Hatch (May 25/26) is also filling fast with 25 of the 38 available places now taken.

The Silverstone Classic (26th-28th July) entry includes drivers from the UK, France, Germany, Switzerland, US, Holland and Australia. Many cars with significant histories will be in action including the ex-Emerson Fittipaldi Lotus 69, ex-Eddie Cheever and Clay Regazzoni Ralt RT1s, the ex-Wheatcroft Racing Chevron B29, the ex-Derek Bell Brabham BT30 and the ex-Giacomo Agostini Chevron B42.

A host of front-runners will be on the Silverstone grid, notably Darwin Smith (March 722), Andrew Smith (March 742), Neil Fowler (March 782), Michael Wrigley (Chevron B42), Matt Wrigley (March 782), Matthew Watts (March 772) and Martin Stretton (March 782). At least 14 of the drivers have previous experience in Historic Formula One.

Andy Dee-Crowne, CEO of the HSCC said: “Historic Formula 2 is experiencing a massive boom and the grid for the Silverstone Classic is set to smash all records. The cars look and sound fantastic and to see more than 50 of these cars on one grid will be amazing. Lots of people have worked very hard to build the championship to where it is now, notably the championship chairman Roger Bevan.”