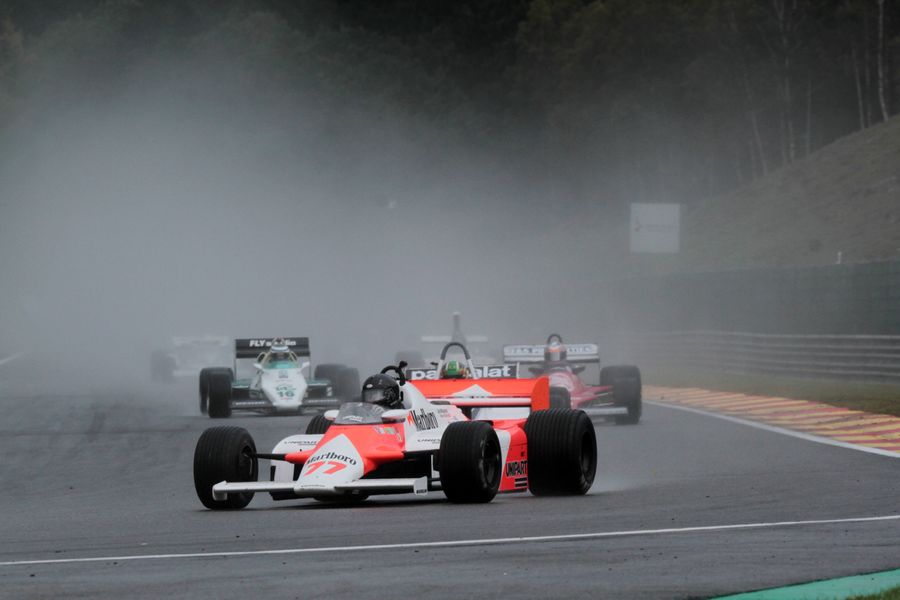 The fickle Ardennes weather played a huge part in many of the weekend’s races for the final round of the Masters 2019 European Tour at the Spa Six Hours. Only the Friday saw some qualifying sessions held on a dry track but on the two remaining days the circuit’s surface conditions varied from damp to soaking wet. Steve Tandy, David Hart/Nicky Pastorelli, Steve Hartley, Kyle Tilley, Craig Davies, Olly Bryant and Julian Thomas/Calum Lockie braved the weather to each take a win home. 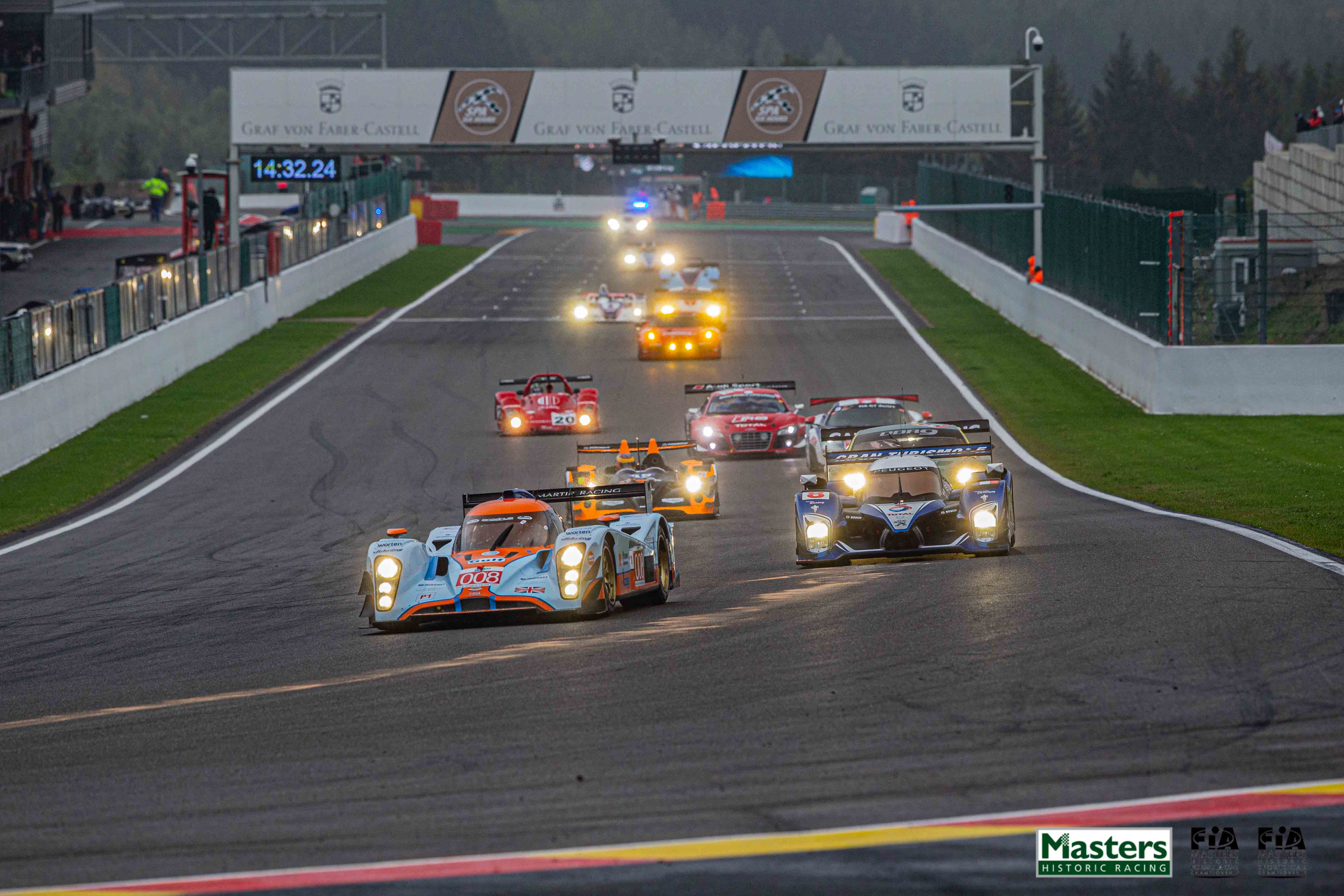 Opening the racing on Friday night, Steve Tandy took a storming win in the first Aston Martin Masters Endurance Legends race, his Lola-Mazda B12/60 edging out a lead of over 20-seconds before conserving the car for a dominant win over Christophe d’Ansembourg’s Lola-Aston Martin DBR1/2 and Kriton Lendoudis’ Peugeot 90X. The next day, the David Hart/Nicky Pastorelli Maserati MC12 GT1 took a stunning overall win in shockingly wet conditions.

In a slippery first FIA Masters Historic Formula One race on Saturday, Steve Hartley (McLaren MP4/1) came to the fore by beating Mike Cantillon’s Williams FW07C in a final-lap dash to the line. Having finished third overall in the first race, double pre-78 class winner Kyle Tilley took command on Sunday, taking James Hagan’s Ensign N177 to outright victory on perhaps the wettest surface seen by the circuit on the weekend.

Starting off a string of four Sunday races for Masters, Craig Davies drove to a controlled win in the Masters Pre-66 Touring Car race, his Ford Mustang keeping enough distance to the Julian Thomas/Calum Lockie Ford Falcon and Olivier Hart’s Alfa Romeo Giulia GTA for the entire 60 minutes of the race. 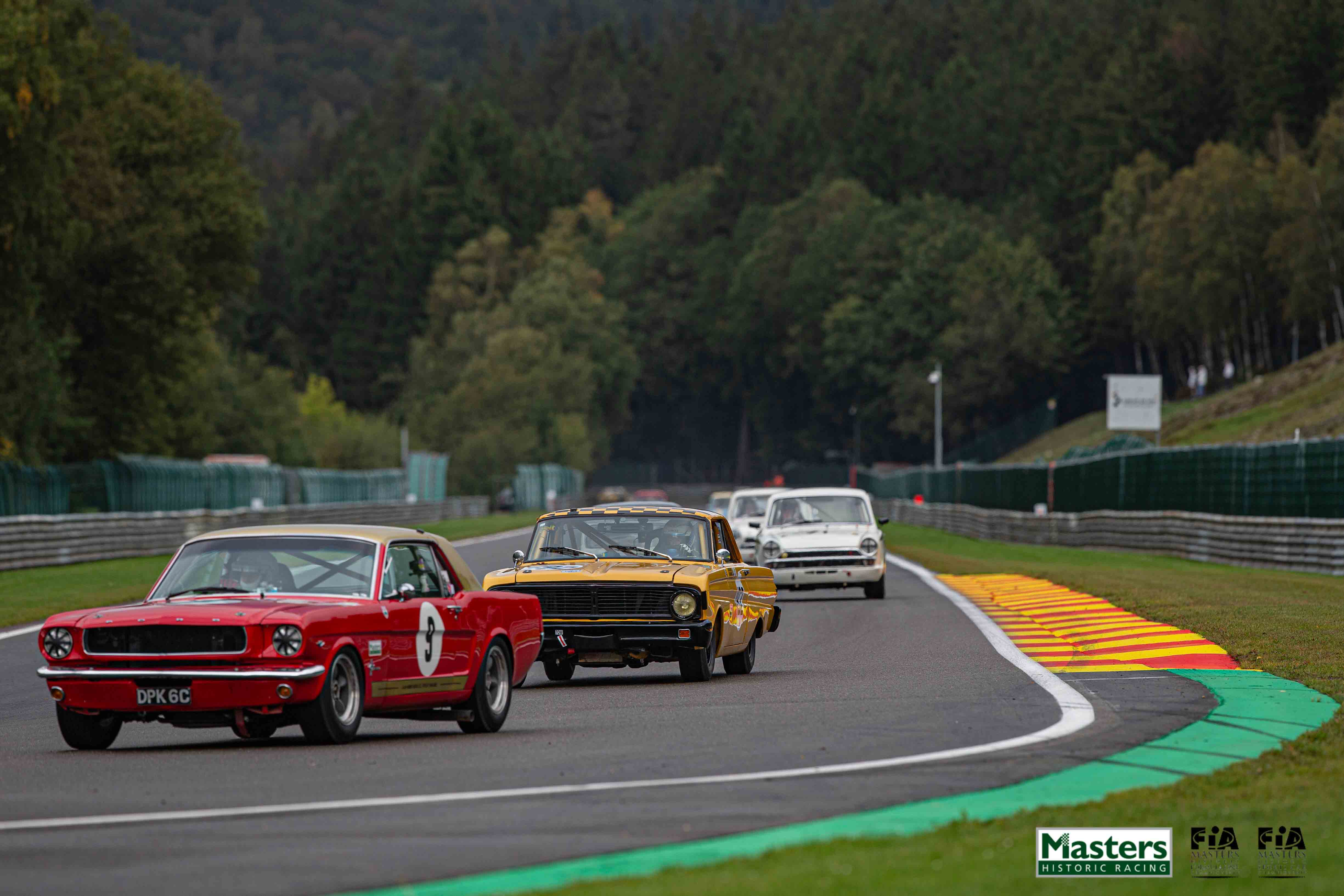 After the second FIA Masters Historic Formula One race, Olly Bryant followed that up with a dominant display in the FIA Masters Historic Sports Car race, as his Lola T70 Mk3B splashed to victory ahead of the similar machine of Jason Wright and Andy Wolfe, with the pole-sitting McLaren M6B of Andrew & Max Banks taking third. Richard McAlpine fought his way to the front to claim pre-66 honours ahead of Mark Shaw and Chris Drake in another McLaren M1B.

The weekend – and the European season – was closed off in style by a thrilling Masters Gentlemen Drivers race that saw Julian Thomas and Calum Lockie take a sixth win of the weekend in their Shelby Cobra Daytona Coupé. Until lap 21, though, it looked to go the way of the rival James Hanson/Andy Wolfe Daytona Cobra, Wolfe overcoming a stop-and-go penalty handed to Hanson to cut down Lockie’s lead to almost zero – only to lose control of the car at the back of the circuit, handing his rival the breather needed for victory. 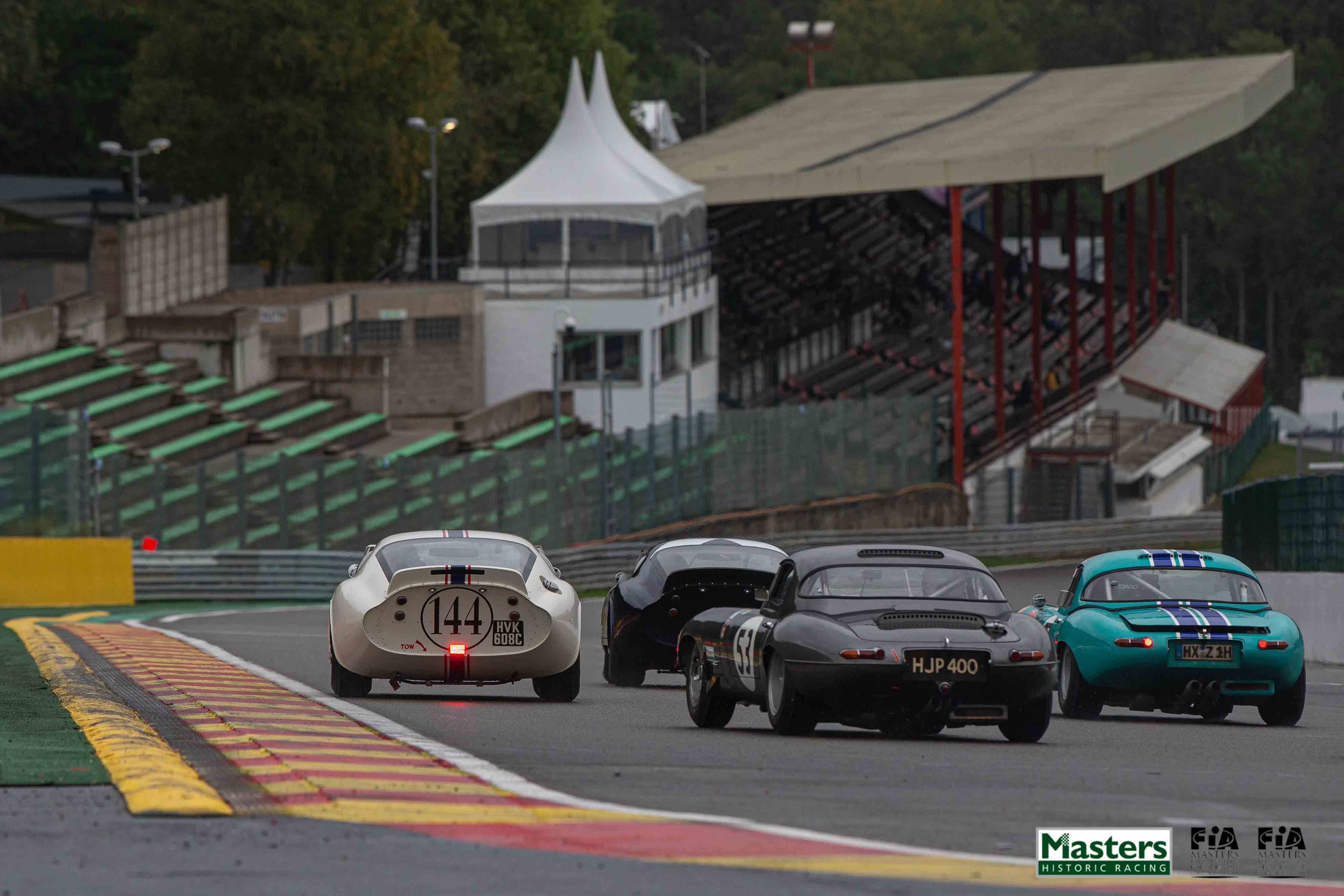