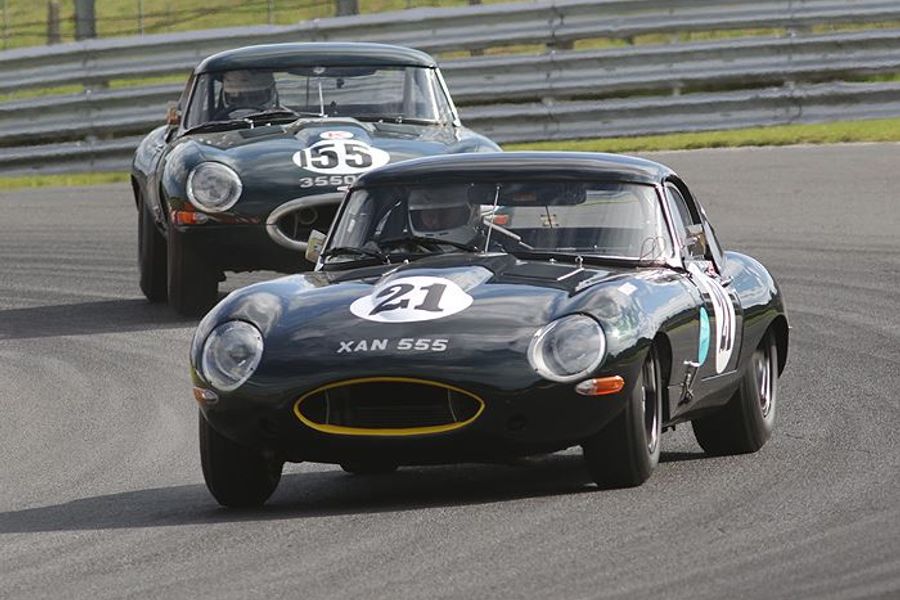 More than 100 competitors from the Historic Sports Car Club will head to Belgium this weekend (15th-17th September) to race at the world-famous Spa-Francorchamps circuit.
At the track widely regarded as the best drivers’ circuit in the world, HSCC racers will compete in a pair of HSCC Closed Wheel races as well as the final round of the Jaguar Classic Challenge during the high-profile Classic Six Hour race meeting.
The 30-minute Closed Wheel races were heavily over-subscribed with over 80 entries for the 65 places available on the grid at the home of the Belgian Grand Prix. The races are open to cars from several HSCC race series, including Pre ’80 Endurance, Guards Trophy, Historic Touring Cars, Super Touring Trophy and the twin Road Sports categories.
For contenders in the HSCC Historic Road Sports and HSCC 70s Road Sports Championships, the Spa weekend has added importance as it comprises a double-header round of both championships. Nearly 30 Road Sports will pack out the grid and it is champion elect Charles Barter (Datsun 240Z) who heads the 70s field with opposition from his son Julian and former champion Jim Dean who will do one race each in Dean’s Lotus Europa.
Lining up against the Barters is Oulton Park winner Russell Paterson who hopes to make the very long trek from the south of Scotland to race his Morgan Plus 8 at Spa. Meanwhile, in Historic Road Sports it is the Lotus Elan of John Davison that has set the recent pace but the open space and straights of Spa could play to the strengths of the earlier Morgan Plus 8s of Will Plant and Kevin Kivlochan.
The absolute pace in the HSCC Closed Wheel races should be set by the stunning Cosworth DFV-powered Lola T282 of Leo Voyazides and Simon Hadfield from the Pre ’80 Endurance Series. Also from the Pre ’80 field are the Osella PA3 of John Spiers and the Lola T212 of father and daughter Bob and Vicky Brooks, while Philip Nelson (Chevron B8) tops the cars from the Guards Trophy.
On Sunday morning, the hour-long Jaguar Classic Challenge race is the fifth and final race of the season and a fine grid of over 30 cars from the UK and Europe will go into competition. The E-type of father and son pairing Graeme and James Dodd is the car to beat after a win in round four at the Oulton Park Gold Cup, but they have plenty of very capable rivals including drivers like Sandy Watson, Andy Newall (sharing with rapid German lady Rhea Sautter), Jason Minshaw and Ben Short, all in more E-types. XK120s, XK150s and Mk1 and Mk2 Saloons add to the quality of the field.