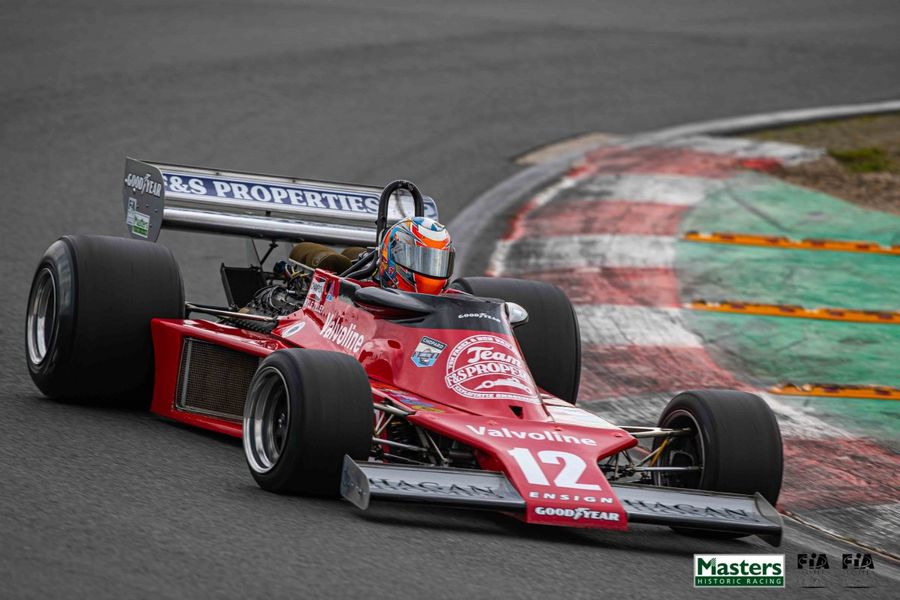 The ever-changing weather conditions at Zandvoort turned the Historic Grand Prix at Zandvoort into a special challenge for several of the four Masters grids present at the Dutch seaside track. In Masters Gentlemen Drivers and FIA Masters Historic Sports Cars respectively, Julian Thomas/Calum Lockie and Tom Bradshaw were dominant winners unperturbed by the circumstances but Kyle Tilley and Henry Fletcher weathered the storm to each claim an FIA Masters Historic Formula One win. Olivier Hart provided a local touch by overcoming a time penalty on his way to Masters Pre-66 Touring Car glory.

After championship leader Matteo Ferrer’s early exit from the event, crashing his Ligier JS11/15 on oil dropped by the blown engine in Andrew Haddon’s Hesketh 308C, and late entry Michael Lyons also going off in qualifying in his McLaren M26, victory in both FIA Masters Historic Formula One races went to pre-78 cars, Kyle Tilley and Henry Fletcher splitting the wins, each in wet conditions. Tilley’s Ensign N177 won from the front on Saturday while Fletcher made up for a collapsed suspension on Saturday by storming to the front on Sunday in his March 761. 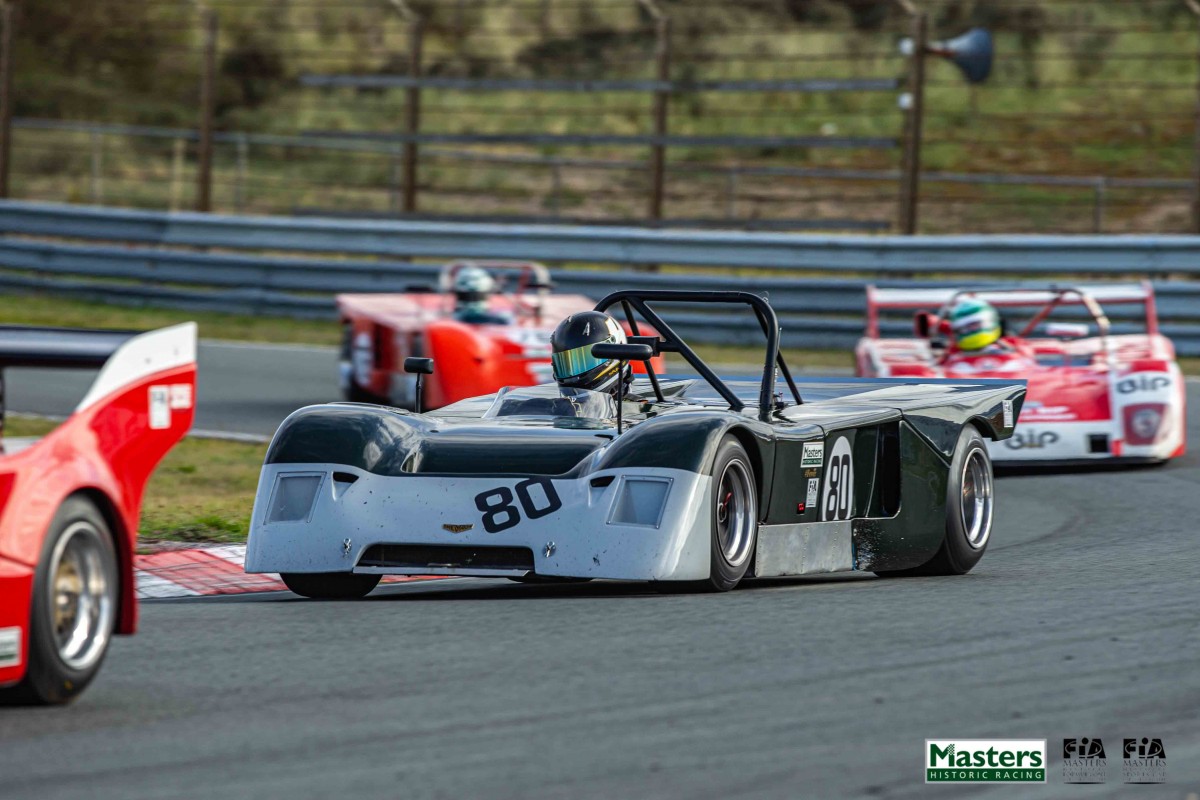 In the FIA Masters Historic Sports Car race, Tom Bradshaw bounced back from a lengthy rebuild of his Chevron B19 by beating the series regulars in a dominant display that saw him lead from lights to flag. In another B19, Henry Fletcher starred with another charge from the back of the grid to take second, while the Leo Voyazides/Simon Hadfield Lola T70 Mk3B took third. The Keith Ahlers/Billy Bellinger Cooper Monaco King Cobra decided a tense battle with the Mark Shaw/Chris Drake McLaren M1B in its favour when Ahlers got back at Drake in the final wet minutes of the race. Third in their Cooper Monaco T61M proved enough for Chris Jolly and Steve Farthing to lift this year’s pre-66  title.

Meanwhile in the Masters Gentlemen Drivers, Julian Thomas and Calum Lockie took no prisoners on their way to another win, as their Shelby Cobra Daytona Coupé left Nicky Pastorelli’s Ferrari 250 GTO/64 trailing by half a minute at the end of the 75-minute race. In third overall, Steve Soper’s Elan won its fight with Andrew Haddon’s similar car for the CLP-class win, Haddon having lost ground after a touch at the chicane with the David Hart/Olivier Hart Cobra Daytona Coupé that later retired. Ron Maydon shared his Ginetta G4R with Greg Thornton on the occasion, and the pair clinched third place in class.

Hart Jr came back on Sunday morning to win the Masters Pre-66 Touring Car race in front of his home crowd. Making its way to the front after a troublesome qualifying session, Olivier Hart’s Alfa Romeo Giulia GTA made enough progress to negate the five-second penalty handed to him for a jumped safety-car restart. Steve Soper in the Cortina, started alongside Mark Martin and passed the pole-sitting Mini of Chris Middlehurst to take second place, five minutes from the end. 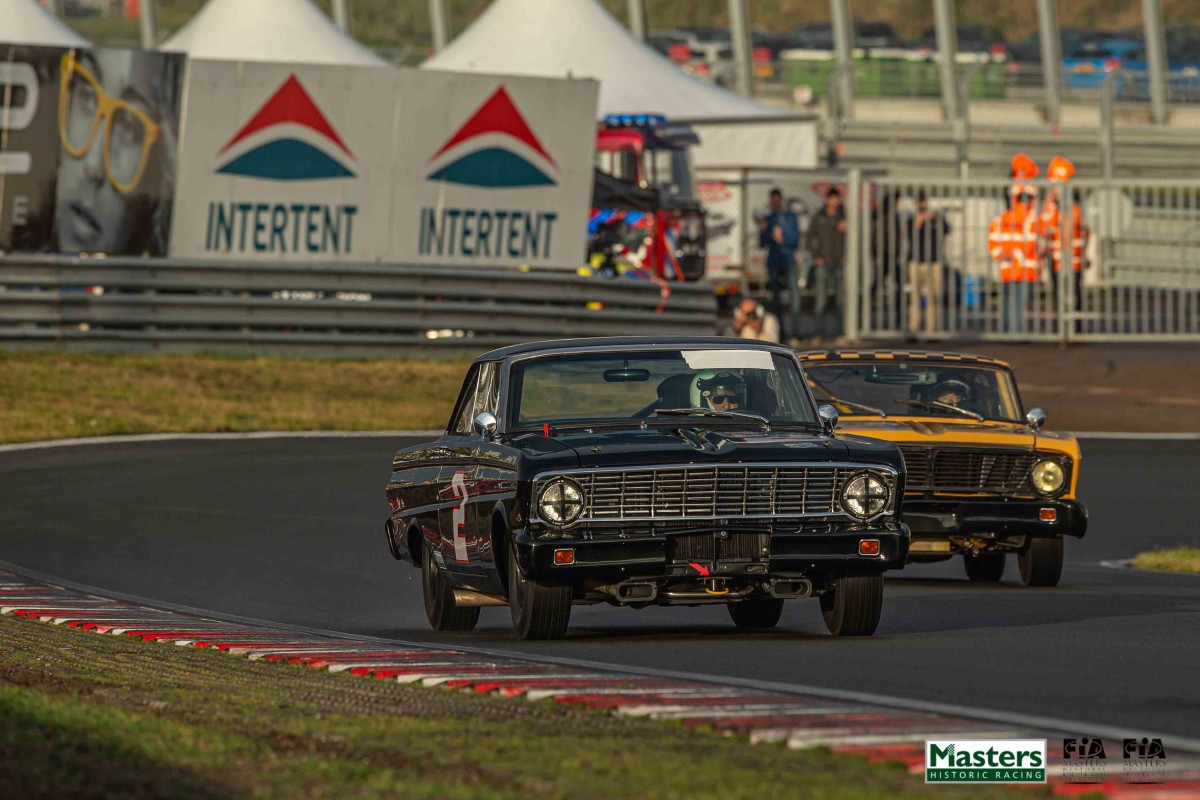