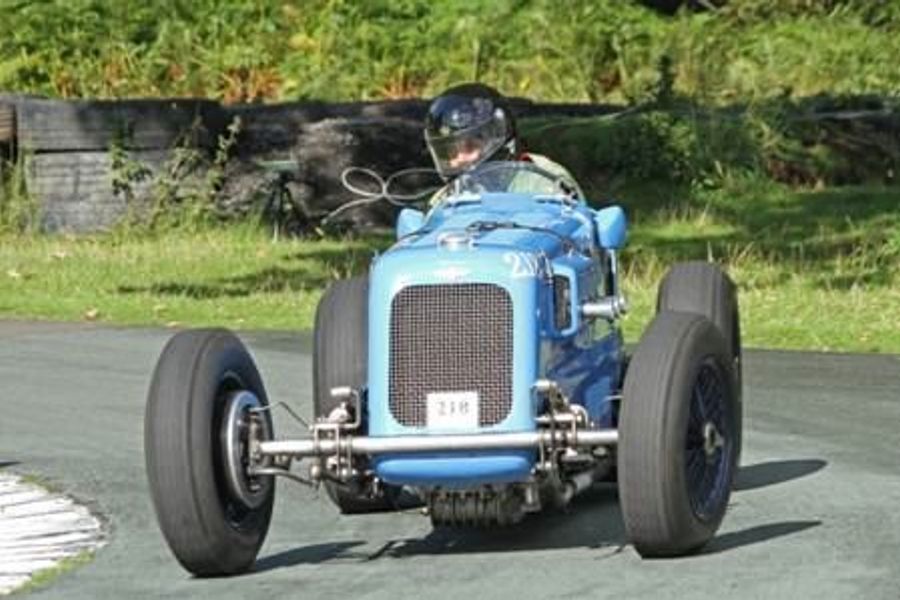 The Vintage Sports-Car Club will herald the end to another stellar hill climb season this weekend with the ever-popular Loton Park event on the 10th and 11th September, as a capacity entry of over 180 pre-war and historic racing and sports-cars descends on the idyllic Shropshire venue.
The ancestral home to the Leighton Family for over 300-years, and set within the confines of the Estate’s picturesque deer park near Alberbury, Loton’s 1475-yards course is a great challenge for both car and driver, with Competitors receiving two practice runs on Saturday and two timed runs towards the main competition on Sunday.
The full complement of Pre-war classes for both road-going and racing machinery will be on display, as well as an Invited Class for Post-war Racing Cars, which accommodates celebrated examples of F3 (500) and Formula Junior.
The competition marks the ninth and penultimate round of the club’s inaugural 2016 Speed Championship supported by M&P Insurance, following rounds already held at Curborough, Wiscombe Park, Harewood, Brooklands, Shelsley Walsh, Prescott and Pembrey, and will conclude next month with the club’s traditional Speed season closer, the Autumn Sprint at Goodwood on Saturday 22nd of October.
With many competitors, marshals and spectators camping onsite for the duration of the weekend, Loton is one of the most social events on the VSCC’s extensive calendar.
Almost all revered pre-war manufacturers will be represented, with examples from the likes of Bentley, Alvis, MG, Frazer Nash and Riley; from noble pre-1918 Edwardians to famed pre-1961 racers, six decades of motoring history will be on show over the weekend, from the most original historic machinery through to fire-breathing aero-engined Specials.
Julian Grimwade returns to defend his pre-war ‘FTD’ title in the Frazer Nash Norris Special but will face stiff competition from amongst others, the returning Riley Falcon of Rob Cobden, a multiple winner at Loton, as well as Tom Walker’s Hispano-engined Amilcar, enjoying a dominant 2016 campaign, and Tony Lees, one of the top Pre-1931 Vintage performers this season in his famous AC/GN ‘Cognac’ Special.
Mark Walker will no doubt thrill the crowds with his exploits in the 1905 Darracq from amongst a well-supported Pre-1918 Edwardian line-up, whilst dozens of the finest sports-cars of the era will battle for class honours and the ‘fan favourite’ Napier Bentley of Chris Williams will be on hand to put on the usual tyre-smoking spectacle.
Loton Park boasts some of the best spectator vantage points amongst all hill climbs around the UK and, as at all VSCC events, access to the competitor paddock is free, where spectators can get up close to the competing cars and drivers, whilst there will also be trade stands and an autojumble to explore and catering facilities available throughout the weekend.
Practice begins at 9.30am on Saturday and the timed runs begin at 9.45am on Sunday with a lunch break scheduled from approximately 1.00-2.00pm each day.
Vintage Sports-Car Club hill climb Loton Park