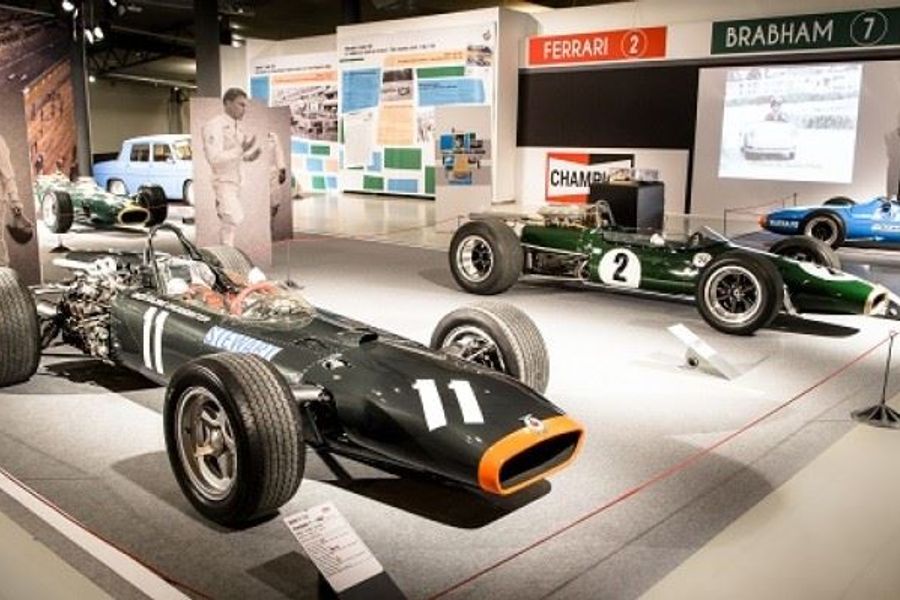 The Le Mans 24-Hours museum, owned by the Automobile Club de l’Ouest since February 2017, is putting on its first temporary exhibition on the theme of the Formula 1 Grand Prix run on the Le Mans Bugatti circuit in 1967 under the title, 'Le Mans 67 – An exceptional Grand Prix'. This retrospective will be open from 4th May to 31st August 2017 and visitors can also see the exceptional cars in the ACO collections.

In a setting displaying more than 120-vehicles the Le Mans 24-Hours museum tells the story of the motor car in the Sarthe and the greatest endurance race in the world, the Le Mans 24 Hours. All the major manufacturers, Bentley, Ferrari, Jaguar, Ford, Porsche, Matra, Audi, etc; are represented by mythical cars that have left their mark on the Sarthe classic.

For this first retrospective the ACO has chosen to share the discovery or rediscovery of the story of the only French Formula 1 Grand Prix organised by the Automobile Club de l’Ouest under the auspices of the Automobile Club de France. Visitors will be able to get up close to the cars of the era - a Lotus 49, the victorious Repco Brabham BT24 as well as a Cooper-Maserati and a BRM P115.

The Bugatti layout was first mooted in 1965 because of the determination of the ACO management to have a permanent circuit on which it could organise races all year round and set up driving schools. It is a very versatile track that favours performance, and it was to reshuffle the cards for motor sports as henceforth endurance races would share the billing with sprints.

The only Formula One Grand Prix held on the Bugatti layout took place three weeks after the Le Mans 24-Hours (10th-11th June) in the summer of 1967 when the F1 cars came to the Sarthe to compete in a round of the World Championship for Drivers.  On the grid were 15 top-class drivers and endurance aces and sprint-race champions did battle for victory. Sir Jack Brabham won the event in a car of his own design in front of 30,000 spectators. Later on, his sons Geoff and David both triumphed in the Le Mans 24-Hours.

A young charger won the Formula 3 race that was a curtain-raiser to this Grand Prix. His name was Henri Pescarolo; he went on to meet with success in Formula 1, and above all in endurance as he holds the record for the number of starts in the Le Mans 24-Hours with 33 which have yielded four victories: he then spent 10-years as the team boss of Pescarolo Sport. The car he drove in 1967, a Matra F3, will be on display in this voyage back into the past.


The story of this unique Grand Prix run at Le Mans means that people will be able to rediscover the Bugatti circuit and it offers a contrasting perspective with the history of the Le Mans 24 Hours. In fact it is thanks to this parallel that this exhibition will serve as the theme for the traditional major historic retrospective of the Le Mans 24 Hours. The exhibition is usually held in the heart of the village but spectators at the Sarthe classic will be able to visit the exhibition in the museum and the ACO Collections free of charge thanks to their general enclosure ticket.