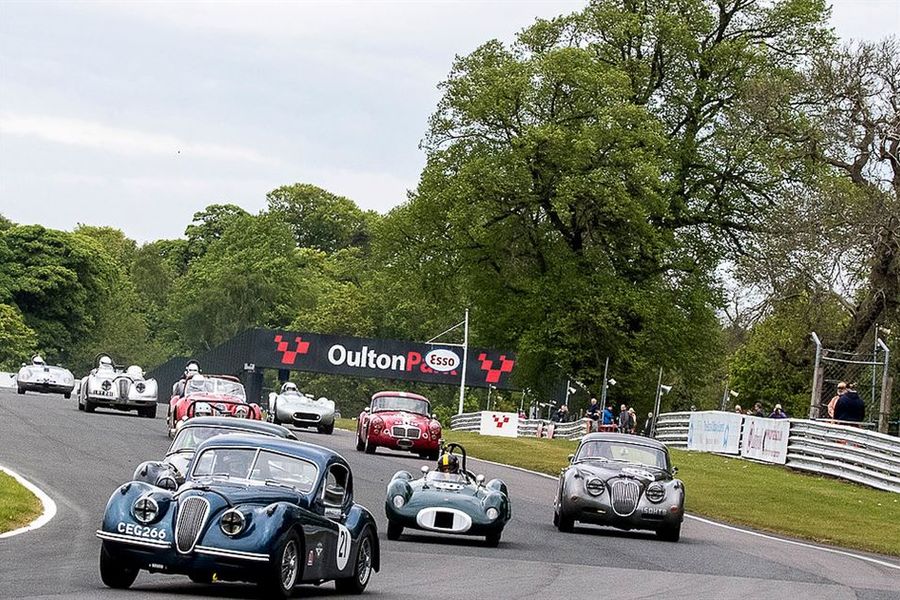 Oulton Park tomorrow hosts the first AMOC Racing meeting of 2018, with a schedule that not only features Aston Martins in action but a host of other classic race cars.

The AMOC ‘50s Sports Cars will see a broad swathe of 1950s and early 1960s sportscars in race action, and with the addition of the Jaguar Enthusiasts’ Club XK Challenge and Mike Hawthorn Challenge fields it should be a good field.

Cars such the Lister Knobbly of John Carr and the Coopers of Anthony Ditheridge and Robi Bernberg should be one the pace, while Tom McWhirter will be one to watch for in his Tojerio-Jaguar.

A virtually unique car in action with be the LECo Sport of Alex Quattlebaum, second and last of the cars ever built. Other entries include the 1952 Aston Martin DB2 of Hannah Reid, and the Austin-Healeys of Rod Begbie and Richard Knight, both in 2.7 litres 100s, and the Morgan Plus 4 of David Wenman.

The Jaguar XK Challenge field showcases sportscars ranging from the 1951 3.4litre XK120 of Geoffrey Ottley to the 1959 XK150S of Paul Kennelly. The XK150S was the second XK car home at Oulton last year, just two seconds behind the winning XK120, so watch out for Kennelly in the race.

The Mike Hawthorn Trophy is for pre-1966 Jaguar Saloons, with the popular Mk1 and Mk2 models to the fore. Robert Salisbury and Darren McWhirter field 1957 3.4litre Mk1s, with John Young out in a similar car that is just a year younger. Representing the 1960s are the Mk2s of Richard Butterfield and Alistair Dyson.

Adding an historic element to the AMOC Intermarque field will be a pair of 1959 Aston Martin DB4s. Martin Melling’s gorgeous Lightweight is joined by the silver DB4 of Nicholas King to take on the much newer cars around them on the grid.

Joining the AMOC series on the seven race schedule will also be races for the Equipe Pre ’63 and Equipe GTS fields.