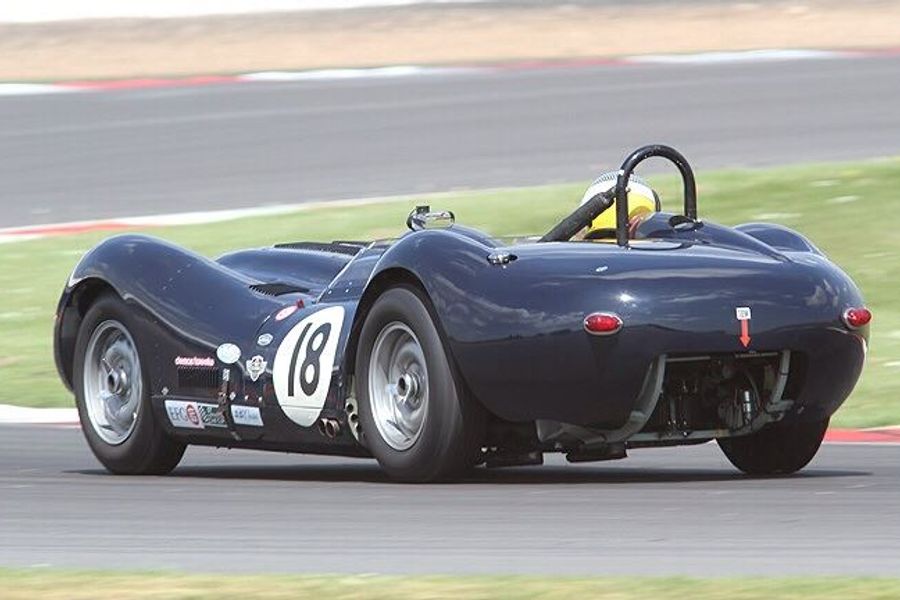 The lives of Archie Scott Brown and Brian Lister will be celebrated by the Historic Sports Car Club during the Autosport Three-Hour meeting at Snetterton on 13/14 June.

Plans have been developed over the last few months for the Archie Scott Brown Trophy race for historic sports cars. However, since the death of Brian Lister in mid-December, the concept for the event has been widened to include a celebration of Lister cars.

As well as a race in honour of Scott Brown, the weekend will feature a gathering of Listers, a re-union of Lister drivers and engineers and a parade of the cars built in nearby Cambridge. It is hoped to bring the Lister story right up to date with examples of the latest cars from the Lister Motor Company Ltd.

The Historic Archie Scott Brown Trophy race will be a special 30-minute invitation race for pre-1959 sports-racing cars, with an emphasis on the special builders active during the life of the talented racer. The race, run in association with FISCAR, is designed to attract cars from low-volume manufacturers like Allard, Tojeiro and HWM as well as Lister.

Scott Brown overcame disability from birth to become a renowned sports car racer of the 1950s, winning many races as he formed a close bond with Brian Lister and the cars bearing his name. Tragically, Scott Brown died following an accident at Spa-Francorchamps in May 1958, less than a week after his 31st birthday. He is remembered as a remarkably brave and determined racer.

The recent death of Brian Lister closed a chapter of the Lister story, for his close friendship with Scott Brown led to the formation of Lister Cars in 1954. Indeed, Scott Brown’s death was a key factor in Lister quitting the sport and ending a dynasty of front-engined sports-racing cars including the hugely successful Lister Jaguars and Lister Chevrolets.

“It seems remarkably appropriate to recall the lives of both Archie Scott Brown and Brian Lister at Snetterton in June,” said Grahame White, CEO of the HSCC. “We hope to have a fine grid of 1950s sports cars on track as well as more examples of the Lister marque on display. I’m particularly grateful to John Turner for putting forward the idea and then working to make it a reality. I think this will add a wonderful new dimension to the Autosport Three-Hour weekend.”