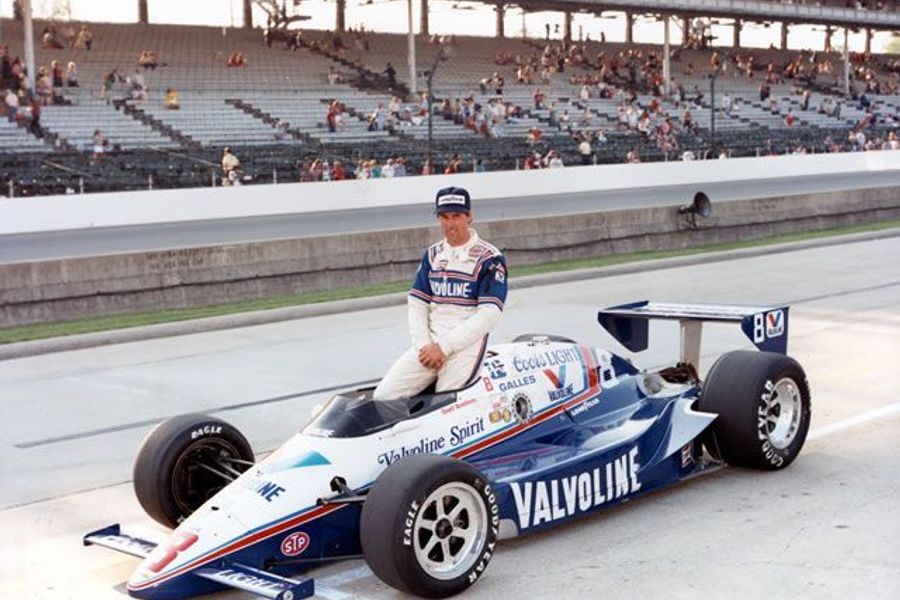 The Sportscar Vintage Racing Association (SVRA) announced this week that Geoff Brabham, Scott Harrington, and Tom Bagley are returning to race in this year’s Fathers’ Day Weekend Indy Legends Charity Pro-Am at the Indianapolis Motor Speedway. The field of Indianapolis 500 veterans for the June 16 race is nearly complete.

“This will be our fifth running of the Pro-Am and interest remains extremely strong,” said Tony Parella, the CEO of SVRA. “We are honored to have all these drivers return to this very special event. In particular, Geoff Brabham has enjoyed SVRA success. In addition to three impressive runs in the Indy Legends Pro-Am, he has scored several open-wheel wins with Ron Hornig’s 1971 Brabham BT-35 at both IMS and COTA.”

Brabham is a ten-time starter in the Indianapolis 500, with a best finish of fourth in 1983. He was active in the Indy car series during the 1980’s recording eight podium finishes and 31 top tens. Brabham was a master of sports car racing and the star driver of the dominant Nissan team that won four successive IMSA GTP championships from 1988 through 1991. During this time he scored an amazing 23 overall victories. He also won the 1993 24 Hours of Le Mans, the 1989 and 1991 12 Hours of Sebring and the 1981 Can-Am series championship.

Geoff’s outstanding career earned him six invitations to compete in the elite IROC series where he won two races. He began racing Formula Fords in Australia in 1973 and won the 1975 Australian Formula 2 championship and the 1979 Formula Super Vee championship before reaching the top levels of the sport. Geoff was inducted into the International Motorsports Hall of Fame in 2004, and the Australian Hall of Fame this year.

Bagley is one of those drivers who accomplished much with limited resources. A three-time Indianapolis 500 starter, he was Indy car rookie-of-the-year in 1978. He competed in 42 Indy car races with top four finishes on three occasions and placing in the top ten 23 times during a period when some of the greatest legends in history were at the zenith of their careers.

Scott Harrington began his motorsports career on two wheels earning success in both AMA Motocross and Supercross. He transitioned to four wheels racing in Formula Atlantic and SCCA Can-Am, where he won the 1992 series championship. He earned a starting spot in the 1996 Indianapolis 500 and later won the rookie-of-the-year award for the series in 1999, his first year running the full season. This will be Harrington’s fifth Indy Legends Pro-Am.

The Indy Legends Pro-Am is the Saturday feature event of the Brickyard Invitational. The Indianapolis 500 veterans will be in 1963 to 1972 vintage Corvettes, Camaros and Mustangs of SVRA “Group 6” A and B Production. The professionals will be paired with amateur drivers, splitting their stints at the wheel. The full field of Indy 500 drivers will be announced the week of the race.

In addition to the Pro-Am, there will be a festival of other activities at the Brickyard Invitational including the Sunday, June 17 feature race by the professional Trans Am series headed by 2017 champion and emerging superstar, 20-year-old Ernie Francis Jr. The weekend also presents the Hagerty Insurance “shine and show” car corral, vintage motorcycle racing, and 500+ vintage racers ranging over 100 years of automotive history racing in SVRA Groups 1 through 12.

An oval exhibition featuring a racecar show of judged competition for the A.J. Watson and Sir Jack Brabham trophies led by track historian Donald Davidson will also take place. Also, the Pre-1920 Race Exhibition cars will be on track along with a paddock area full of in-period equipment displays. The National that finished seventh in the first Indianapolis 500 in 1911 will be driven at speed.