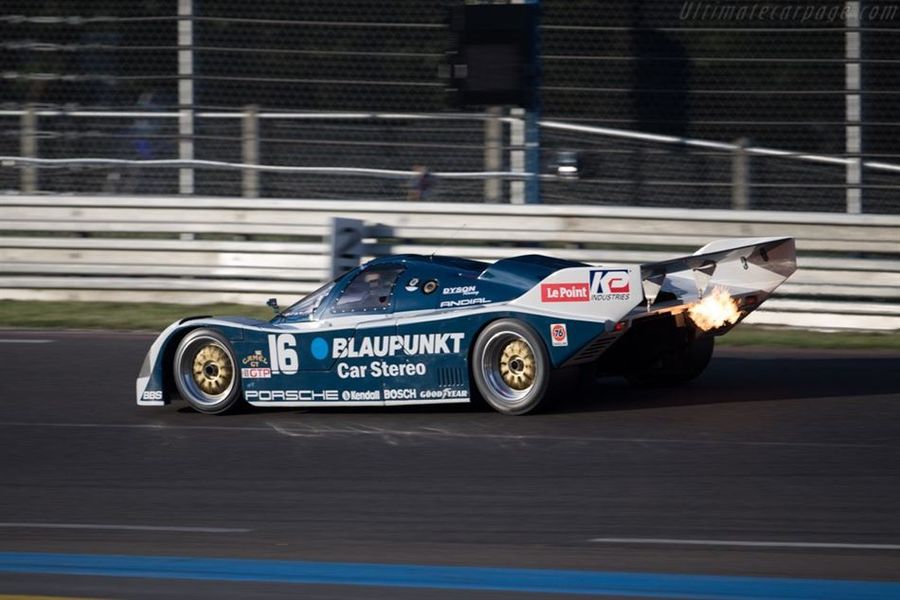 United Autosport’s Zak Brown won the IMSA GTP class in the Group C race at the Le Mans Classic last weekend, driving a 1986 IMSA Porsche 962 and finishing seventh overall in a field of 35-cars.
The Porsche, in the single-turbo specification used in the IMSA series in the US, won on its debut at the Six Hours of Riverside in 1986 for Dyson Racing. The car then scored a further seven podiums that year taking driver Price Cobb to second place in the 1986 Camel GTP Championship.
On Friday morning Zak was quickest in the C1b class, and then went quicker int he second 45-minute session that evening, improving on his time set earlier that day. Zak also scored the fastest lap of the race on lap eight with a time of 4:07:656.
“I’m thrilled with how this weekend went,” said Zak. “A pole position, fastest lap and the win is a great result for all the team. The Porsche 962 is a great car and it ran perfectly all weekend. To race at Le Mans is a real privilege and it feels even more special in a car like this Porsche. Bring on the Silverstone Classic at the end of the month.”
The United Autosports team make their way to Silverstone next for the Silverstone Classic (29th to the 30th July) with the March 701 and McLaren MP4-16A Formula One cars.
“Zak did a great job at Le Mans in the Porsche against some tough competition,” said United Autosports MD Richard Dean, “especially getting pole by nearly five seconds over the second placed guy. The team had worked hard to get the Porsche 962 running perfectly, so I’m glad they were also rewarded with a win. We are looking forward to the Silverstone Classic at the end of the month with Jackie Stewart’s March 701 and Mika Hakkinen’s McLaren MP4-16A.”
Group C IMSA GTP class Porsche 962 Le Mans Classic Zak Brown United Autosport