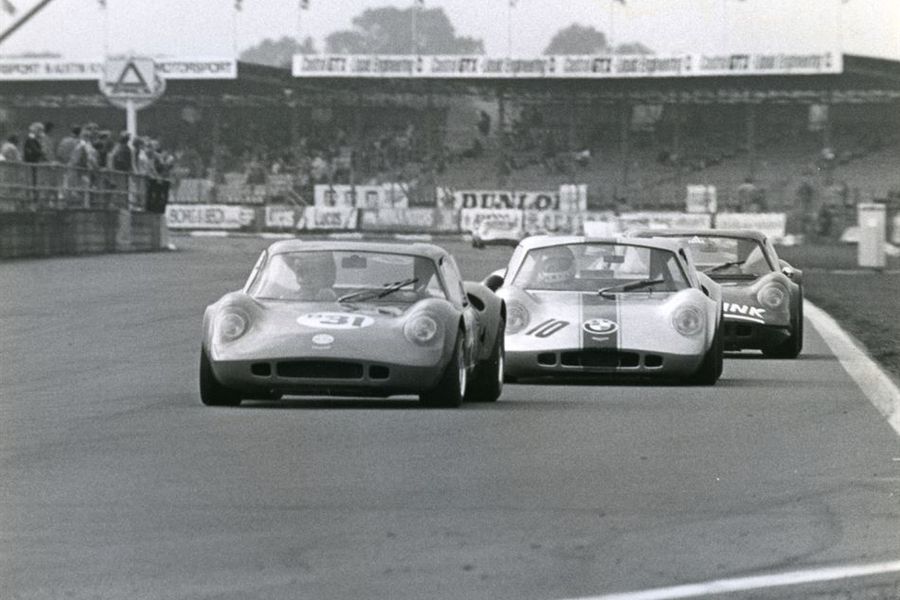 Picture: Richard Budge leads in his Chevron B8 at Silverstone in 1985.
We were saddened to hear via the board and directors of the Historic Sports Car Club of the death of club patron Richard Budge at the age of 69. Budge lost a long battle with cancer on Monday 18 July and the club extends sincere condolences to his family and many friends, including those within the historic racing fraternity. He is survived by his wife Ros, sons Grant and Kurt and five grandchildren.
As a leading figure in the coal mining industry, Budge was a key supporter of the HSCC through the 1990s via his RJB Mining business, which grew to become one of the biggest independent coal producers in Europe.
However, he was also an accomplished racer with a particular passion for Chevrons and raced with great success in B8s and B19s. In the B8 he enjoyed some memorable battles with drivers like Ray Bellm and Richard Dodkins.
In 1983 he won the Oulton Park Gold Cup, sharing his Chevron with Vin Malkie when the race was run for the Thundersports category. Later, when he stopped racing, he entered his Chevron B31/36 for Mike Wilds and enjoyed seeing the car win the RJB Mining Championship three times through the 1990s.
Grahame White, CEO of the HSCC said: “Richard helped the HSCC through some difficult times in the 1990s and his input to the club, as a driver, an entrant and a sponsor, was very much appreciated.”
Chevron B8 Historic Sports Car Club Richard Budge Silverstone Picture: Richard Budge