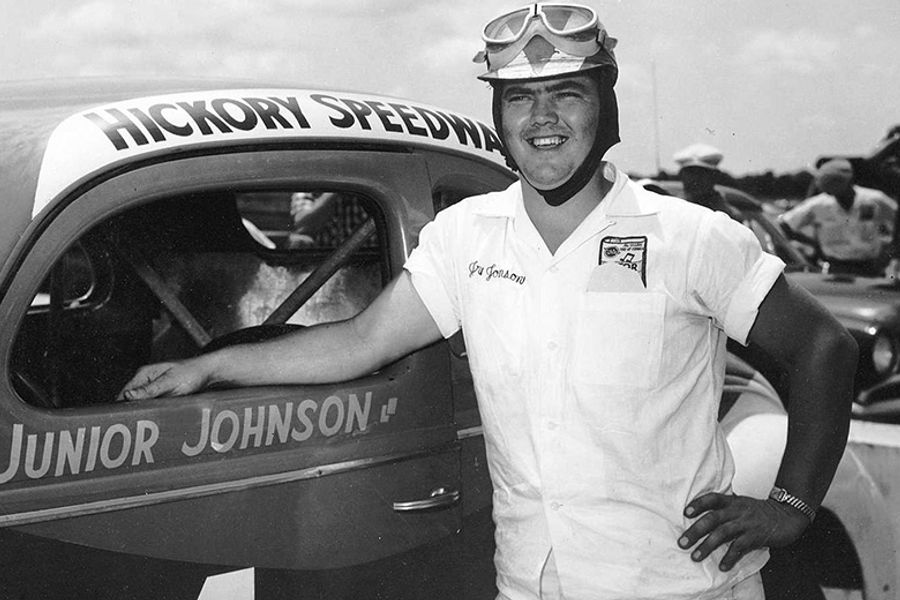 Johnson’s was almost the perfect NASCAR legend, coming from a family of moonshiners and driving bootleg liquor for many years. He made his NASCAR debut in 1955 and took five race wins, and with six the next year rapidly built a reputation as a short-track expert. His first super speedway win came in 1960 at the second-ever Daytona 500, Johnson noticing his Chevrolet was quicker when right behind another car, a tactic he used to take the win despite not having the quickest car - also taking the credit for intriguing ‘drafting’ to NASCAR.

AS an owner he ran some of the great names of the sport, including Cale Yarborough, Bobby Allison, Darrell Waltrip and Bill Elliott just to name a few. His win tally as an owner ranks third in NASCAR history, with just Petty Enterprises and Hendrick Motorsports holding a better win record. Yarborough claimed three titles in a row from 1976 onward, while Waltrip was Winston Cup champion in 1981, 1982 and 1985.

He ran his team until the end of the 1994 season, Bill Elliott taking the final win in the Southern 500 at Darlington that year, and finished with a reputation for as an innovator and winner.

“Junior was also the catalyst behind RJ Reynolds Tobacco Company’s 33 year sponsorship of NASCAR’s premier series that was clearly a game changing moment in the sport's history,” explained NASCAR Hall of Fame Executive Director Winston Kelley. ”In addition, hundreds of people came through Ingle Hollow, NC in what became known as “Junior Johnson University” many of whom went on to Hall of Fame and stellar careers.

“He continued to be an ambassador for NASCAR throughout his life and was a huge part of the development of the NASCAR Hall of Fame and numerous activities since we opened in 2010. Quite literally, Junior impacted every aspect of NASCAR in a manner that only an elite few have done.

“We have lost one of NASCAR’s true pioneers, innovators, competitors and an incredible mechanical and business mind. And personally, I have lost one of my dearest friends. While we will miss Junior mightily, his legacy and memory will forever be remembered, preserved, celebrated and cherished at the NASCAR Hall of Fame and in the hearts and minds of race fans around the world.”

He was inducted into the Motorsport Hall of Fame of America in 1991, and the NASCAR Hall of Fame in 2010. His fame had grown after an article by Tom Wolfe was published in 1965, which was then filmed as ‘The Last American Hero’ starring Jeff Bridges.

A conviction for producing moonshine from 1956 was formally pardoned by President Reagan in 1986.

“Junior Johnson truly was the ‘Last American Hero’,” NASCAR Chairman and CEO Jim France said in a statement. “From his early days running moonshine through the end of his life, Junior wholly embodied the NASCAR spirit. He was an inaugural NASCAR Hall of Famer, a nod to an extraordinary career as both a driver and team owner. Between his on-track accomplishments and his introduction of Winston to the sport, few have contributed to the success of NASCAR as Junior has. The entire NASCAR family is saddened by the loss of a true giant of our sport, and we offer our deepest condolences to Junior’s family and friends during this difficult time.”

All at HistoricRacingnews.com can only echo France’s message.