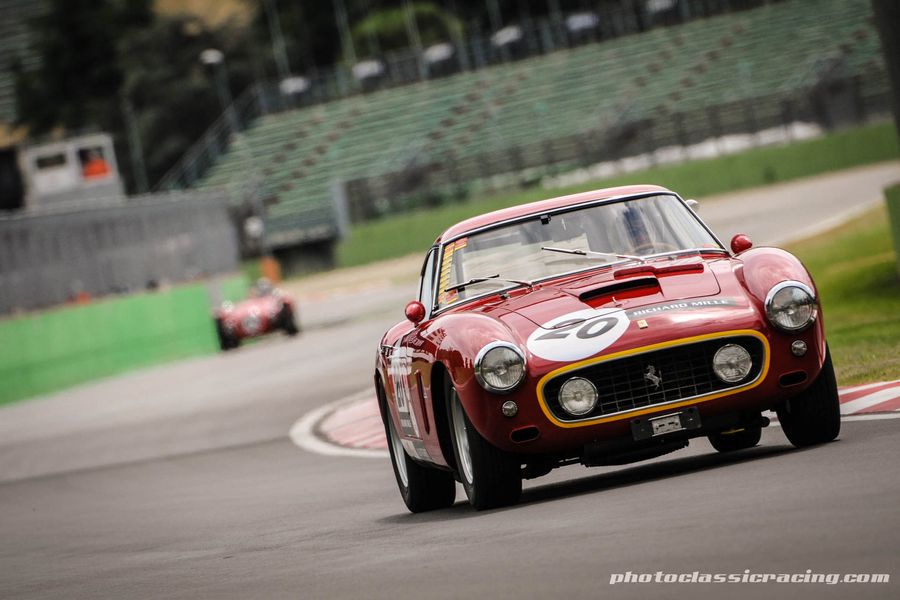 Peter Auto see out their 2018 season at the Imola Classic this weekend, the Italian circuit featuring their usual range of popular historic series.

The Group C field race on both days of the weekend with two 45-minute races, and 19 cars are entered, the eclectic entry featuring no less than 13 different marques. Two Porsche ae entered, the regular 962 of Michel Lecourt and Raymond Narac, and it is pleasing to see a 956 out in the hands of Russell Kempnich.

Jaguar are represented by the XJR11 of Ivan Vercoutere and Alex Mueller, while Gerard Lopez and Vincent Radermecker should be quick in an XJR14.  Michael and Frank Lyons are both entered, Michael in his always quick Gebhardt C91, while Frank will be out in his C2 ALD.

Spice are the best represented marque with five cars, including Steve Tandy in an SE90C, while the field also includes chassis from Alba, Argo, Cheetah, Ecosse, GKW (and we had to look that one up, a Porsche-powered Italian C2 hopeful), Nissan (the France family R90 CK), Rondeau and Tiga.

It is hard to say much about the Classic Endurance Racing fields other than both have strong grids  and feature some great cars.  The CER1 field features over 50 cars with Lola T70s, Chevrons, a Porsche 917 and even a Howmet gas-turbine car. The GTs are represented by hordes of 911 RSRs while De Tomaso and a Chevrolet Corvette offer variety.

The CER 2 field features a mere 24-cars, a number most series would be more than happy with, with Porsche represented by a brace of 935 K3s, a 934 and two 930 Turbos, while a pair of Ferrari 512 BBLMs should provide some V12 entertainment. The field includes numerous Lolas, with Chevron, Osella, Toj and Cheetah bolstering the Proto 2 ranks. If you prefer GTs, a BMW M1 and a Lancia Beta Montecarlo Turbo liven up their ranks.

The Euro F2 field has battled for numbers all season and nine cars are out for the 2018 finale, but with Martin Stretton always a force in his March 712 and driver such as Martin O’Connell in the field it should still be a good pair of races on Sunday.

Forty-six cars are entered for Saturday’s two-hour Sixties’ Endurance, and represent a broad swathe of 1960s automotive excellence (with the sad omission of Ferrari who don’t appear in the entry). From Lotus Elans and Porsche 356s to Shelby Cobras, Jaguar E-Types and even a Lister Knobbly (which the entry amusingly lists as from 1958 so maybe ‘sixties’ is a fairly loose term) the strong field will keep the racing exciting and the pitlane busy during the race.

Having bemoaned the absence of Ferrari in the endurance race, three 250 GTOs and a 275 GTB4 are out in the two 35-minute The Greatest’s Trophy races. These races do provide a safer home for the cars than some of the other full-on events, and that is reflected with cars such as an Alfa Romeo Guilietta SZ and two Giulia TZs, three Bizzarrini 53000 GTs two Aston Martin DB2s, a Maserati A6 GCS and wo Porsche 904s and a RSK Spyder. 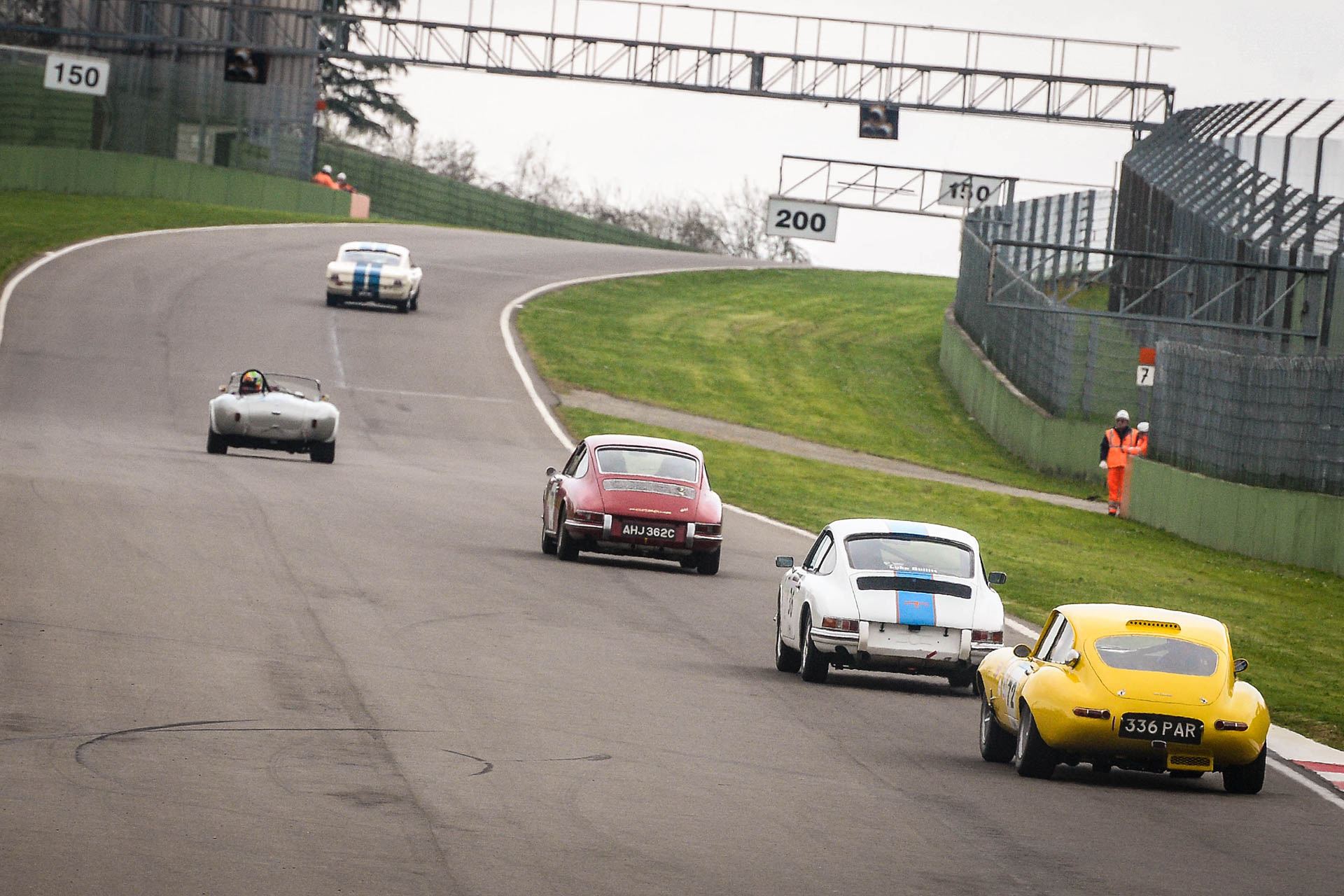 The Heritage Touring Cup has a one-hour race on Sunday and the field is predominantly a Ford versus BMW battle. Escorts and Capris take on BMWs raging from 2002 s to 635 CSis, with entries such as an AMC Javelin, a pair of Mustangs, a number of alfas and even a VW Scirocco adding to the marque count. We would be keeping an eye out for the 1983 Group A Volvo 242 Turbo of Andrew Smith and Oliver Bryant, unusual and powerful once the big turbo kicks in.

Today sees qualifying at Imola with racing starting at 14.10 tomorrow afternoon with the The Greatest’s Trophy first race the first of the three that afternoon. The CER2 field qualify early on Sunday morning, and then there is racing from 9.30 until the second Euro F2 race which is due to finish at 17.15.