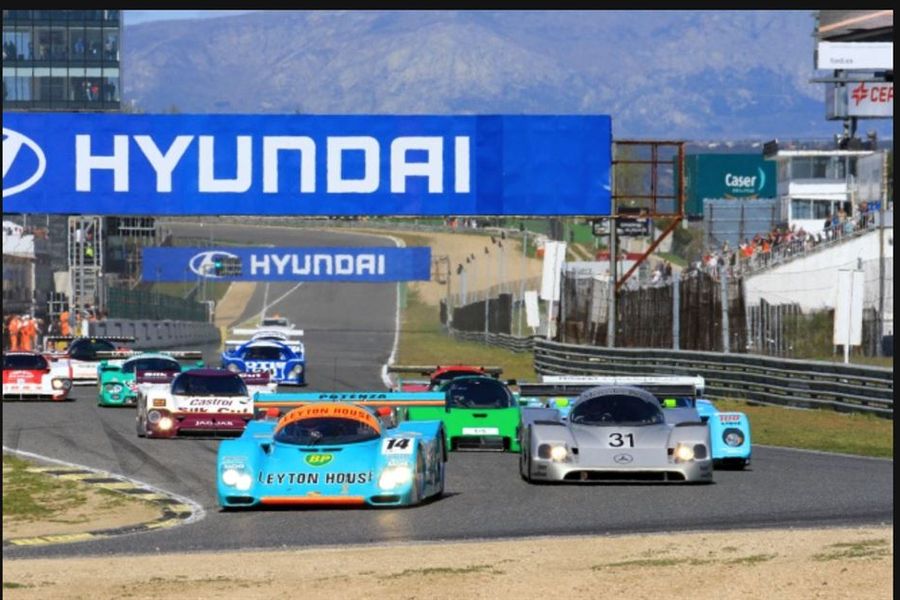 Next year Peter Auto will put on a programme of five meetings for entrants in its seven series Classic Endurance Racing 1 & 2, Heritage Touring Cup, Sixties' Endurance, Trofeo Nastro Rosso, Group C Racing and Euro F2 Classic.
The French organiser’s classic events will again be part of the programme as well as a newcomer, l’Espiritu de Montjuïc 2018, plus a return to a circuit that the drivers love, Imola.
The Classic Events
Spa-Classic (18th-20th May): created in 2011 on the drivers’ favourite circuit, the Belgian meeting has gradually expanded and today it is among the major European rendezvous for historic races.
Grand Prix de l’Age d’Or (8th-10th June): Peter Auto starting organising this event again in 2014 at Dijon-Prenois, and this blue-riband meeting in the world of historic racing has now recaptured its past glory. The drivers love its circuit that has been totally revamped; and the “art de vivre bourguignon” makes it a choice rendezvous.
Dix Mille Tours (31st August-2nd September): the ninth staging of the Dix Mille Tours du Castellet is being held earlier than usual, and it will take full advantage of the summer weather reigning in Provence on a track that hosted the French Formula 1 Grand Prix a few weeks earlier.
Returning for 2018
Imola-Classic (26th-28th October): next year marks a return for the drivers to the very popular Italian circuit that they already visited in 2012, 2013 and 2016. This meeting at the end of October will bring down the curtain on the season of the series by Peter Auto with a warm Italian flourish.
The New Event
Espίritu de Montjuïc 2018 (6th-8th April) : the rendezvous at the beginning of April prepared by Peter Auto will kick off the season of the series by Peter Auto on Catalonian soil. What’s more it takes place on the Barcelona track that was often the theatre of Formula 1 events, and our entrants were champing at the bit to have their first taste of it at the wheel of their historic racing cars.

Hungaroring Historics for Peter Auto in 2017