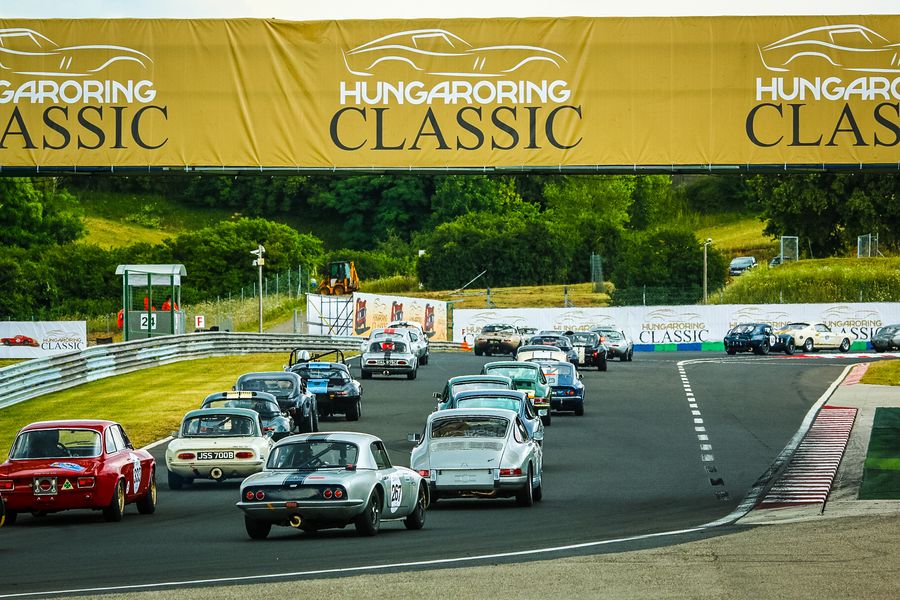 Salut mes amis! Here is the latest of the French language post-meeting magazines from Peter Auto (and we note with interest the growing clamour in the comments on their social media for a version in English) looking at their recent visit to the Hungaroring, and even if your French is not ’tres formidable’ along with host Mylène Dorange there is plenty to visually enjoy.

- The Hungaroring, home in 1986 to the first F1 Grand Prix took place in Eastern Europe, with no fewer than 250,000 Hungarians attending the event in front of Bernie Ecclestone.

- The short-chassis 2.0 litre 911, which races in the only Peter Auto single-make series, is a car that you drive by feel. It is powered by a flat six engine in the rear overhang. As a result the steering of these cars goes a bit light at high speed and you have to remain concentrated on long straights as here at the Hungaroring. A car that’s really great fun to drive!

-The Sixties' Endurance category combines different types and styles. The Shelby Cobra has to be manhandled as the Swiss team Moser and Firmenish and the British pairing Smith and Cottingham know, while the E-Type Jaguar needs a lighter touch. In the Sixties category there is also a raft of less powerful cars that are just as efficient on the track like the Lotus Elans and Austin-Healeys.

-Classic Endurance Racing was the first historic racing grid created by Peter Auto in 2004. It comprises prototypes and GTs from the end of the 1960s to the end of the 1970s: Ford GT40s, Porsche 910s, Ferrari 512s, Porsche 935s, BMW M1s, Lola T70s. A few seasons ago it was split up into two categories. Pierre Antoine Lecoutour, the competition department manager at Peter Auto, explains why.

-When the FIA created Group C in 1982, it was aimed at privateers who developed their small prototypes with aluminum chassis. The first carbon chassis soon appeared in the category with Nissan, Toyota and Jaguar while Porsche made its first monocoques with the 956s and 962s. The result was cars that were incredibly quick. They haven’t aged a day and are still the stuff of dreams for the fans.

-The Hungaroring circuit sees little action during the year. There is Formula One and sometimes a GT3 series.Also visiting is the WTCR, the world touring car championship, a direct descendant of the cars that race in the Peter Auto Heritage Touring Cup category. Thus, this series also refers to the European Touring Car Championship (ETCC) in which BMW and Ford, in particular, did battle between 1966 and 1984.

- A focus on Christian Bouriez’s Bizzarrini 5300 GT Strada, a car entered in the prestigious grid aptly named The Greatest’s Trophy. This Italian supercar powered by an American motor was a competitor of the Ferraris and Lamborghini in the 1960s. Today it is one of the most sought-after cars of that era. Only 133 Strada versions were produced.