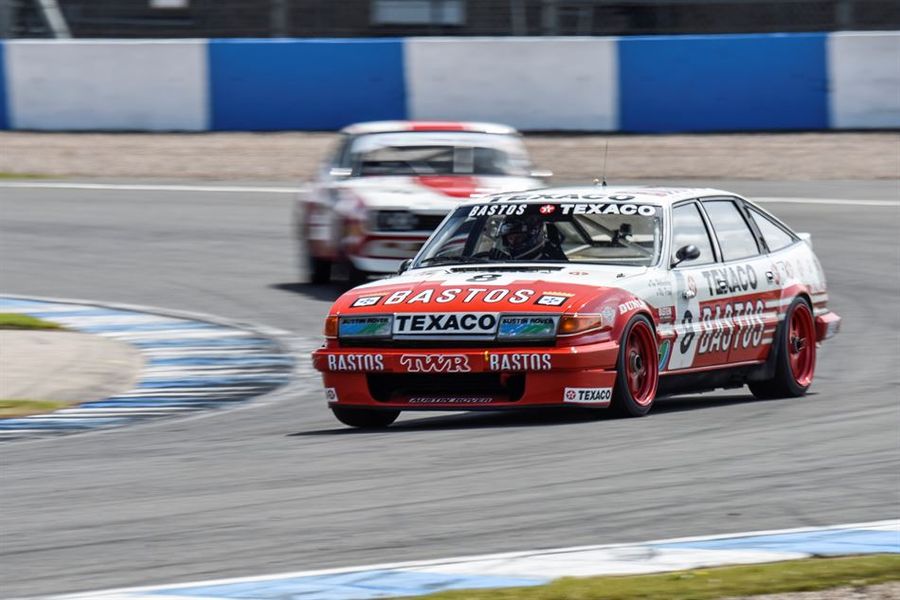 Motor Racing Legends have announced that changes to car eligibility for this year’s Historic Touring Car Challenge, the popular series for Historic Touring Cars now including Group A cars up to December 1990, covering normally-aspirated and turbo-charged cars up to 1600cc.
The HTCC Series, entering its sixth season in 2016, has traditionally celebrated cars from the Win Percy or Andy Rouse era, filling grids with cars from the British and European Touring Car Championships from 1966 right up to 1985. The Group 1, Group 2 and Group A eras include a mixture of Ford Capri, Triumph Dolomite Sprints and Rover Vitesses. But the grid extension will open the doors for newcomers such as BMW M3, Toyota Corolla and Astra GTEs, all of which now be eligible to compete and very competitive in era.
Alongside this new entry criteria, Motor Racing Legends will shortly be making an announcement regarding the Group 1 category.
This year the Historic Touring Car Challenge season opens at the prestigious Donington Historic Festival (April 30th to May 2nd) before making its debut stand-alone appearance at Silverstone Classic (July 29th to 31st) followed by a visit to Spa during the Six Hour Endurance weekend (Sept 16th to 18th). Rounding off the year;s racing is a weekend in Portimao for the Algarve Classic Festival. (Oct 28th to 30th)
“This new entry criteria will make a big change to the grid line up,” said MRL chairman Duncan Wiltshire. “By extending the entry criteria, we have expanded the number of eligible cars and expect to encourage good competitive racing right through the grid. The series already attracts some fabulous cars and a huge fan base, and with races planned at Spa, Silverstone Classic and the Donington Historic Festival we are sure to put on a great spectacle at all rounds.”