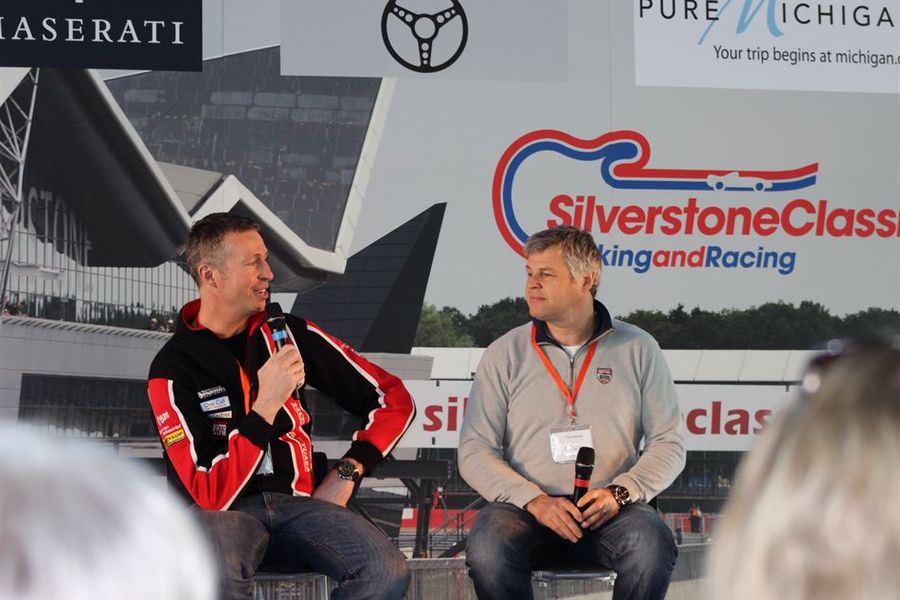 Stars of the British Touring Car Championship and the World Touring Car Championship will be on the grid at the Silverstone Classic this month in the Masters Pre-66 Touring Car Championship races, running under the pseudonym of the Mustang Celebration Trophy at this event. BTCC triple-champion Matt Neal will race his new Lotus Cortina, while 2009 champion Current BTCC championship leader Colin Turkington is due to swap his ebay Motors BMW 125i M Sport for a Ford Galaxie, while BTCC race-winner Mike Jordan, father of reigning champion Andrew, is on the reserve list for the over-subscribed race. From the FIA World Touring Car Championship, Rob Huff is due to swap his Lada for a Mini Cooper S. Neal is looking forward to the event, his first racing in the historic arena. “It’s a bit of fun,” explains Neal. “I know I am up against people with a lot more experience but I will be having a real go for a class win. The thing I need to get used to are the brakes: they are so different form on a modern touring car. It doesn’t stop where you expect it to!” Colin Turkington will race a mighty Ford Galaxie, run by Sam Thomas Racing, a very unwieldy car compared to his BMW in the Dunlop MSA British Touring Car Championship. “I was asked to drive the car by a friend of mine, Robert Mulligan, and I thought it would be good fun. I’ve never been to the Silverstone Classic before and it looks like a great event but I have never driven a car like this – apart from an old Ford Cortina I had as a road car! I just want to enjoy the experience but it will be good to keep my eye in during the summer break in the BTCC.” Huff will be eager to swap his recalcitrant Lada for Desmond Smail’s Cooper S and could be a class winner as he takes on a gaggle of hard-driven, tyre-smoking Minis.