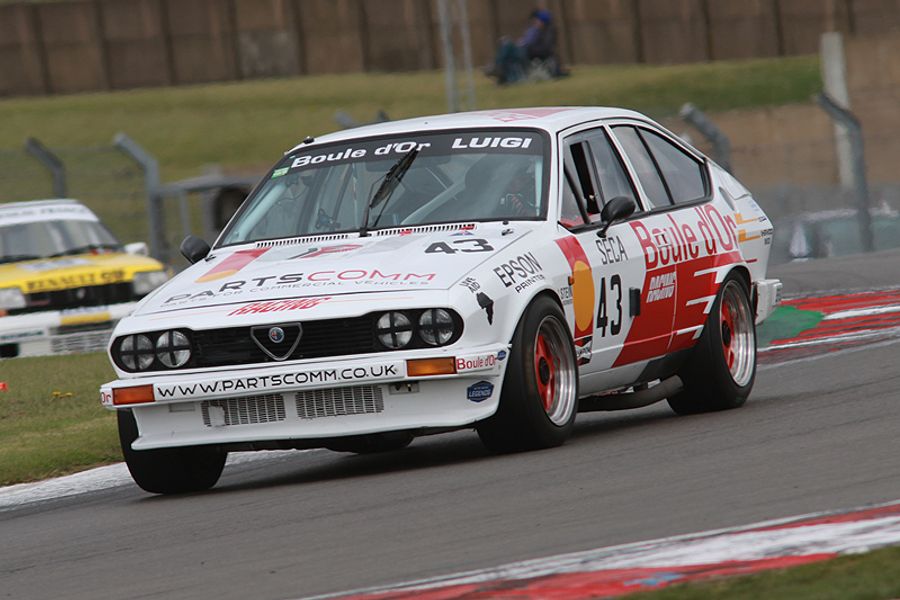 Entries are building well for the opening rounds of the new Dunlop Saloon Car Cup on the Silverstone Grand Prix circuit (May 18th/19th).

With 20 entries in and more expected for the International Trophy meeting, the pair of 20-minute races will mark a fine start to the Historic Sports Car Club series, with entries from across three groups of cars: Group 1, Group A and Super Touring/S2000.

The new series will provide eight races at four high-profile historic racing festivals for cars from 1970 right through to 2006. All three groups will have a dedicated podium after each race and entry fees are set at a very competitive rate in the current market. The HSCC is very pleased to confirm that Jane Leslie, widow of the late David, will be on-hand to present the awards for the Super Touring/S2000 class, which is named in memory of the Scottish ace.

Among the earlier cars are two stunning Ford Escorts: the BDA-engined Mk1 of Jonathan Gomm and the BDG-engined Mk2 of David Tomlin. Both George Pochciol and Duncan McKay field Group 1 specification 3-litre Ford Capris and are joined by the Alfa Romeo GTV6 of Frank Guest.

Fresh from a recent victory at Donington Park, the stunning ex-Andy Rouse Sierra Cosworth RS500 of Julian Thomas and Calum Lockie is one of the latest entries. More Ford Sierra Cosworths from the Group A era are entered for Mark Wright and Paul Mensley, while Grand Tour test driver Abbie Eaton will race her fathers thundering Holden Commodore.

German racer Steffan Irmler has committed to a full DSCC season in his Opel Vectra from the 1999 STW in Germany and will be joined by more Super Touring Cars including those of Jason Hughes (Vauxhall Vectra), Darren Fielding (Vauxhall Cavalier), Paul Whight (Honda Accord) and Mark Jones (Renault Laguna).

Andy Dee-Crowne, CEO of the HSCC, said: "This is an excellent start for the Dunlop Saloon Car Cup and we are sure that support will continue to grow over future races. Were offering great tracks, good value track time and dedicated podiums for each group. Its a winning package for a wide range of touring cars."