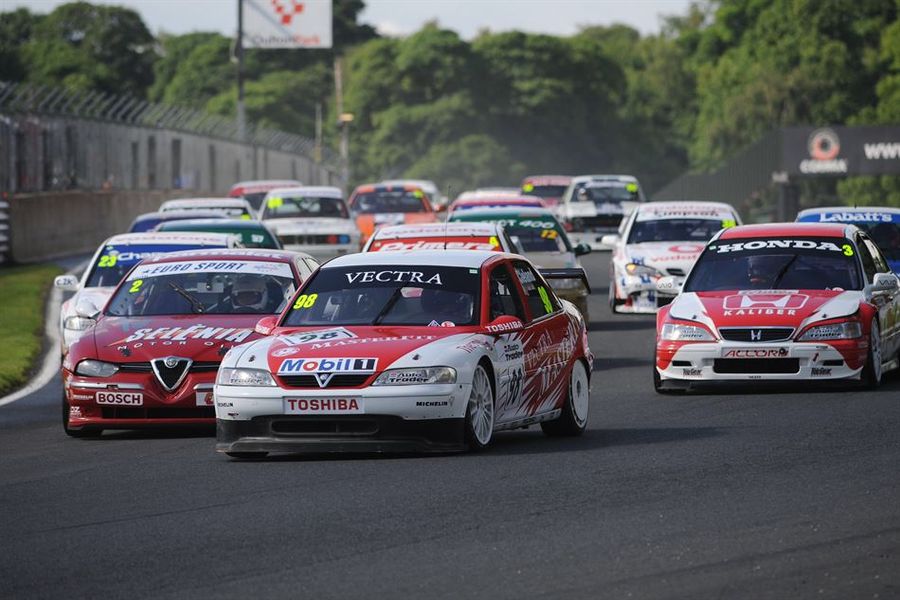 Touring cars from the 1960s through the 1990s will take centre stage at the Brands Hatch Masters Historic Festival on May 23rd to the 25th, with five races set to thrill fans. The annual three day historic racing extravaganza will showcase touring cars, with feature races for the Masters Pre-66 touring cars, 70s Celebration and also cars from the fabled 1990s Super Touring era with a guest appearance from the Super Touring Register.

The 2-litre cars for the 1990s were a massive hit with fans in period and continue to be so now. The Super Touring series’ four-event calendar means that the Masters Historic Festival is the only chance to see the cars on the Grand Prix circuit. Star cars such as Audi A4s, Volvo S40, Alfa Romeo 155 and 156s will hit the track, along with Renault Lagunas, Vauxhall Cavaliers and BMWs. Double BTCC Champion John Cleland will be on the grid against former sparing partner Patrick Watts recreating their battles of the 1990s. The Super Touring cars will have track action on all three days of the Festival, with a race on the Grand Prix circuit and the Indy circuit.

Said John Cleland: “Brands Hatch is a superb circuit and I can’t wait to be racing there again. The Grand Prix circuit is one of the best tracks in the UK and one with happy memories from my time racing in the BTCC. To be back there in my old Vauxhall Vectra against some of my old rivals will be fantastic and the sight of a full grid of cars from a superb period of touring car history will be a real treat for the fans.”

A huge grid of cars from the Masters Pre-66 Touring cars will have a brace of races on the GP circuit, as the ever-popular championship will blasts into action with the ground-shaking American V8 muscle cars taking on hordes of Lotus Cortinas and Mini Coopers. Monday’s Indy circuit action will be headlined by the burgeoning 70s Celebration class which caters for touring cars of the 1970s with the invitation class allowing in cars from the early 1980s.

Masters Historic Racing Event Manager Rachel Bailey said: “We are delighted to be able to showcase touring car racing at this year’s Festival. Touring Car racing has always been hugely popular with the fans and the British Touring Car Championship can claim Brands Hatch as its spiritual home, having had its first race there back in 1958. Touring cars and Brands Hatch make for great racing and to be able to bring star cars and drivers back to the grid will make for a great weekend.”

The Masters Historic Festival at Brands Hatch will also host the second Championship round for FIA Masters Historic Formula One and FIA Masters Historic Sports Cars, along with Classic Formula Ford, Gentlemen Drivers Pre-66 GT Cars, the Stirling Moss Trophy for Pre-61 Sports Cars, the Woodcote Trophy for post-war pre-55 Sports Cars as well as the Dutch Historic GT & Touring Car Championship. The GP circuit part of the weekend promises to be an action-packed two days, with large grids and wheel-to-wheel racing. Car club displays, live music and children’s activities will ensure the weekend is one not to be missed.