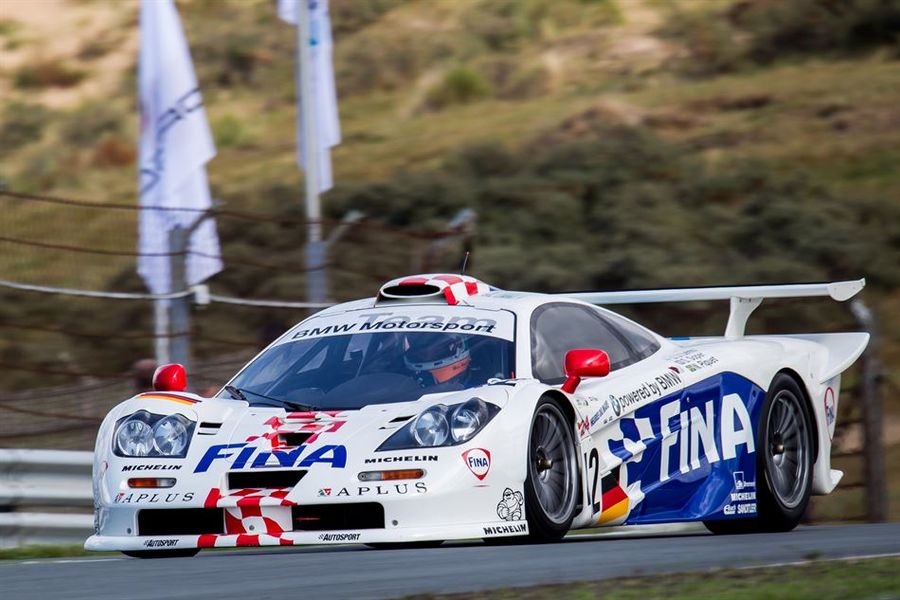 Beautiful historic single seaters, touring cars, GTs, sports cars and side cars, numerous spectators and excellent late summer weather, these were the ingredients for a highly successful seventh running of the Historic Grand Prix Zandvoort in its current format. For three days, Circuit Zandvoort celebrated the history of motorsport and once again, the crowd could enjoy a packed programme with a lot of variety.

For the first time, the four historic racing categories sanctioned by the global motorsport federation FIA were assembled in one event. The FIA Masters Historic Formula One Championship, the FIA Masters Historic Sports Car Championship and the FIA Lurani Trophy for Formula Junior Cars already featured during previous editions of the Historic Grand Prix and were back for this year. Moreover, Circuit Zandvoort served as the venue for the inaugural FIA Historic Formula 3 European Cup, a new competition for Formula 3 cars built between 1971 and 1985. By appointing Circuit Zandvoort to host this new format, the FIA acknowledged the rich history of Formula 3 racing at the circuit in the dunes. There was plenty of interest from participants as the grid with some 30-cars reflected.

The Historic Formula 2 and F3-500 Owners Association for light Formula 3 cars with 500 cc engines were also present at Circuit Zandvoort with packed grids. After last year’s successful debut, the Camathias Cup for sidecars made its return to the Historic Grand Prix Zandvoort programme.

Two event partners, BMW and Porsche, were involved again with impressive demonstrations by cars from the factory collections. BMW brought a BMW M1, a McLaren BMW F1 and the BMW V12 LMR that won the 1999 Le Mans 24 Hours. Drivers in the demonstrations were Peter Kox, Jan Lammers and John Bosch. For Porsche, Gijs van Lennep, Jürgen Barth, Harm Lagaaij and Paul and Max van Splunteren gave demonstrations with cars such as the 356 SL, 906, 908/3 and 961.

The DAF Museum was present with a selection from its collection as well while the 1988 Le Mans winning Silk Cut-Jaguar XJR9 was on track with Andy Wallace behind the wheel. It was also nice to see the two Ferrari Tipo 156 ‘sharknose’ replicas with former Ferrari works driver Arturo Merzario as one of the drivers.

Another highlight of the event, especially for foreign competitors, certainly was the traditional parade of race cars from the circuit to the centre of Zandvoort on Saturday evening. Jan Lammers led the parade of cars behind the wheel of the Ralt-Toyota RT1 that he drove to win the 1978 European Formula 3 Championship title.

The mayor of Zandvoort, Niek Meijer, was a passenger in a historic Bentley. After the parade, the cars were on display in the streets in the centre of Zandvoort, allowing the crowd to get an up-close view of the cars. With live music and packed terraces, there was a good atmosphere in Zandvoort for many more hours, but everybody was back at the circuit early on Sunday morning for the final day of the event.

“We are looking back upon a very successful Historic Grand Prix,” Erik Weijers, C.O.O. of Circuit Zandvoort, said.  “Most drivers have already said that they would be happy to come back next year!”