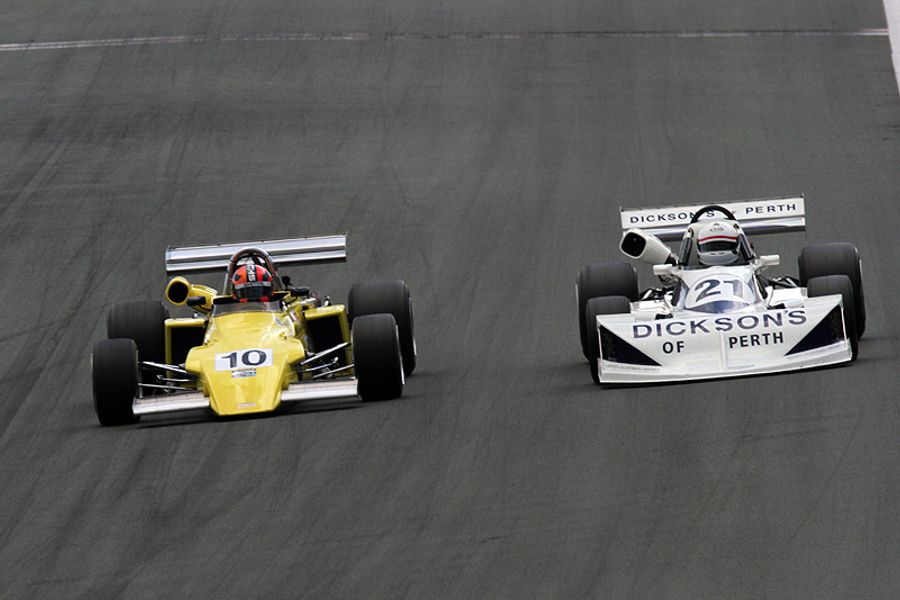 Matthew Watts and Darwin Smith were the winners in rounds nine and ten of the HSCC’s Historic Formula 2 FIA International Series at the Zandvoort Historic Grand Prix (6th-8th September). Two races for the capacity field of Formula 2 cars were among the highlights of this major date on the historic racing calendar and delivered a mighty spectacle at the famous track, with battles all the way down the field and across the classes.

Smith (March 722) and Watts (March 772) have not enjoyed much good fortune in Historic F2 so far this season but signalled their intentions for Zandvoort during qualifying to set the pace with Northern Irishman Smith taking pole by a third of a second from Watts. Overall title contenders Miles Griffiths (Ralt RT1) and Martin O’Connell (Chevron B40) were third and fourth as the flying Manfredo Rossi (class A March 712) and David Tomlin (Rondel M1) rounded out the top six.

Heading the other classes into the first race on Saturday were Marty Bullock (class C Chevron B34), Neil Shinner (class B March 712) and Stephen Weller (class E Elfin 600).

Unfortunately, Griffiths was an early retirement as Watts raced ahead and fended off the challenge of Smith to win by a little over four seconds. Smith, in turn, had a little cushion over Wolfgang Kaufmann in the ex-Stephen South March 782 before O’Connell headed a battling pack that also included class A protagonists Martin Stretton (March 712) and Rossi. Stretton took the class by just half a second in a very close finish.

The pace of Stretton and Rossi left Robert Simac (March 712M) back in third in class, but he still scooped important championship points while Bullock, Richard Ellingworth (March 74B) and Weller wrapped up the other divisions.

Sunday’s race was a real challenge with ever-changing weather conditions, but Smith was the master of the track and fended off O’Connell for a well-deserved victory. However, Smith could never relax for a moment as O’Connell gave determined chase to finish less than half a second behind. Watts took the final overall podium position as he headed Matt Wrigley (Chevron B42) and Kaufmann over the line. There was more disappointment for Griffiths with retirement on the penultimate lap.

In class A, Stretton and Rossi again battled hard and Stretton took the place by half a second while Mark Goodyear (Lotus 59) stepped up to win class B and move closer to the class title. Bullock was an early retirement from the head of class C but Weller upheld Australian honours by winning class E once again.