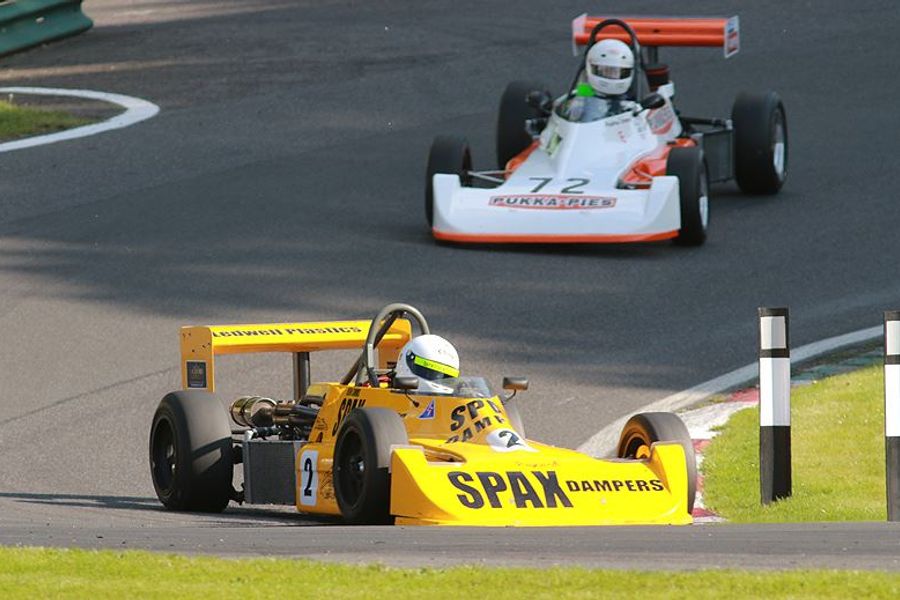 The fourth round of the 70s Road Sports Championship features another superb grid, headed by the Datsun 240Z of Charles Barter and double Snetterton winner Jeremy Clark (Lotus Elan). Clark heads a nine-strong squadron of Lotuses, including two Elans, two Seven S4s and no less than five Europas. To accommodate all the 70s field, the cars in the invitation class will share a grid with the Historic Touring Cars.

Not to be outdone by its younger brother, the Historic Road Sports Championship has also assembled a fine field capped by the Morgan Plus 8s of Bruce Stapleton, Richard Plant and Kevin Kivlochan. The twists and turns of Cadwell are not ideally suited to the mighty Morgans and Lotus Elan racer John Davison will be hoping to inflict another defeat on the V8 pack.

Another over-flowing entry will gather for two rounds of the Historic Formula Ford 2000 Championship, with reserves waiting to get a place on the grid. With Donington winner Andrew Park absent, former champions Benn Simms and Nelson Rowe should be the pacesetters. Both Simms and Rowe are in for busy weekends running two cars in four races and both will, as usual, rely on the support of their hard-working fathers to make it all happen. Meanwhile, the very rapid Ian Pearson will make his 2018 championship debut and has his father Bob on the grid in their pair of Royale RP30s.

The HSCC Historic Formula 3 Championship will bring the awesome 1-litre F3 cars to Cadwell Park, a track that hosted these cars nearly 50 years ago. The weekend’s races are, as usual, for the Justin Haler Memorial Trophy and European visitors Francois Derossi and Christoph Widmer will take on Steve Smith (Chevron B15) and Jonathon Hughes (Merlyn Mk14a).

Jonathan Lewis (Mini Cooper) will go up against the Lotus Cortinas of Richard Belcher and Roger Stanford in the Historic Touring Car double-header, while Mark Charteris, John Harrison and Adrian Holey head the Classic Clubmans field. Wrapping up the weekend are two races for the Lackford Engineering Sprite and Midget Challenge.