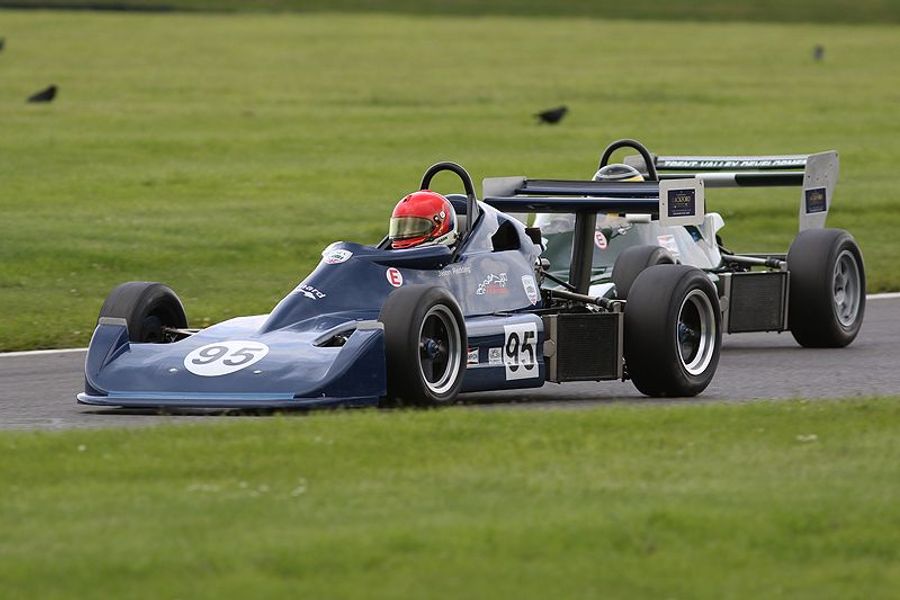 The Historic Sports Car Club’s first race meeting at the spectacular Anglesey track in North Wales (July 13/14) is set to be a great weekend by the sea.

With a full programme of 20 races, a total entry of more than 170 cars, a very special tribute to the life of Welsh racing driver Tom Pryce and the first stand-alone races for Formula Atlantic since the 1980s, it promises to be a memorable race meeting in warm and sunny conditions.

The best grid of the weekend is for Historic and URS Classic Formula Ford 2000, with a superb grid of 30 of the late 1970s and early 1980s Ford Pinto-powered single-seaters. Current Historic champion Andrew Park, fresh from success at Spa-Francorchamps, heads the entry and can expect opposition from Ian Pearson, Paul Allen and Jason Redding, while the Classic division is topped by Ben Stiles and Chris Lord.

The Formula Junior category also has excellent support for this visit to Wales with well over 30 cars across two grids and four races. Cheshire-based Peter de la Roche should set the pace in the front-engined races, while Sam Wilson (Lotus 20), John Fyda (Brabham BT6) and Peter Morton (Lightning Envoyette) will be to the fore in the rear-engined races. Remarkably, five Australian visitors will be among the Formula Junior ranks.

The fastest single-seaters will contest the Tom Pryce Trophy, a round of the XL Aurora Series for Formula 5000 and Formula 2 cars as well as the glorious Formula 1 Surtees TS9 of Judy Lyons. Her husband Frank (Gurney Eagle FA74) and European visitor Gislain Genecand (Surtees TS5A) top the Formula 5000 pack, while Matthew Wrigley and Steve Worrad feature in the less powerful cars.

Wrigley and Worrad will also line up in the first historic Formula Atlantic races for the 1600cc Ford-engined racing cars of the 1970s. An encouraging field for this new initiative includes Ben Mitchell (Winkelmann), Richard Ellingworth in his ex-Alan Jones March 742 and Liverpool’s John Murphy (Crossle 22F).

The 70s Road Sports Championship races will be a re-match between regular rivals Jeremy Clark (Lotus Elan) and Charles Barter (Datsun 240Z), with Mark Leverett (Lotus Elan) and Kevin Kivlochan (Morgan Plus 8) also in contention. Kivlochan will be a busy man as he is also racing his AC Cobra in the Historic Road Sports Championship, so will be on-track six times in two days. In the stunning Cobra, already a multiple winner this season, his key rivals include Jonathan Rose (Lotus Elan) and Larry Tucker (Shelby Mustang).

The HSCC Historic Formula Ford 1600 Championship always delivers excellent racing and there will be a new winner for 2019 this weekend as series dominator Cameron Jackson is away at a friend’s wedding. Instead, his Winkelmann will be raced by team boss Neil Fowler, who just happens to be a former five-time champion. Callum Grant is the main rival to Fowler but drivers like Danny Stanzl, Gislain Genecand and Cormac Flanagan will all be in the mix.

Period touring cars will contest two rounds of the HSCC Historic Touring Car Championship for pre ’66 cars, with a field topped by the very rapid Mark Jones in his Lotus Cortina. Richard Belcher’s Cortina will be a threat, while rally driver Peter Smith will have his second race weekend in his Lotus Cortina. He’s competed at Anglesey before, but at the wheel of a Ford Fiesta World Rally Car during the Lee Holland Stages back in March, so this will be a rather different experience.

Qualifying starts at 9am on Saturday, followed by the first of seven races at 12 noon. On Sunday, the first of 13 races will start at 9am.