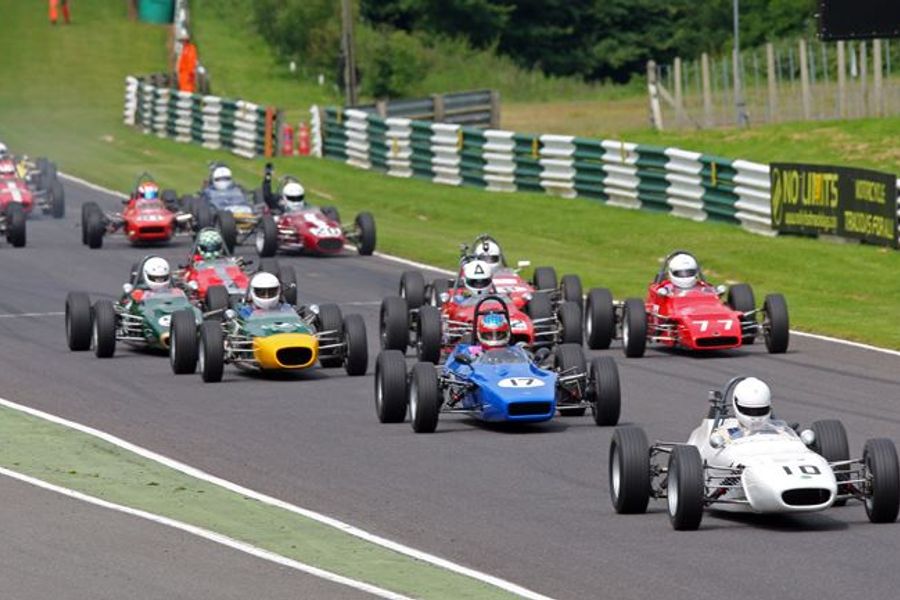 The scenic and challenging Cadwell Park circuit in Lincolnshire is the setting for the next Historic Sports Car Club race meeting of the season, the Wolds Trophy (Saturday/Sunday 27th and 28th of June).

The 23-race meeting features over 210 entries for double-header rounds of many of the club’s championships and is topped by the annual Justin Haler Trophy races for the Historic Formula 3 Championship. As has become the norm, the whole meeting has a strong F3 flavour, with rounds of the 500cc F3 Championship and the Classic F3 Championship giving a span of more 30 years of the Formula 3 story.

Topping the Historic F3 field will be James King (Chevron B17), Simon Armer (March 703), Jim Blockley (Brabham BT21A) and Keith Messer (Vesey), while Sam Wilson will be rapid in his front-engined U2 Mk3.

Top of the pack in terms of numbers is the HSCC Historic FF1600 Championship, with 34 entries for the maximum grid of 26 cars. The overspill from the FF1600 races will join the grid for the Classic Racing Car Championship.

It is proving to be a very open season to date for Historic FF1600 and young newcomer Richard Mitchell has enjoyed a tremendous start to his campaign in the Speedsport Merlyn Mk20. His key rivals include James Hadfield (Titan Mk4), Max Bartell (Merlyn Mk20), Simon Toyne (Lola T200) and Will Nuthall (Jamun T2), while Rob Wainwright (Elden Mk8) will be hoping for a space on the grid for the championship races.

Two races for the HSCC Classic F3 Championship are paired with the URS Classic Formula Ford 2000 Series and David Shaw (March 803B) is likely to set the F3 pace, although the progress of Andy Jones (Dallara F382) will be watched with interest as the Italian car joins the Classic F3 grid. From the FF2000 ranks, pacesetter Ian Pearson (Van Diemen RF82) will be chasing a place on the overall podium.

The Formula Junior category features prominently with four races, two each for the front- and rear-engined cars in the Silverline Formula Junior Championship. The rear-engined cars will compete for the Barry Westmoreland Trophy in memory of the popular Lotus racer. An excellent front-engined field is headed by Stuart Roach (Alexis Mk2), Mark Woodhouse (Elva 100) and Andrew Tart (Bond), while the rear-engined pack should be topped by Roach in his later Alexis Mk4, James Murray (Lola Mk5A) and Peter Morton (Lightning Envoyette).

Two grids of Road Sports cars will offer excellent variety to the single-seater action and it is the TVRs of Peter Shaw (Tuscan) and Julian Barter (3000M) at the head of the 70s Road Sports contest. In the ONI PLC Historic Road Sports Championship, Kevin Kivlochan will strive to keep his Morgan Plus 8 ahead of the smaller cars around the twists of Cadwell.