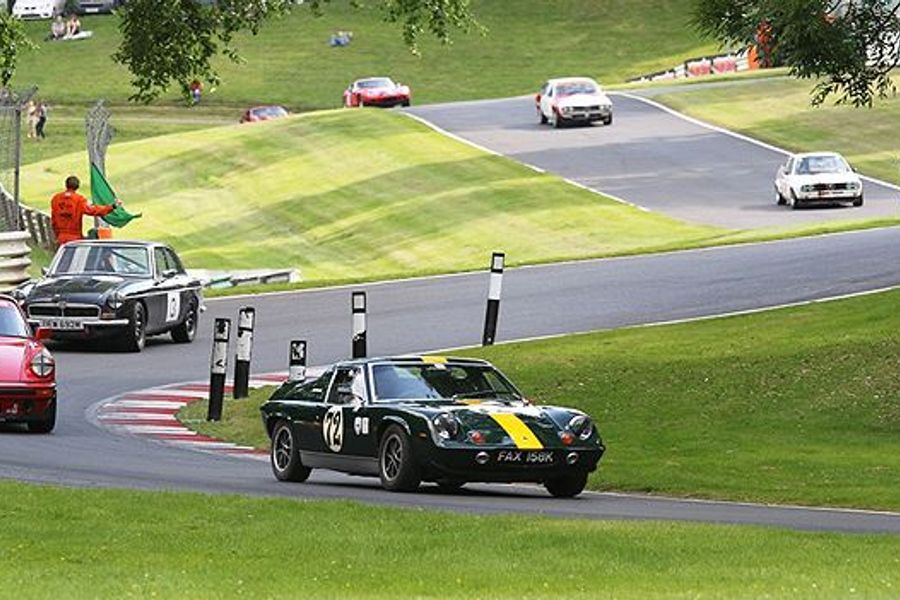 With over 200 entries and a total of 24 races, the Historic Sports Car Club’s annual visit to Cadwell Park (18th and 19th of June) looks set to be another tremendous weekend during the club’s 50th anniversary season. The Wolds Trophy weekend will celebrate two drivers who were part of the inaugural Griffiths Formula race at Castle Combe, the event that led to the creation of the Historic Sports Car Club. Back in 1966, Ivan Sharrock and Chris Drewett raced at Castle Come and now the Cadwell Park weekend will mark their part in that race as the club’s 50th anniversary celebrations continue. Once again, the Historic Formula Ford 1600 Championship has drawn a fabulous entry of 40 cars and the contenders will have four races to ensure everyone races twice. The top 10 from split qualifying sessions will go into the first points’ race, with the top six from a qualification race taking the final grid places for the championship races. There will also be a consolation race for those missing the two points’ scoring races. After four of the season’s 14 races, the title race is wide open with wins to date taken by Rob Wainwright, Callum Grant and Mark Shaw. With former champions Benn Simms and Sam Mitchell as well as rising star Benn Tilley in the field, the competition will be fierce. Julian Barter has won both rounds of the 70s Road Sports Championship to date this season and will head to Lincolnshire aiming for a hat-trick of wins against a very strong field. His rivals include his father Charles (Datsun 240Z), Will Leverett (Porsche 911SC) and Howard Payne (Lotus Europa). In the Historic Road Sports races, Kevin Kivlochan (Morgan Plus 8) will try and fend off the Lotus Elan of Peter Shaw. The HSCC/FJRHA Silverline Historic Formula Junior Championship contenders have four races, with a double-header for both the front and rear-engined cars. The rear-engined field will again contest the Barry Westmoreland Trophy and it should be Stuart Roach (Condor), Peter Morton (Ausper) and Nick Fennell (Lotus 27) to the fore. Roach also races in the front-engined pack in his Alexis Mk2 and will go up against Mark Woodhouse (Elva 100) and the Bonds of Andrew Tart and Mike Walker. Two races for the Historic Formula 3 Championship will remember racing journalist Justin Haler, the Autosport reporter who covered the 1-litre F3 category extensively in the late 1960s. The man most likely to set the pace is category newcomer Jon Milicevic who made a victorious debut last time out at Silverstone in his Brabham BT21B, while his rivals include Peter Thompson (Brabham BT21), Jim Blockley (Chevron B17) and Simon Armer (March 703). With three wins and a second from the opening four races, Andrew Park is having a superb early season in the Historic Formula Ford 2000 Championship in his Reynard SF81. However, Benn Simms won round four at Snetterton last time out and will lead the chase of the Cumbrian racer. The URS Classic FF2000 pack will share a grid with the Classic Racing Cars and Ian Pearson (FF2000 Van Diemen RF83) will be very hard to beat. The Classic Racing Car entry includes Andy Jarvis (Palliser WDB2), Julian Stokes (Tecno), Brian Cullen (Crossle 19F) and Mark Goodyear (Lotus 59), while Glenn Eagling races his immaculate Ensign LNF3 within the CRC pack for the first time. The ByBox Historic Touring Car Championship round will pit the V8 Ford Mustangs of Peter Hallford and Mark Watts against the Lotus Cortinas of Graham Pattle, John Avill and Peter Hore, with the leading Minis and Hillman Imps sure to be close to the front of the action. Completing a very full weekend are rounds of the Classic Clubmans Championship and two rounds of the Lackford Engineering Sprite and Midget Challenge with an excellent field.