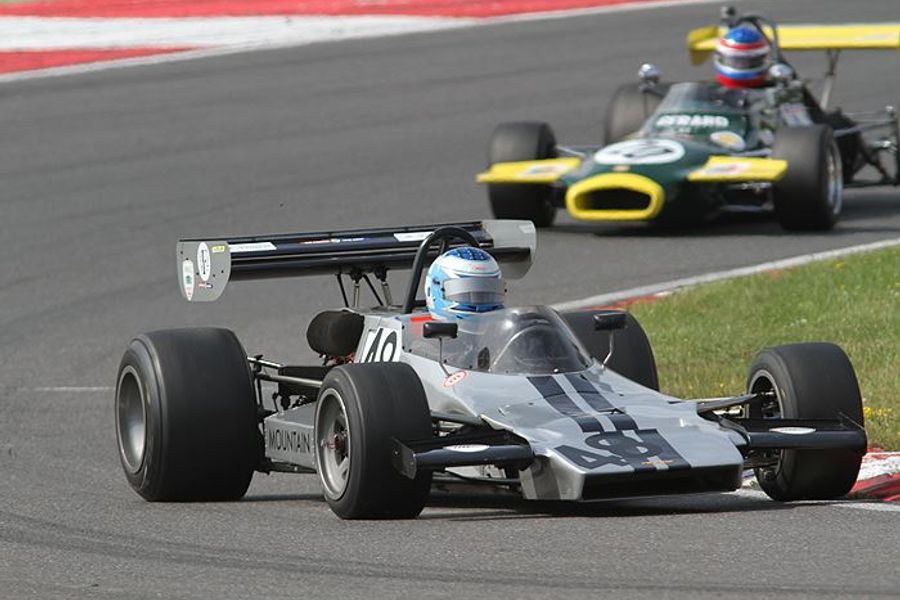 The Historic Formula 2 International Series will have a superb calendar of events in 2015, covering five of the best tracks in Europe in a 10-race schedule at circuits with a period Formula 2 heritage. The Historic Sports Car Club, which manages the series, has delivered a calendar that runs at high-profile historic festivals and offers competitors a good range of dates with five double-header race weekends evenly spread across seven months and visiting four countries. Three of the five events will also feature rounds of the FIA Masters Historic Formula 1 Championship.

At a time when historic race car values continue to climb, Historic Formula 2 offers outstanding performance with realistic car values. The category has a fine heritage and the championship is open to 1600cc and 2000cc Formula 2 cars, starting from 1967 and running right through to the end of 1978, as well as 1600cc Formula Atlantic and Formula B cars. Later cars, designed to employ ground-effect technology, are not permitted. Over 40 drivers scored points in 2014 and the signs are that support will grow further in 2015.

“We are very, very pleased to unveil the Historic Formula 2 calendar,” said Grahame White, CEO of the HSCC. “I think we’ve got a perfect set of events at wonderful tracks across Europe.”