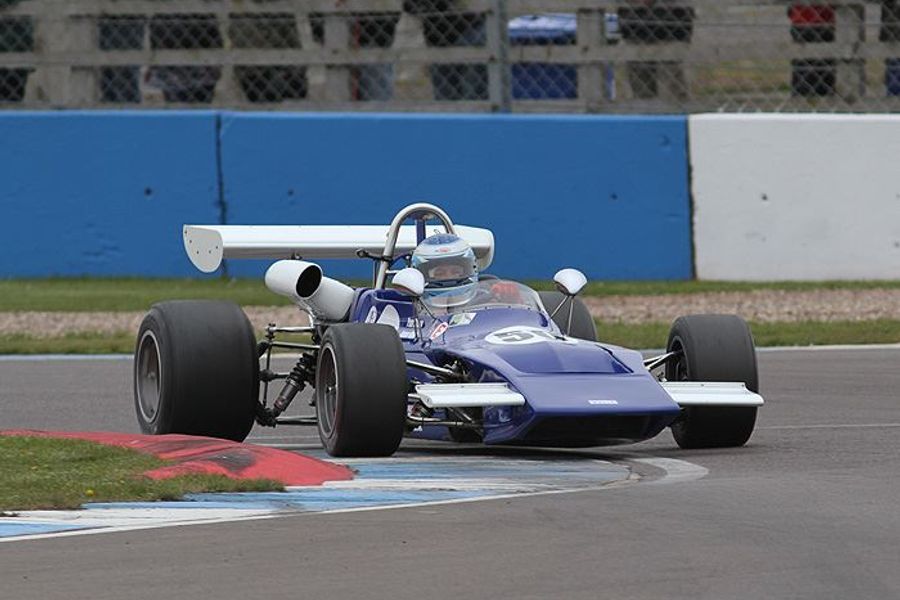 The Historic Sports Car Club has announced changes to the Historic Formula 2 FIA-sanctioned International Series with a revised points’ system and classes named in honour of some of the best-known period Formula 2 racers.
For 2017, there will not be an overall champion. Instead, there will be a champion for each of the four classes, which now carry some famous names. Contenders in Class A for the 1600cc cars from 1967 to 1971 will compete for the Jochen Rindt Trophy, while those in Class B for 1600cc Formula B and Formula Atlantic cars will contest the Gilles Villeneuve Trophy.
The competitors in Class C for 2-litre F2 cars from up to 1978 will compete for the Bruno Giacomelli Trophy and Class D for the early non-winged F2, Formula B and Formula Atlantic cars will be for the Jim Clark Trophy.
The points system has been revised with all finishers now scoring 25 points for first place down to three points for 15th place. In addition, one point will be awarded for the competitor setting the fastest lap during qualifying for their class and the fastest lap for their class in each of the races. This is subject to there being a minimum of two cars in the class during qualifying and a minimum of two cars starting in each race. The totals from all qualifying rounds will determine final championship points and positions.
The Historic Formula 2 International Series is open to single-seater racing cars built to the appropriate Formula 2, Formula B and Formula Atlantic regulations between 1st January 1967 and 31st December 1978, running to their original specification and using components of a type used in period. Cars must have a valid FIA Historic Technical Passport (HTP).
The season will be contested over 10 rounds at five events:
Friday-Sunday April 28th-30th, Donington Park
Saturday/Sunday June 17th/18th, Nurburgring
Saturday/Sunday July 1st/2nd, Magny Cours
Saturday-Monday August 26th-28th, Oulton Park
Saturday/Sunday October 7th/8th, Dijon
In addition, a non-championship double-header will run on Saturday/Sunday May 27th/28th at the fabulous Pau street circuit in France.
HSCC Formula Two FIA