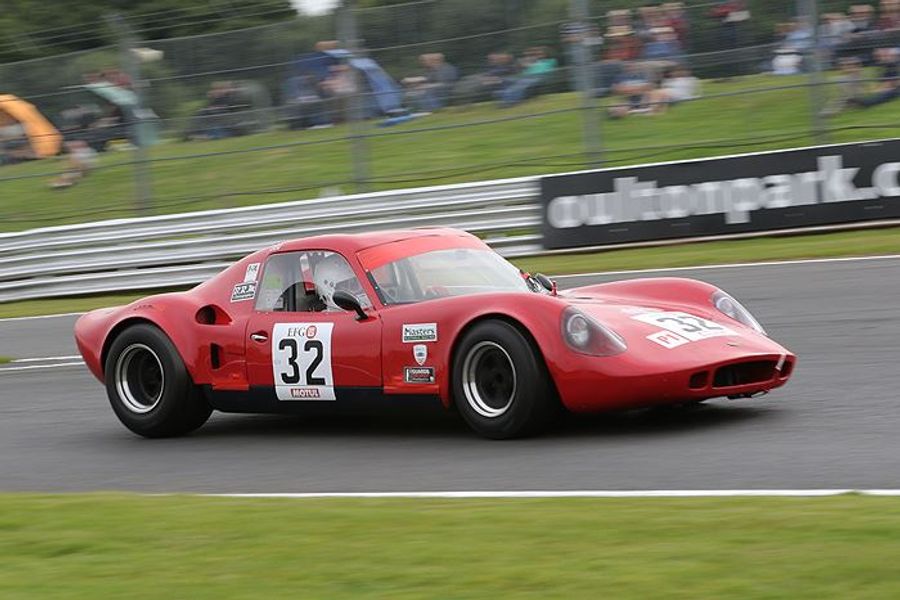 The 50th anniversary of the Chevron B8 will be marked with a unique one-make race at the Historic Sports Car Club’s Oulton Park Gold Cup meeting over the 2018 August Bank Holiday weekend.
The Chevron B8 remains one of the most enduringly popular sports-racing car designs and was one of the most successful projects from talented designer and engineer Derek Bennett, the founder of Chevron. Now, for the first time, a dedicated race will be held for the B6s and B8s.
The cars were built in a former mill in Bolton and were regularly tested and raced at Oulton Park. Over the ensuing half century, the B8 has claimed many victories at the Cheshire track, which is the perfect setting to celebrate this classic design.
The HSCC is aiming at a grid of more than 20 cars for this race, which will be a central attraction at the annual Gold Cup weekend. The race, to be held on Bank Holiday Monday, will be open to all B8s as well as the earlier B6s. In 1967, Chevron produced around six or seven examples of the model initially called the GT. Later in 1968, the GT was re-named as the B6. One of the most successful B6s is the car of Michael Schryver, a regular winner in the HSCC’s Guards Trophy and a four-time HSCC champion over more than 30 years.
More than 40 B8s were built during 1968 as GT or Group 4 cars, many with 2-litre BMW engines although some used Ford-based FVA or FVC engines. More B8s were produced than any other Chevron model during the decade that the company was at the forefront of UK race car production. Sadly, Bennett died after a hang-gliding accident in 1978.
The B8 made its race debut at Cadwell Park in early March 1968 in the hands of John Bridges and won its first race with Phil Silverston at Silverstone on 30 March 1968. Fifty years on, the B8 continues to be an incredibly popular car for historic racing.
Grahame White, Chief Executive Officer of the HSCC, said: “The Chevron B8 is one of the most desirable and sought-after sports-racing cars of a generation and we thought it was very appropriate to mark the car’s 50th anniversary with a race at Oulton Park. Derek Bennett was a truly gifted race car designer and constructor but was a very unassuming character. I think he would be amazed, but quietly rather pleased, that we are going to celebrate 50 years of one his most successful designs.”
The HSCC office is keen to make contact with all those who currently own a Chevron B6 or B8 and can be contacted on: office@hscc.org.uk