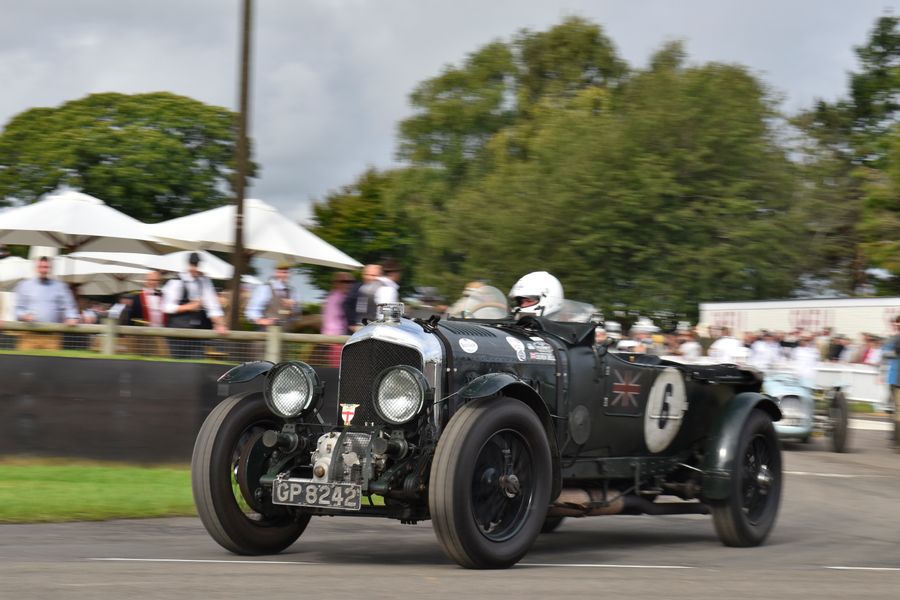 Goodwood have announced an all-new race for pre-1930 vintage racing cars, the John Duff Trophy, will make its debut at next Spring’s 77th Members’ Meeting.

An inductee of the Canadian Motorsport Hall of Fame, and one of the first ‘Bentley Boys’, John Duff was not only the first Canadian to compete in the Le Mans 24 Hours, but the only Canadian to take overall victory there, winning the 1924 race for Bentley alongside Frank Clement. As well as his Le Mans triumph, he held over 50 World Records in both speed and endurance.

Duff was born in China in 1895, then sent to the family hometown in Ontario, where he was educated before returning back to China. He fought for England during the First World War, but was wounded and sent to an English hospital to recover. He went on to marry the nurse that cared for him. It was here, in 1919, that he learnt to drive.

Just a year later, he made his racing debut at Brooklands and over the next few years he went on to break numerous speed and endurance records. He was known for his determination and famously drove a 3-litre Bentley for two consecutive days averaging almost 90mph at Brooklands to take the Double 12 record.

He learned of plans for a new 24-hour race, taking place in Le Mans in 1923 and was absolutely determined to race his own Bentley there. So much so, he convinced W.O. Bentley to let factory test driver Frank Clement join him. Together they came fourth, despite having to carry out repairs to the car mid race. W.O. Bentley witnessed the race and said it was then that Le Mans got into his blood. The following year, Duff and Clement returned to Le Mans and won the race; a full 10 minutes ahead of the competition. Following this success, W.O. Bentley entered a factory team into the 1925 Le Mans 24 Hours and raced there every year until 1930.

After retiring from racing, Duff was able to indulge in his other passion – horses. He was a horse-riding stuntman for several years in America, but later returned to England. Sadly, he was killed in a tragic riding accident in 1958 in Epping Forest.

The 77th Members’ Meeting will pay tribute to Duff, with a selection of vintage machinery from the late 1920s. Bentleys will be out in force to honour the man responsible for bringing Bentley to Le Mans, with challengers from Alfa Romeo, Bugatti and Mercedes-Benz also racing.