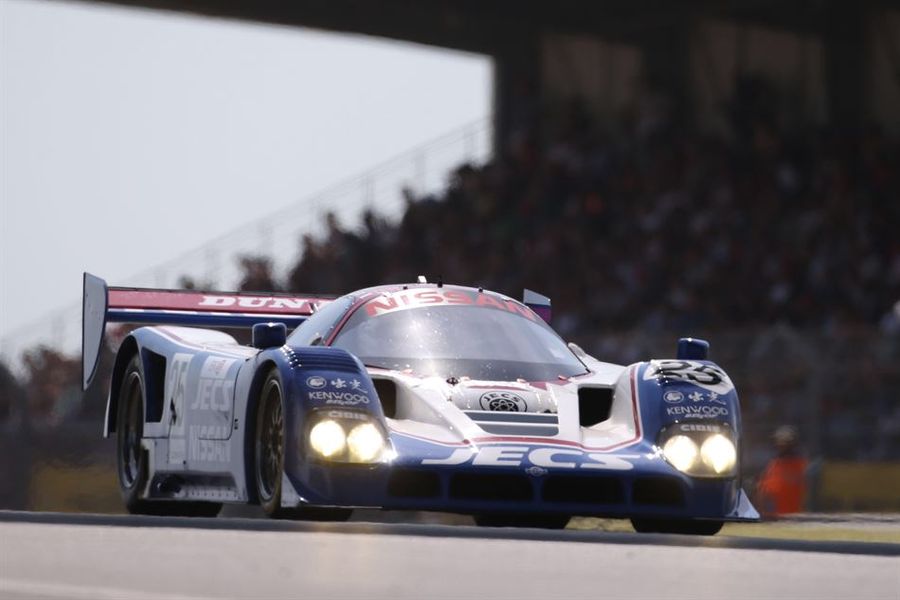 The Group C season opens at Jarama this weekend, the first meeting under the auspices of new series managers Peter Auto. This sees the series a main event at that organisation’s major European events and has already seen cars entered that were not regulars in the series in recent seasons.
We asked two drivers fortunate enough to have a Group C car in the garage what they thought of the move, with Frank Lyons, last season’s Group C2 champion in an ALD, part of the descion making process that had seen the series move the Frnch organisation.
“Group C was suffering a bit with lack of numbers for all sorts of reasons,” said Lyons, “in some cases the simple economics of running these cars. We ran at a couple of meetings each year with Peter Auto and they offered a bigger commercially-based operation to be involved with – previously if we had bought track time at a meeting and had a low turn-out if could be financially painful.
“It was a democratic decision to go with them, it was discussed with all the drivers and we had other options to go to, but they wanted a headline series and felt that Group C could do that for them. We have already seen more continental drivers coining out just because we are with Peter Auto now – and in all of my dealings with any part of Patrick Peter’s organisation, if they saw you will have a bottle of milk delivered at five minutes past seven in the morning it doesn’t arrive at four minutes past or six minutes past…but exactly when they say it will happen, and everyone knows where they stand with them.
“Their ace card though was probably the Le Mans Classic. We have run as a support race at the actual 24-Hours before thanks to the help of Duncan Wiltshire, but this year will be at the Classic. We haven’t sold out to anyone and the drivers still own the series, but they are brining some great ideas to the series and it should still be a good fun series with these fabulous cars.”
Frank’s thoughts were echoed by Mark Sumpter, who is intending to take in several races in his Porsche 962 – chassis 011, an ex-Joest Racing car with some substantial aero development and the last 962 to win a World Endurance Championship round.
“I think it’s a great thing,” said Sumpter. “Peter Auto have the audience and they also have the guys there now who can afford to buy and run a Group C car. In the UK we had people who would flit in and out of the series – myself included – but other than that you always wanted all the good quality cars there at the front. It ought to be  a proper championship – a European series maybe.
“Looking at the calendar Jarama isn’t quite where I would want to start the season and I am going to do as many in my 962 as the budget will stretch to – so we will start of at Spa, do the Silverstone Classic but I am at the Le Mans Classic in a Porsche RSR so I am not sure yet if we will do the Group C race as well. Paul Ricard at the end of the year should be good - I am pretty much doing every other race but if all goes well would like to do the full season next year.”
Group C Peter Auto Jarama