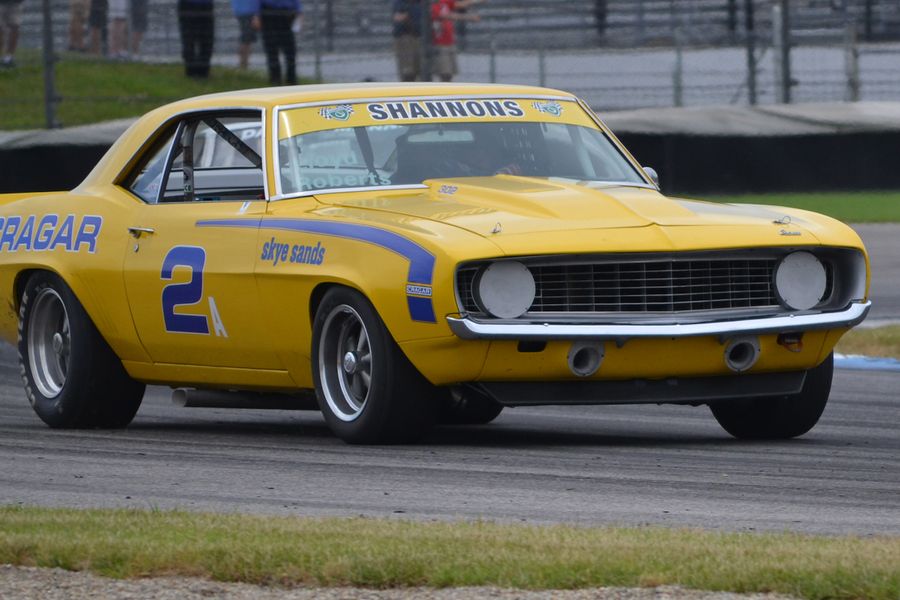 “Ron and Boris are no strangers to SVRA and VROC competition, having raced with us in various cars many times before,” said SVRA President and CEO and majority owner of the Trans Am Company, Tony Parella. “I’m proud that we can present a high-profile race that once again pits Boris and Ron against outstanding former full-time NASCAR champions like Bobby LaBonte, Mike Skinner, Ron Hornaday and Johnny Benson.”

Fellows built an exceptional career in auto racing both at the wheel and on the business side with ventures such as the Ron Fellows Performance Driving School and Canadian Tire Motorsport Park among others.  He is one of Trans Am’s most prolific winners with 20 overall victories, including his latest coming in 2014 after an 18-year hiatus. During a driving career that dates back to the early 1980s, he amassed an amazing record of championships and victories across a dazzling array of disciplines.

His major accomplishments include 25 ALMS wins where he also won three consecutive GTS driver’s championships. He was the overall winner in the 24 Hours of Daytona in 2001 and brought home two first-place GTS trophies at the 24 Hours of Le Mans in 2001 and 2002.  Fellows competed in all three of NASCAR’s top series, Cup, Nationwide (now Xfinity), and Trucks. He was particularly successful in Nationwide where he picked off four victories to go along with eight other top-five finishes. In the Truck Series, he scored two wins and two thirds in just 15 races.

Boris Said amassed myriad accomplishments beginning at the onset of his career when he won SCCA Rookie-of-the-Year in 1987. He was national runoffs champion three times, in 1989, ’90, and ’91. It wasn’t long before he asserted his prominence in sports car racing with GT class wins in the 24 Hours of Daytona in 1997 and 1998, as well as the 12 Hours of Sebring also in 1998. In 2004 he was crowned the Rolex Sports Car Series GT champion and followed that up by becoming the first American to score a 24 Hours of Nurburgring victory in 2005.

His prowess as a road racer attracted the attention of NASCAR teams and by 1995, he began racing in the Truck Series where he scored a victory at Sonoma in 1998. He raced in all three major NASCAR series, scoring eight top-tens and two poles in Cup competition, a win in the 2010 Montreal round of the Xfinity series, along with nine top-tens and three poles in Trucks, to go along with his Sonoma win. A versatile talent, Said has also competed in the Australian V8 Supercar series and even the X Games in 2007 and 2015. Said returned to his winning ways by taking the VIRginia International Raceway (VIR) Trans Am race in 2019. He also won the VROC Charity Pro-Am at VIR in 2018.

The VROC Charity Pro-Am cars are primarily 1963 to 1972 vintage Corvettes, Camaros, and Mustangs of SVRA “Group 6” A and B Production.  The professionals will be paired with amateur drivers. Amateurs will start the race and be required to drive a maximum of seven laps. In addition to the Pro-Am, the Speed Tour Michelin Raceway Road Atlanta weekend is a festival of other activities, including professional Trans Am by Pirelli series races on Saturday and Sunday.