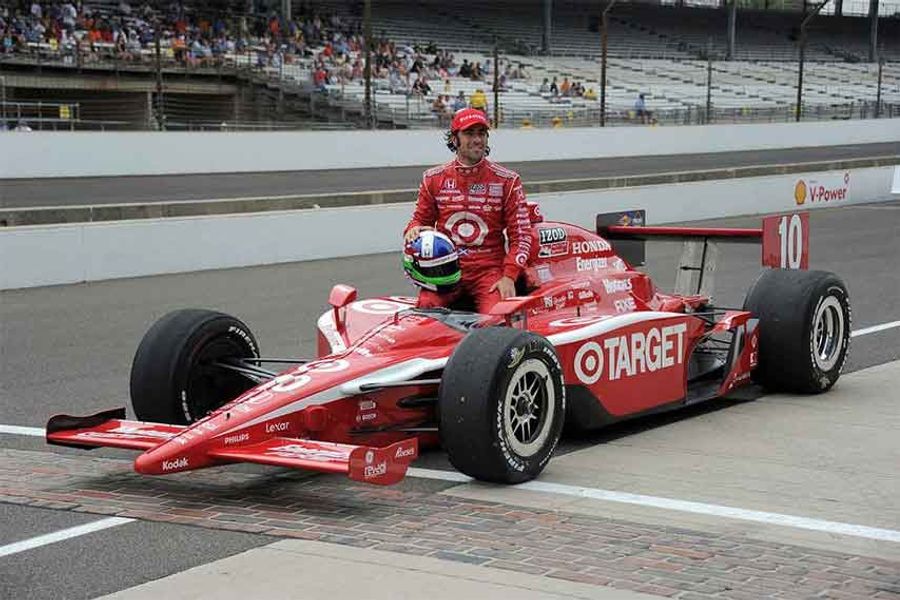 Dario Franchitti, a three times winner of the Indy 500, four times IndyCar champion, and knowledgeable motorsport historian is one of the famous names to attend the Gala Evening celebrations on the opening day of the London Classic Car Show (Thursday 23rd February). Scots-born Franchitti, who also won the Daytona 24 Hours in a long and highly successful career, will join four other round-the-clock race winners in a unique celebration of classic motorsport at the show, which runs from 23rd-26th of February at ExCeL, London.
The others are Le Mans legends Jacky Ickx and Derek Bell with no fewer than 11-wins between them, Emanuele Pirro, who claimed victory at Le Sarthe five times and Jürgen Barth, who also shared a Le Mans win with guest of honour Ickx. Bell, meanwhile, can add three wins at Daytona to the marathon men’s tally.
Both Ickx and Bell also raced for Scuderia Ferrari in Formula 1 and in sports cars, adding further to what is going to be a very special occasion as one of the show’s highlights will be an incredible collection of 20-Ferrari road cars together worth a around £120 million. Among the mouth-watering gems will be a 1961 250GTO, alone worth an estimated £35 million; a 1984 288 GTO, worth £2.2 million; and a glorious 1972 Dino that’s a positive bargain at ‘only’ £350,000.
Ickx will be fêted with a display of five significant cars from his remarkable career – Grand Prix single-seaters and endurance sports cars will rub shoulders with a Paris-Dakar rally car – while a new feature of Car Club Square will be the unique pop-up Beaulieu Autojumble opening on Saturday and Sunday.
Entry to the London Classic Car Show also incorporates entry to its sister  show Historic Motorsport International (HMI), which is devoted to historic racing and rallying.
HMI will open its doors at 12 noon on Thursday, 23rd February while the London Classic Car Show will burst into life at 3pm that afternoon giving visitors a chance to savour the exhibits in advance of the star-studded Gala Evening.
Franchitti Historic Motorsport International London Ickx Bell HMI